8-Month-Old Pit Bull Tied To Tree, Only Had Plastic Crate To Protect Her As Vultures Started Surrounding 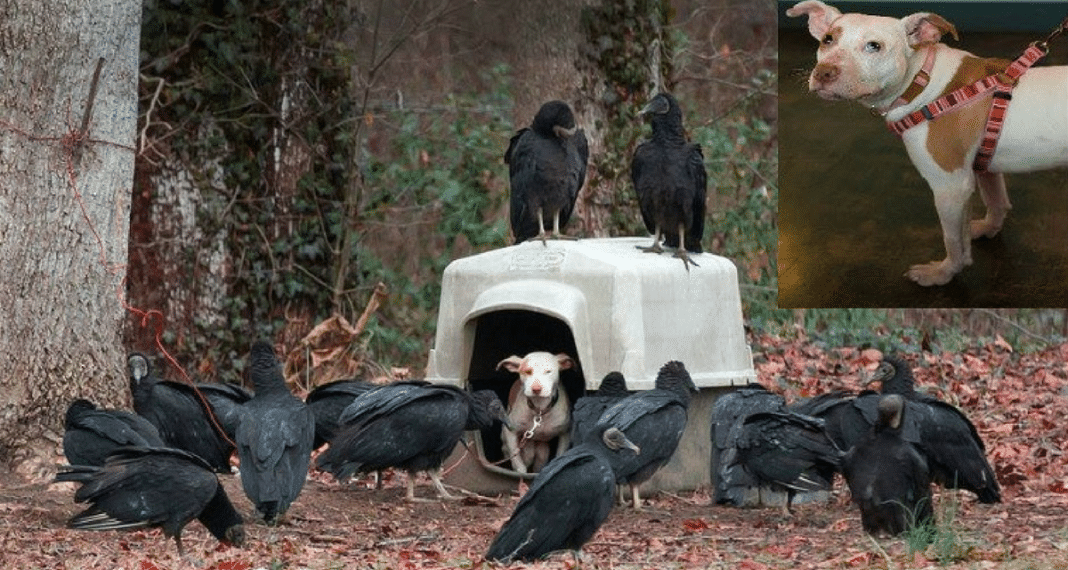 Whenever you see vultures, you must think of gloom and doom. In movies when they’re close by, they foreshadow terror, death or a dark event on the horizon. But for one puppy pit bull named Lilo, the vultures might have just saved her life.

This particular photo was taken way back in 2014. It’s made the rounds about the internet several times. It shows Lilo cowering in a plastic house in Greensboro, North Carolina. She’s chained, scared and surrounded by vultures who are seemingly waiting for her to die so they can pick at her bones.

Here’s the post that accompanied the photo. “Meet Lilo the Pit Bull. On December 30, 2014, multiple neighbors called the Guilford County Animal Control in Greensboro, NC after seeing a dog tied to a tree with a cable, sitting in a plastic doghouse and surrounded by vultures! After this picture was taken, she was removed from the property and taken to the shelter. The pos owners said that the vultures started coming on Christmas day and yet they still left this sweet little angel outside, not caring what happened to her….”

The vultures are unafraid of her and don’t have boundaries. They darken her doorstep, perch on the roof of the plastic house and just hang out in the trees above. Lilo just sits there. Guilford County Animal Control was called in to remove her from her current deplorable situation. They were alerted to the 8-month-old puppy’s living situation by a concerned neighbor.

Lilo was despondent as the officer arrived and removed her. Before leaving the property with her, the officer left a note for the owners. They later called saying Lilo would be claimed. Thankfully, they didn’t keep their word. Soon after she arrived at the shelter, Lilo was taken in by a foster family who is giving her the love and attention she so deserves.

Thanks to the vultures, Lilo now has a new, and better life with people who love her unconditionally. 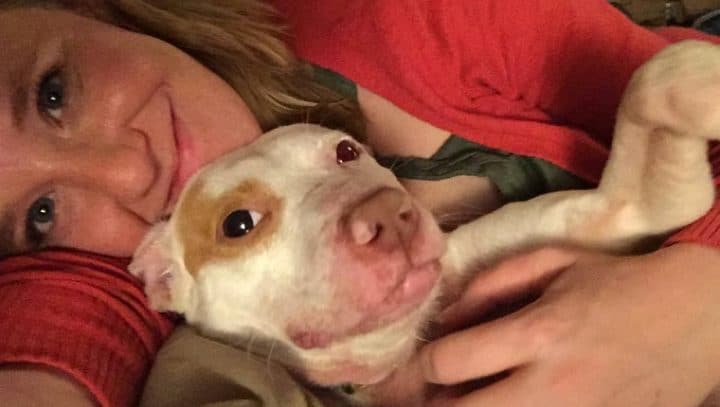