This 77-Year-Old Just Won A Race Most 20-Year-Olds Can’t Even Finish! 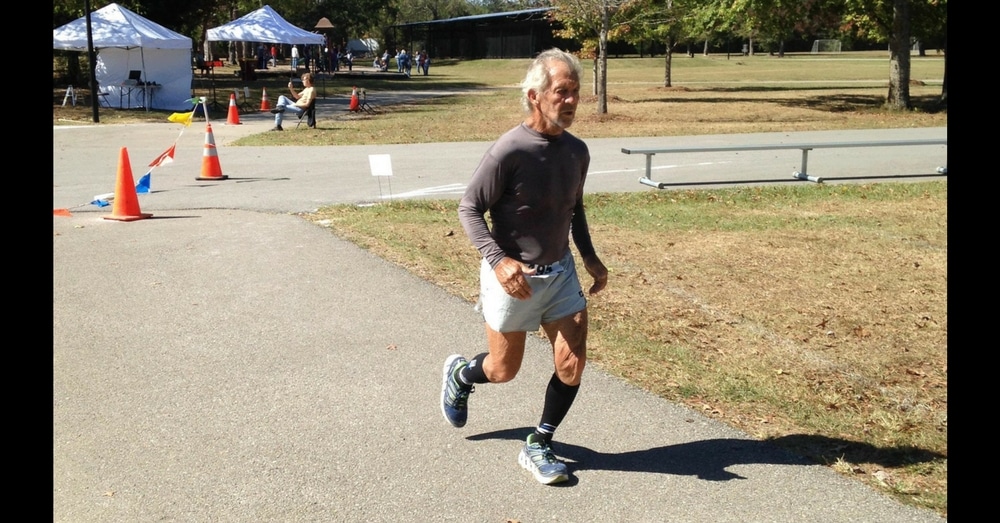 Doyle Carpenter’s first job was when he was 12, as a caddy at a golf course. Too young to drive, he ran the three miles each way to and from the highway, where he hitchhiked back and forth to work.

After a stint in the Army, he spent much of his life as a bricklayer. Then, after he retired, he bought a farm in Thorn Hill, Tennessee, where he raises longhorn cattle.

Carpenter is a pretty tough guy. So in the great scheme of his life, he doesn’t consider it a big deal that, at 77, he’s winning ultramarathons.

“A lot of people, they have hip, ankle, knee problems,” he said. “But I guess I was born lined up right.”

In October, Carpenter won the Endless Mile in Alabaster, Alabama, completing 149 miles within the 48-hour time limit—in spite of cold overnight temperatures that had the race director clocking laps from inside a sleeping bag. This appears to tie the 48-hour road record for his age division set last year by a 77-year-old and recorded by the American Ultrarunning Association. That earlier performance is still awaiting official validation.

In all, Carpenter has run 130 ultras, including one in 1988 in which he did set a certified record at the time, chalking up 221 miles in 48 hours, indoors, in Pensacola, Florida. He’s also created his own: the Indian Run, a 60-mile race that includes 20 miles across Clinch Mountain in Tennessee.

Carpenter said he’s lost count of the number of marathons he’s finished, though they have included four Bostons.

“I’ve run just about all my life. It’s just something I got pretty good at,” he said. “Generally your favorite sport is what you’re the best in, and I’ve always been a good runner.”

Read about how Carpenter stays young, healthy, and fit at Runner’s World.