76-Yr-Old Singer Aretha Franklin ‘Gravely Ill,’ Death Is ‘Imminent’ As Family Gathers By Her Side 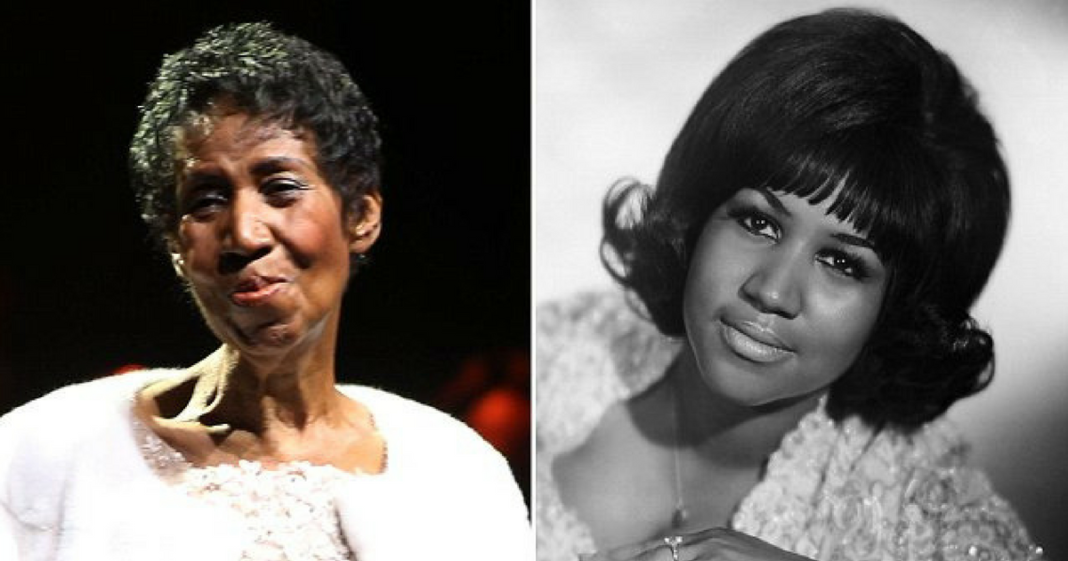 According to an anonymous source, The Queen of Soul, 76-year-old Aretha Franklin is “gravely ill.” She is surrounded by friends and family in Detroit. The 18-Grammy-award-winner has allegedly battled pancreatic cancer for years. Though the singer never confirmed the diagnosis.

Franklin had this to say about that particular rumor. “I don’t know where ‘pancreatic cancer’ came from,” she told Access Hollywood in 2011. “I was sitting there reading the newspaper, and it was saying someone in my family said that. No one in my family ever said that to anybody.”

Showbiz411’s Roger Friedman first reported the news of her condition on Sunday. He said Franklin’s family is “asking for prayers and privacy.”

According to reports, Aretha Franklin is "gravely ill" and surrounded by her family. ?? #ArethaFranklin

Franklin — who has previously struggled with her health — is very sick and her death is “imminent,” PEOPLE confirms.

“She has been ill for a long time,” a longtime friend tells PEOPLE. “She did not want people to know and she didn’t make it public.

At the Queen of Soul’s birthday celebration in 2016, the singer’s friend and journalist Roland Martin tweeted a photo of Franklin. In the caption, he seemed to confirm her condition.

“Many of you are asking me to confirm the health status of @ArethaFranklin. Folks, I’ve known for several months. The Queen is surrounded by loved ones. That’s all I will say for now. Please keep her, the family and her longtime support staff in your prayers.”

BREAKING NEWS: I am so saddened to report that the Queen of Soul and my good friend, Aretha Franklin is gravely ill. I spoke with her family members this morning. She is asking for your prayers at this time. I’ll have more details as I’m allowed to release.

Just got a chance to speak to Aretha Franklin. She is resting and surrounded by close friends and family. More details ahead on Local 4 News at 12pm. #ArethaFranklin #aretha

Franklin has struggled with health problems for many years. This didn’t stop her from entertaining audiences. Her most recent performance was last November at the Elton John AIDS Foundation in New York. Doctors orders forced her to cancel a series of concerts last summer. These events weren’t the first the “Respect” singer canceled. Her doctor recommended she cancel her performance at the New Orleans Jazz & Heritage Festival in March of 2017.

“Aretha Franklin has been ordered by her doctor to stay off the road and rest completely for at least the next two months,” Franklin’s management said in a statement to  Rolling Stone. “She is extremely disappointed she cannot perform at this year’s New Orleans Jazz & Heritage  Festival as she had expected and hoped to.”

Aretha Franklin has well-earned her title of Queen of Soul. She was the first woman to be inducted into the Rock and Roll Hall of Fame. In 2010, Rolling Stone called her the greatest singer who ever lived. We wish her a speedy return to good health.