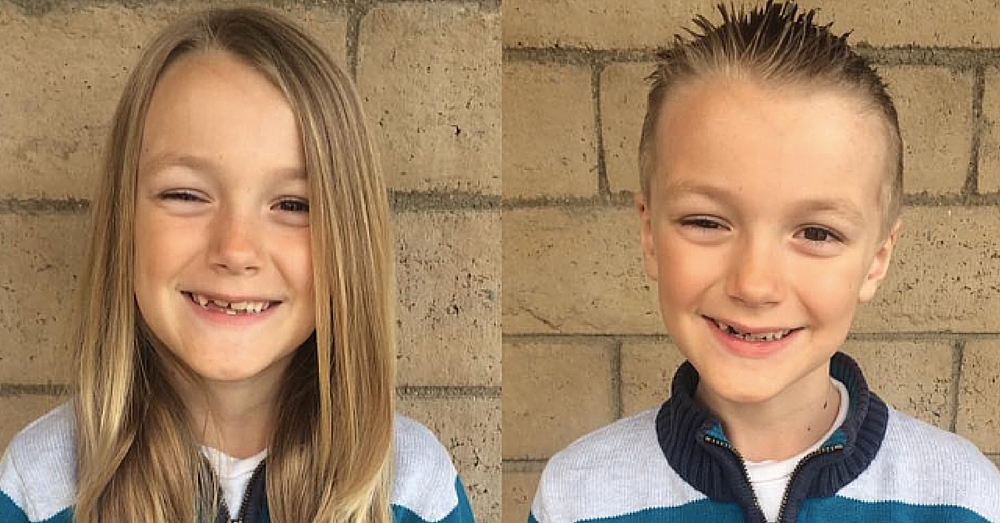 Seven-year-old Vinny Desautels spent two years growing out his hair so he could donate it to be made into a wig for kids with cancer. He endured teasing from his classmates who told him he looked like a girl, but he was determined to finish what he had started.

“I am so proud to call this little man my son,” Vinnie’s mom, Amanda Azevedo, wrote in a Facebook post. “He has been growing out his hair for the past 2 years and I had the privilege of being the one to cut it for him. He’s been teased and mistaken for a girl several times but he stuck with it because he knew it was for a good cause. Vincent, I love you to the moon and back. You are the most selfless 7-year-old I have ever known.”

Sadly, in a cruelly ironic twist of fate, just weeks after donating his long locks Vinnie himself was diagnosed with cancer.

“It is a stage four, aggressive cancer,” his dad, Jason Desautels, said in an interview. “So, basically what they found is that he has a significant growth on his hip and in the bone around the eye and behind the nose and on the cheek on the right side.”

The family is still waiting for an official diagnosis of what kind of cancer it is, but oncologists believe it to be Ewing Sarcoma, a form of bone cancer.

Vinny’s grandparents started a GoFundMe page to help raise money for the family during this difficult time, but after raising almost $500,000 the family has suspended fundraising and asked people to donate to other families in their area whose children also have cancer.

This is a difficult time for the family, but they have been encouraged by the outpouring of love and support they have received. “The support towards Vinny has been beyond extraordinary, and we appreciate all of it,” they posted on the GoFundMe page. “However this is all new to us as a family and we don’t want to lie to you we are a little uncomfortable…please bear with us….we are very positive and optimistic. Thank you all for your time and support.”

Through it all, they are determined to stick together and beat Vinnie’s cancer together. “As long as we are doing this as a family,” Amanda affirmed, “we got this.”

Will you keep young Vinnie and his family in your thoughts and prayers? So share this!