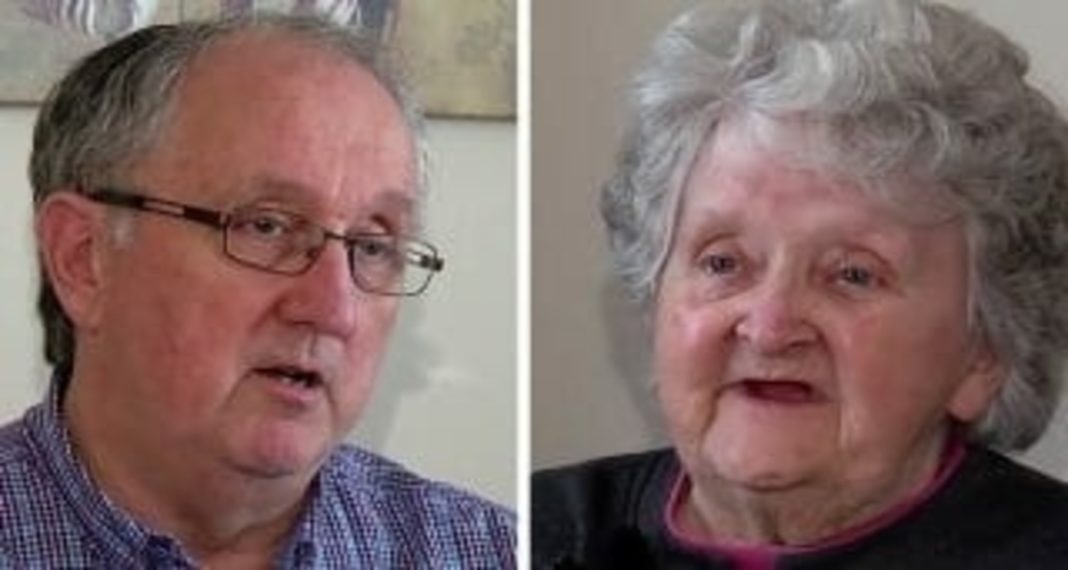 For those who were adopted, their births and biological families are a mystery. For many, they want to know where they came from. With the advent of at-home DNA kits, discovering the missing pieces of your past can be much easier than in previous decades.

For one 64-year-old man from New York, one of these kits would lead him to the mother he’d never met.

For Wayne Grow, all he knew of his past is the time, date, location and year of his birth: 2:57 a.m. on Feb. 17, 1954,  in Syracuse, New York. This is all he’d know for over 60 years. His mother, Dorothy Thompson, was still in high school when she had him. She couldn’t care for him so she put him up for adoption. In the 1950’s, it was scandalous for single women to have and raise a child.

Dorothy never signed up for the New York Adoption registry. She went on with her life, moving across the US. And back, becoming a mother of two daughters in the process. She only spoke once about the son she had and then gave up.

Her son, Wayne though, became curious about his ancestry. He started investigating on his own. Hiring a private investigator was too expensive. He opted for a less expensive option of purchasing an at-home DNA kit. He submitted his DNA for testing; it cost him $78 instead of three grand.

Our DNA samples are off to the Ancestry lab. Ethnicity results should be interesting. We'll share as soon as we receive them. What are your predictions?

He didn’t count on his tests to present DNA matches. Two matches he received were for first and second cousins. He was growing closer to finding his birth mother.

Wayne reached out to one of his cousins. They communicated by email. His cousin gave him Dorothy’s phone number. Understandably this made Wayne extremely nervous about speaking with her, but there was still something missing in his life.

“I’ve got the number. I’ve got the name. I’m just going to do it. I’ve just got to do it. I’m not going to think about it,” he said to his wife about the call. “It rings, and each ring seems like  about two years between a ring.”

I imagine Wayne’s heart is pounding so hard in his chest he can hardly hear the ringing of the tone in his ear. Dorothy didn’t answer that time. Wayne called again the next morning.

After a few rings, when she picked up, all Wayne heard were these three words: “Um, you’re him.” Wayne responded asking “I’m who?” to which Dorothy knew the answer.

After saying the words they both needed to hear, Wayne and Dorothy began to cry. They were so overjoyed and pleased to be finally speaking.

“I always wondered where he was, if he had a good home, what he was doing,” Dorothy said. “The  normal things you think about, and I’d keep thinking you know, I wish someday I’d see him.”

They discovered they lived just down the road from one another. That day wouldn’t wait. They settled on meeting later that evening for dinner.

“She opened up the door, and she just flung her arms around me, and I did around her, and we didn’t  even say anything,” Wayne said. “We just cried,,” he said about their first meeting.

Man reunites with his mother after more than 60 years

REUNITED: 64-year-old man meets his mother after she gave him up for adoption when he was a baby. "We have a ton of catching up to do."

Wayne has more family to love and get to know. He grew up with a sister but has two more sisters he’s never known. Dorothy, too, has a more extensive family to love. She has three children, seven grandchildren, and seventeen great-grandchildren: “I’m happy,” she said. “I feel more alive. My family is complete.”

What a sweet, heartwarming reunion. It’s so lovely when families can finally come together. There’s so much love to go around.