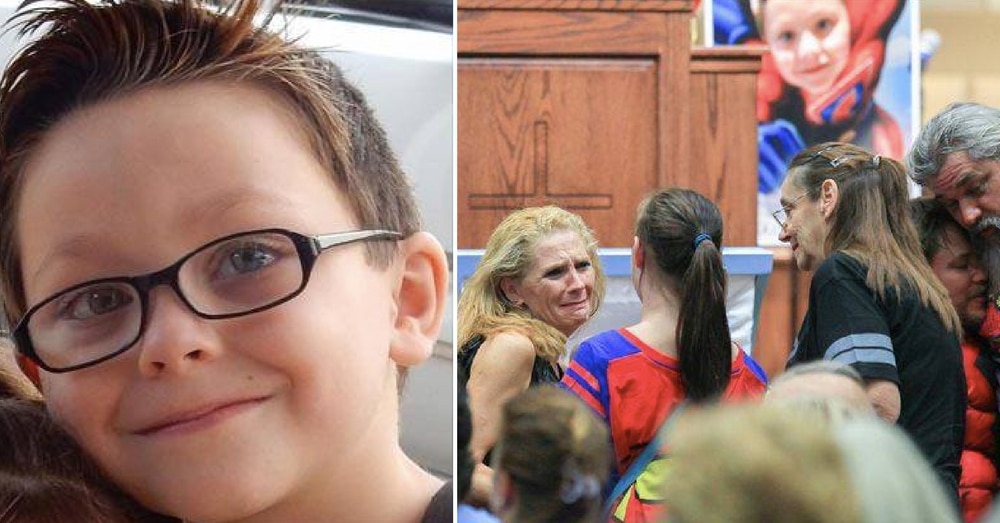 The country sent up thousands of prayers as 6-year-old Jacob Hall fought for his life after being shot by a gunman on his school playground. Tragically, the sweet little boy didn’t make it, and he passed away on October 1.

Wanting to honor his memory in a special way, his parents decided to incorporate Jacob’s love of superheroes into his funeral.

The young boy was laid to rest dressed as Batman, his favorite superhero, and those attending the funeral were asked to dress as superheroes as well.

People began to fill the pews Wednesday morning before the service began. Some wore superhero shirts while others dressed in full costume.

Many local police officers honored Jacob by wearing superhero shirts under their uniforms.

Prior to the funeral, Jacob’s heartbroken parents, Rodger and Renae Hall, issued this statement:

Jacob came into our lives six years and four months ago and changed it completely. He showed us how to love, laugh and smile even on days we did not want to. God gave him to us and he was taken away from us by a senseless act. We know that Jacob has already forgiven this child for what he did to him and his family because that’s the kind of child he was. Jacob was sent to this earth for this short a period of time to show us that there is such a thing as pure love. Jacob is in heaven with God now and everyone who loves him. Words cannot express how much we will miss him.

The alleged 14-year-old gunman, who was also accused of killing his father and shooting a teacher and another student, is being charged as a juvenile and facing three attempted murder charges and weapons possession charges.

Were you touched to see so many honor Jacob in this special way? So share this!