6-Yr-Old With Autism Reads To Shelter Dog Every Week. What Happens Next Is Stunning 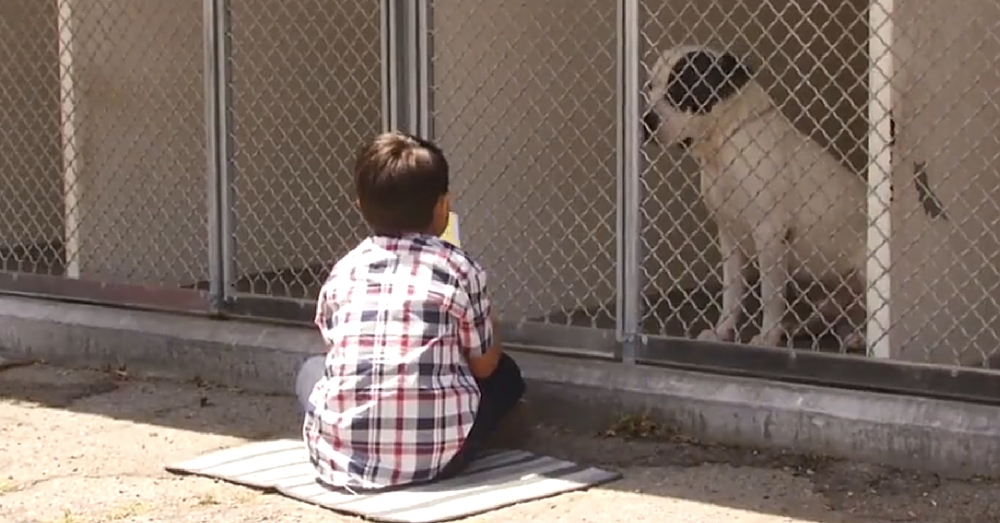 When he was growing up, 6-year-old Jacob Tumalan’s mom knew there was something different about him. “I noticed things were different,” said his mom, Katherine Tumalan. “He didn’t want to play with other children.”

Jacob was diagnosed with autism when he was 2 years old and seemed to lose all of his verbal skills. “It was really hard knowing something was different and your child’s going to have this all his life,” Katherine said.

While Jacob wasn’t interested in many things, one of his few interests was books. Even as a baby he loved being read to. But Jacob’s mom was worried about his lack of progress in other areas.

That was until Jacob’s aunt, Lisa Ferranti, an animal rescue worker, brought him to the animal shelter. She immediately noticed the special bond he had with the animals there. “Jacob is so calming,” Ferranti said. “He walks through and he’s not yelling or banging on the cages.”

Jacob began visiting the dogs at the shelter weekly, bringing a mat and a book with him and reading to the dogs. Since he’s been going, Katherine has seen a lot of progress in her son. “My son has always had a big problem with loud noises and a lot of activity around him,” she said. But “when he’s there, he looks like he’s pretty focused and he could block a lot of that out. At times he’ll cover his ears, but he stays in tune with the dogs while reading his books, so that’s pretty awesome to me.”

The reading isn’t only therapeutic for Jacob – it is calming to the dogs whose lives are spent in cages, hoping someone will adopt them. It also helps them become more comfortable around humans, children in particular. “I think it helps socialize the dogs with children,”Ferranti said, “and at the same time helped Jake socialize with animals more.”

Since he began reading to the dogs, Jacob has come out of his shell and is now reading at a third-grade level, two things that have made his mom very happy.

Did you love seeing how this boy and the dogs he reads to are helping each other? So share this!