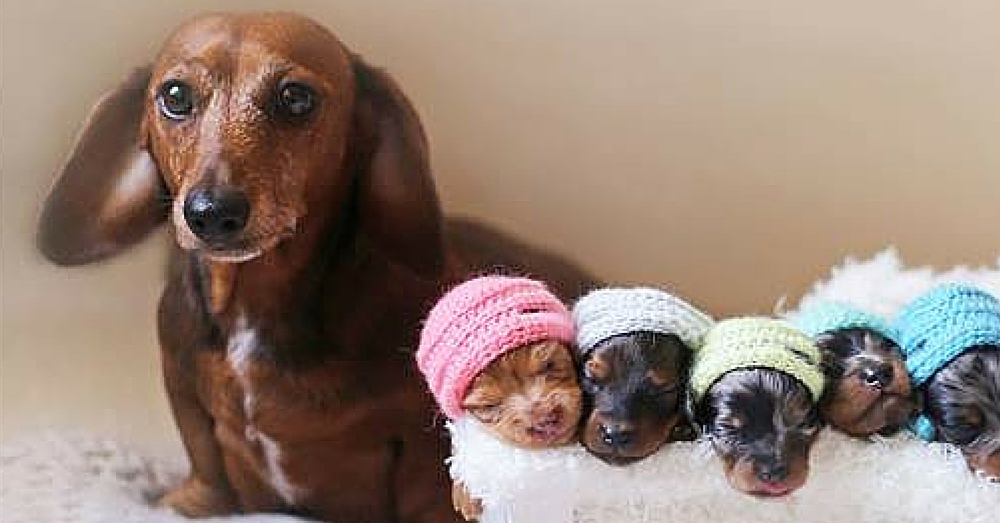 One dachshund is giving humans a run for their money when it comes to family photos.

In a photo series, the pup and proud new mama named Mia got a chance to show off her six newborn puppies. The pups, all bundled in a fluffy, white blanket and knitted hats, sleep soundly (and adorably) near their mom. 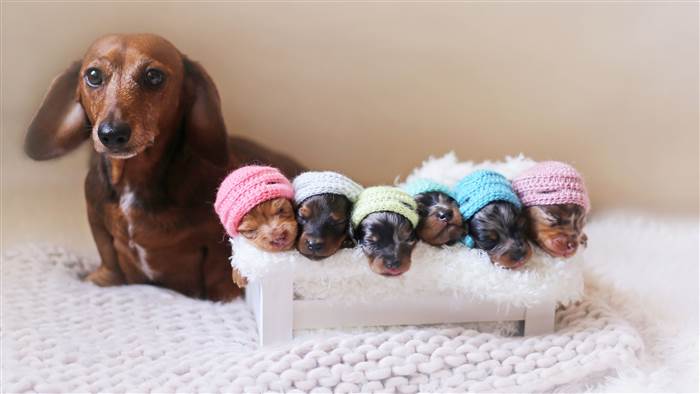 Mia’s owner, Monica Sanchez, 35, said she decided to do the photo shoot for her son. “I didn’t have dogs or puppies growing up,” the McAllen, Texas, resident told TODAY. “And I wanted my son to see that. I’m just real crazy about capturing moments.”

As for where those adorable bonnets came from? That was thanks to a friend of photographer Belinda Schenk. 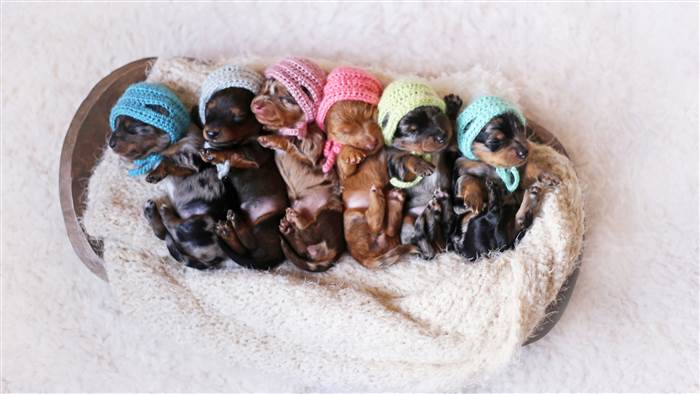 “A friend of mine crotchets and I told her, ‘You’ve got to help me make bonnets for them!” she told TODAY. “We were told their heads were as tiny as gum balls. We just winged it, but it all worked out.”

Schenk said she wasn’t surprised to get the phone call from Sanchez — at first. 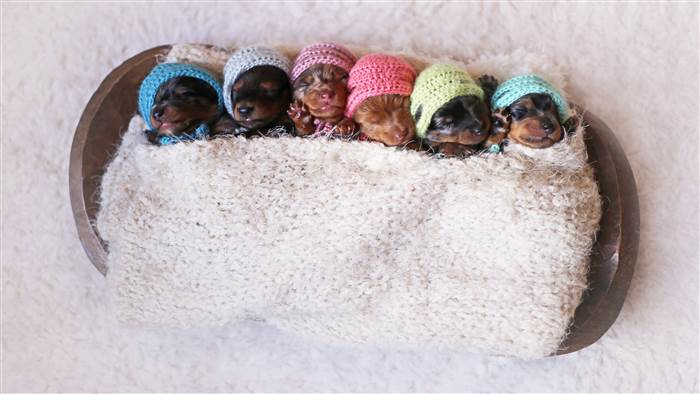 “In my mind, since I specialize in maternity and newborns, I’m thinking, ‘OK, another regular maternity session,'” Schenk said. “But at the end she said, ‘It’s actually for my dogs,’ and I wanted to laugh, because I was shocked!”