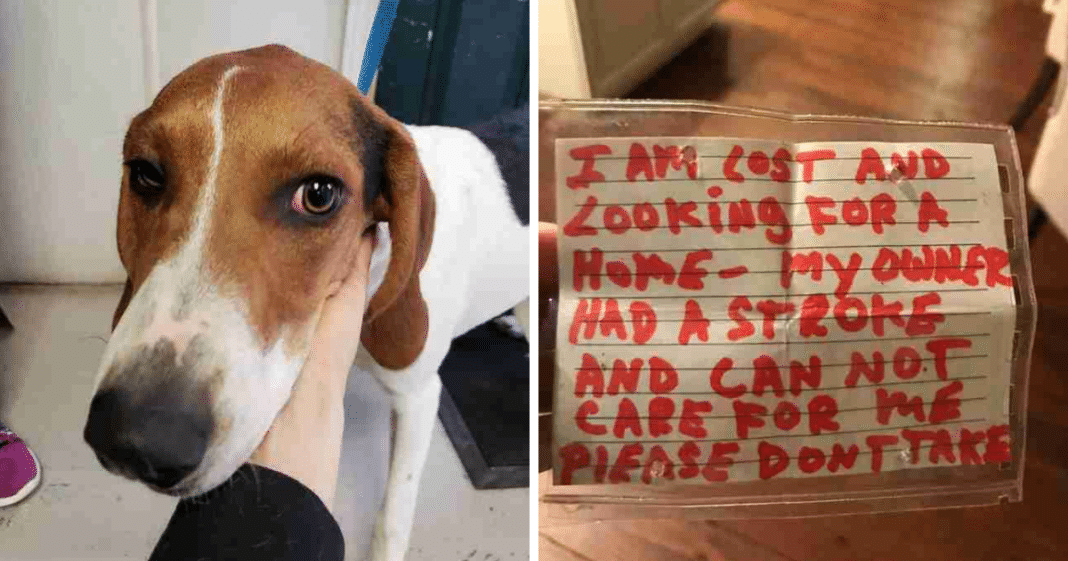 A 6-month-old purebred coonhound was found wandering all alone in a Michigan neighborhood, no one seemed to know if the lost pup had a family or if she was a stray.

A closer look at the dog’s collar told a very sad story.

The person who found the pup, now named Ghost, also located a note on her collar. It was likely written by her former owner, who had decided to abandon the dog when they could no longer care for her. Sadly, it is not known why the owner chose this method of abandonment. There are a wide range of shelters and animal hospitals that are happy to assist pet owners who need help with re-housing their furry friends. 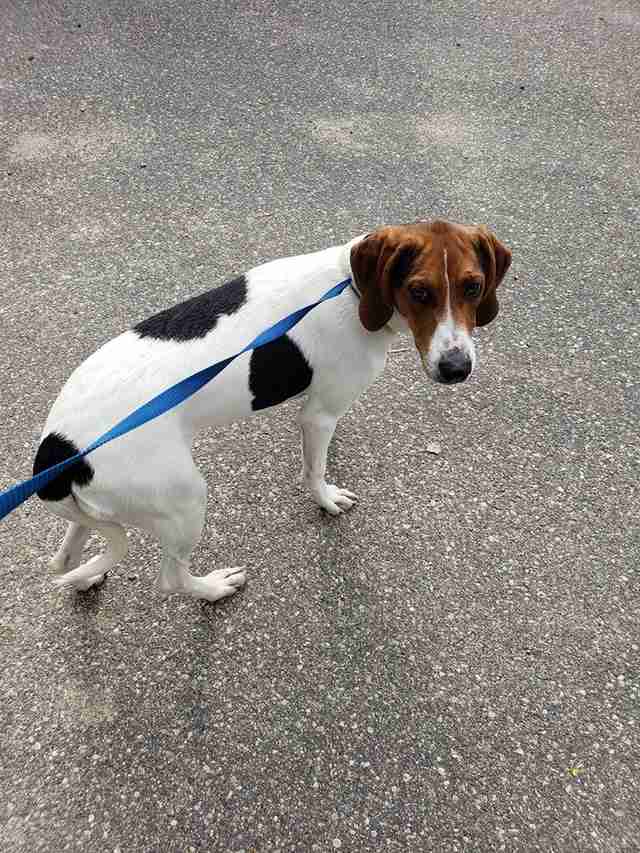 The Luvnpupz Rescue Group was contacted to assist Ghost and were thankfully able to step in immediately. Ghost was given the chance to live with a foster family.

Rescuers believe that her former owner meant well, and seemed to have been suffering from a medical emergency that prevented them from caring for Ghost. While the owner did not exactly go about this the right way, the rescue team believes that this is not the typical abandonment case. Still, it is heartbreaking to see innocent animals cast aside and left to fend for themselves. 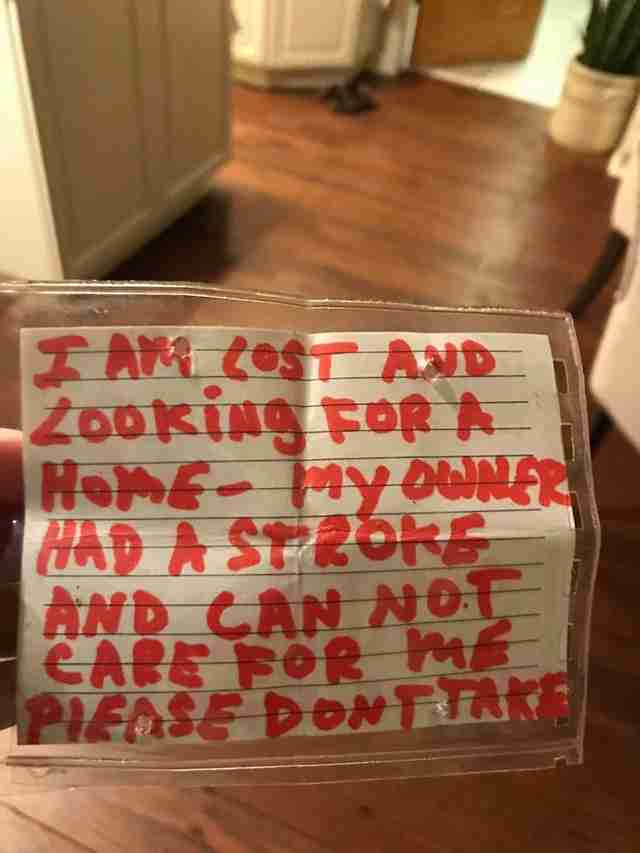 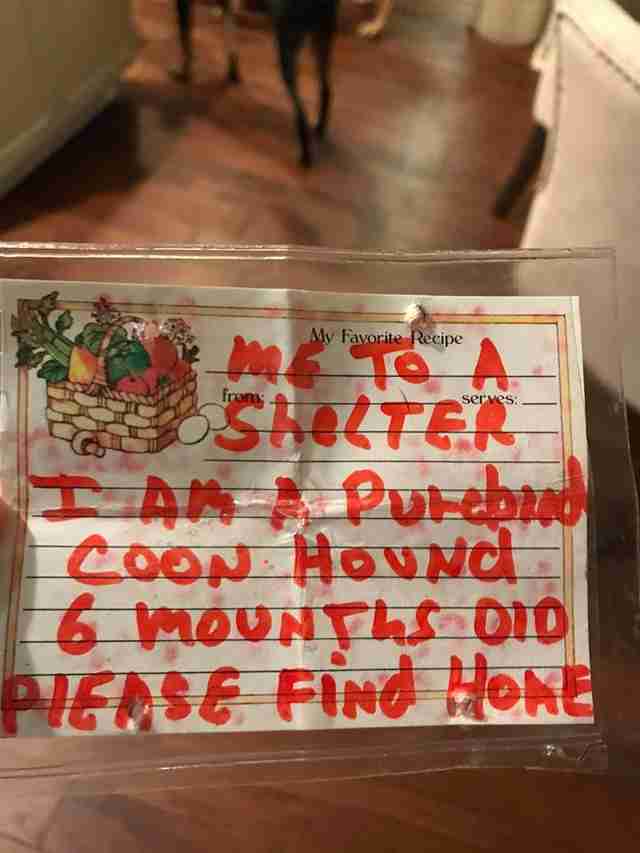 Luckily for Ghost, her foster family says that they will be able to support her … no matter what. Shipaila, her foster mother, says that she is not going to be passing any judgment on the dog’s former owner.

The foster family may end up putting Ghost up for adoption if they are not able to re-establish contact with her original owner. A public appeal has been put out to spread the word so that she can be reunited with her former pal. 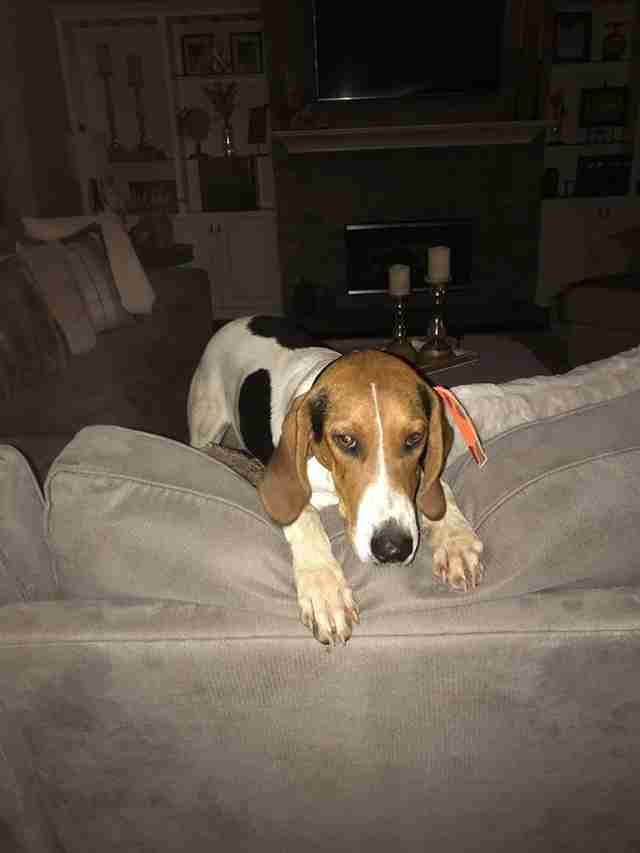 It is important for pet owners to remember that abandonment is never the answer, even though this owner appears to have meant well.

We all need to share this story so that we can raise awareness about these types of incidents and help those who are in need of a new home for their animal, whatever the situation may be.