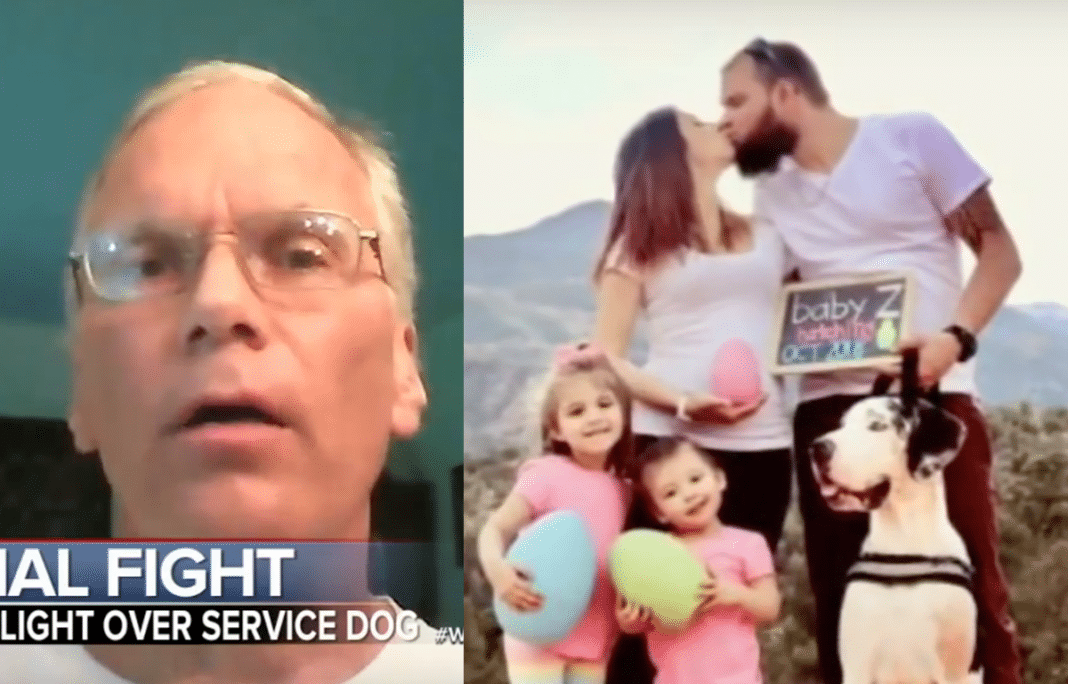 The confined spaces of airplanes certainly can bring out the worst in human behavior, but this time is particularly nasty. A passenger, 59-year-old Timothy Manley is accused of hitting a pregnant deaf woman, pushing her two young girls, and punching their Great Dane, a service dog named Zariel. Manley was reportedly disgusted that the dog had affected his wife’s allergies, and allegedly became enraged when the dog woke up and stretched. 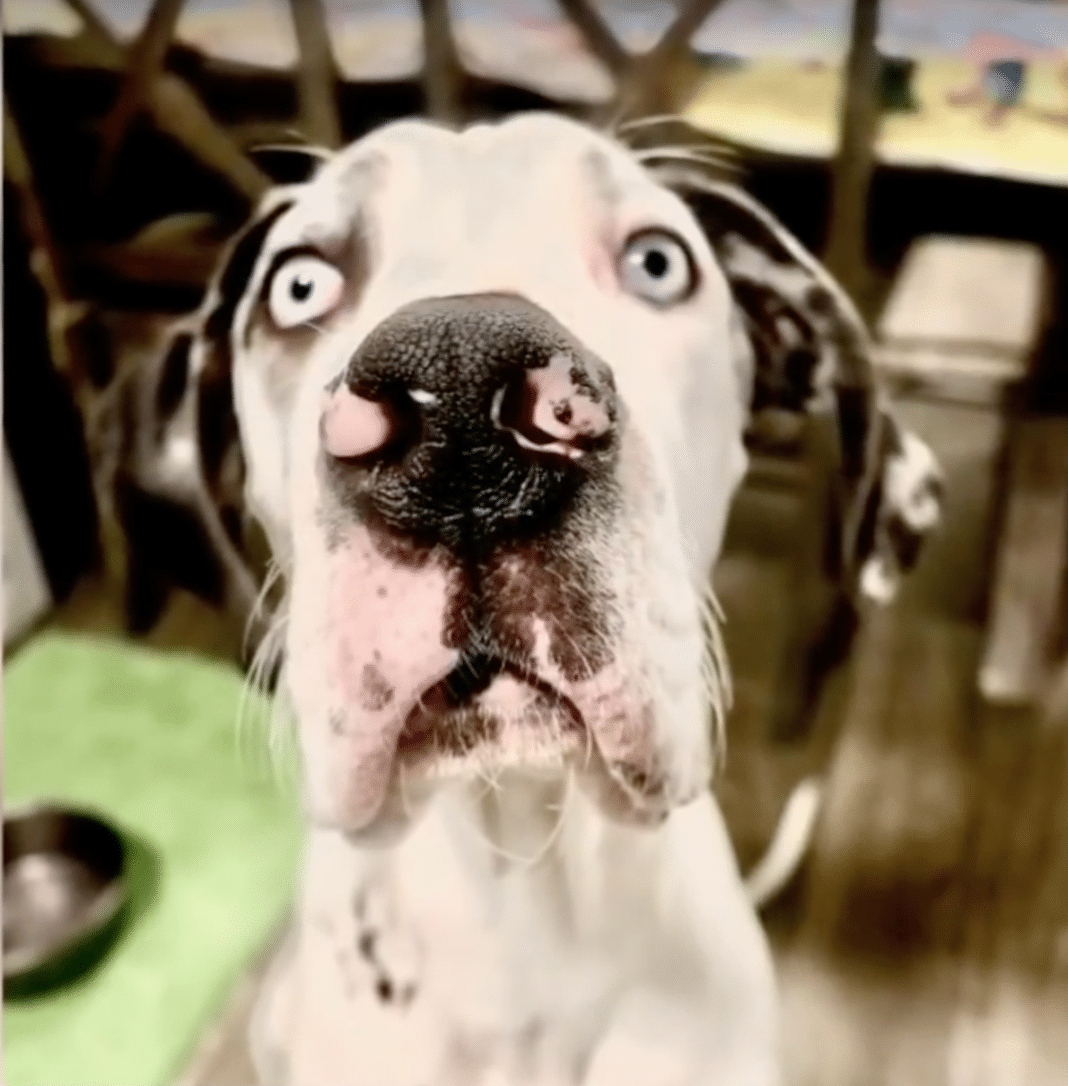 As Frontier Airlines Flight 1752 began its descent, Manley confronted the couple about his wife’s allergies. Then he allegedly punched the dog, who yelped and ran for cover under the seats.

“Unfortunately, the man [was] determined to leave so he ran through and punched my belly, then pushed my two daughters; they fell and cried so hard,” Ramirez told ABC News.

Hazel Ramirez, a 21-year-old who is 20 weeks pregnant, her husband, Matthew Silvay, and their two girls were on the way to Orlando for a gender reveal party for her unborn child. Silvay is also deaf. They departed from Colorado, and say most of the flight was spent sleeping until the shocking altercation.

She was “hurt and scared for her life.”

Manely denied the accusations that he punched Ramirez and says they were “physically blocking the door,” as the upset couple expressed their disgust.

“It’s funny and hilarious that I would have punched her,” he told ABC News.

Manely referred to the “punch” as a “swat.”

Video emerged later of an enraged Matthew Silvay tackling Timothy Manley after angrily confronting and kicking at him on the plane. He admitted to tackling him, claiming he intended to detain him until police arrived. 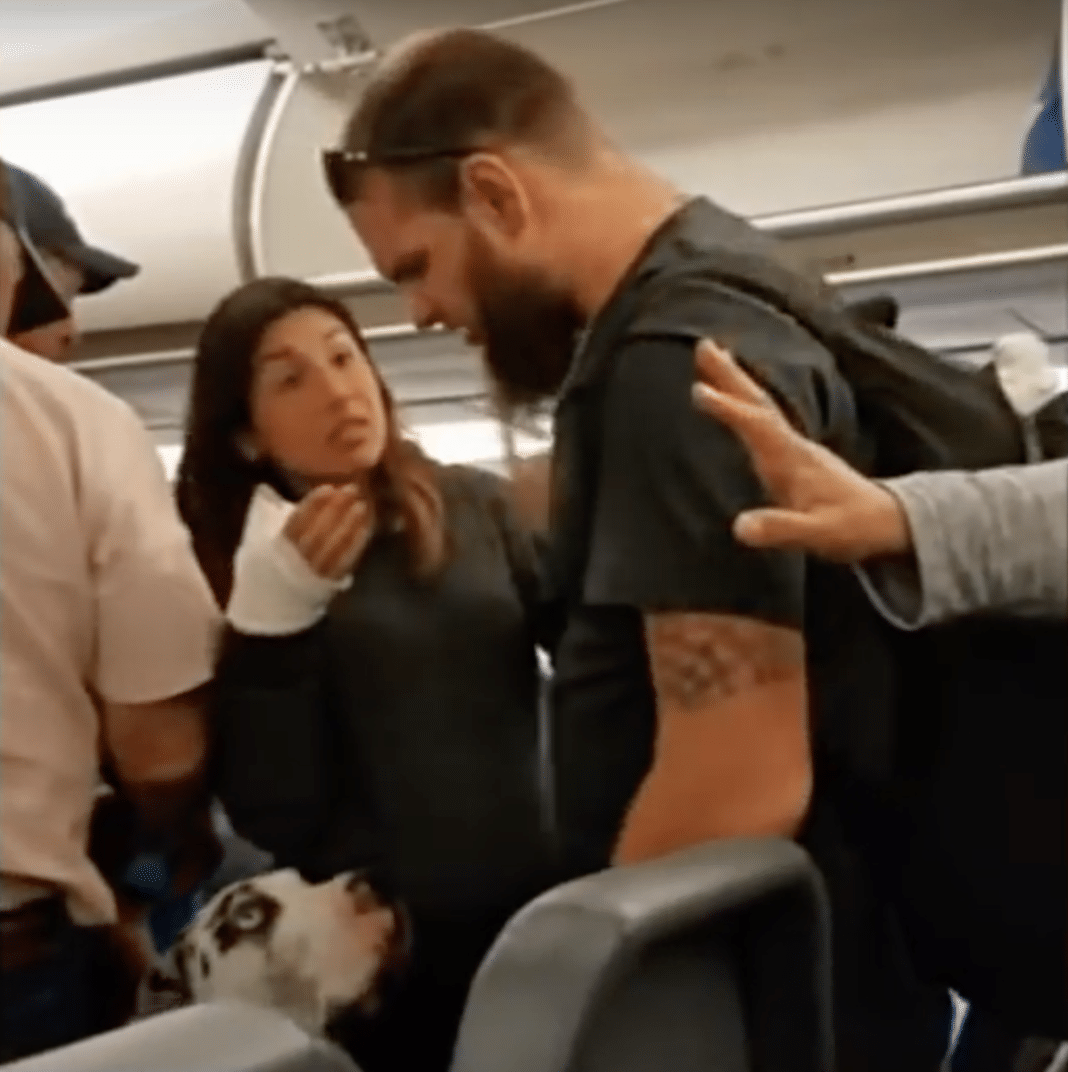 Matthew Silvay and his wife, Hazel Ramirez after the altercation

The matter has been handed over by Orland Police to the FBI, and Hazel is reportedly willing to testify in court.