5-Year-Old Who Lost Battle With Cancer Gets Superhero Sendoff 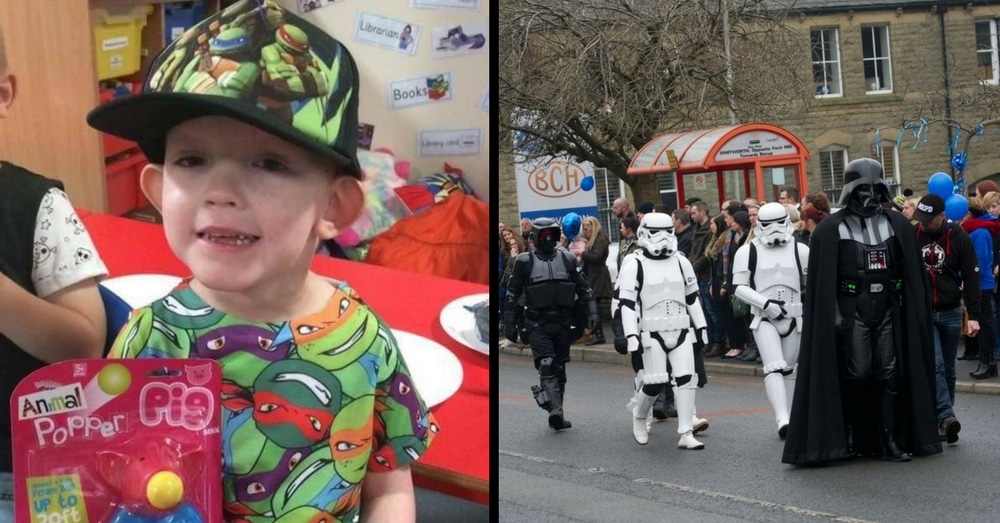 A brave little boy who touched thousands as he courageously fought a battle against cancer got the superhero sendoff he deserved as hundreds lined the streets to say goodbye.

Manchester Evening News has the story:

Hundreds of mourners lined the streets to pay tribute to a brave five-year-old boy who died of cancer earlier this month.

Darth Vader and a collection of stormtroopers led Joshua McCormack’s funeral cortege in his home town of Whitworth in Rochdale ahead of a church service. 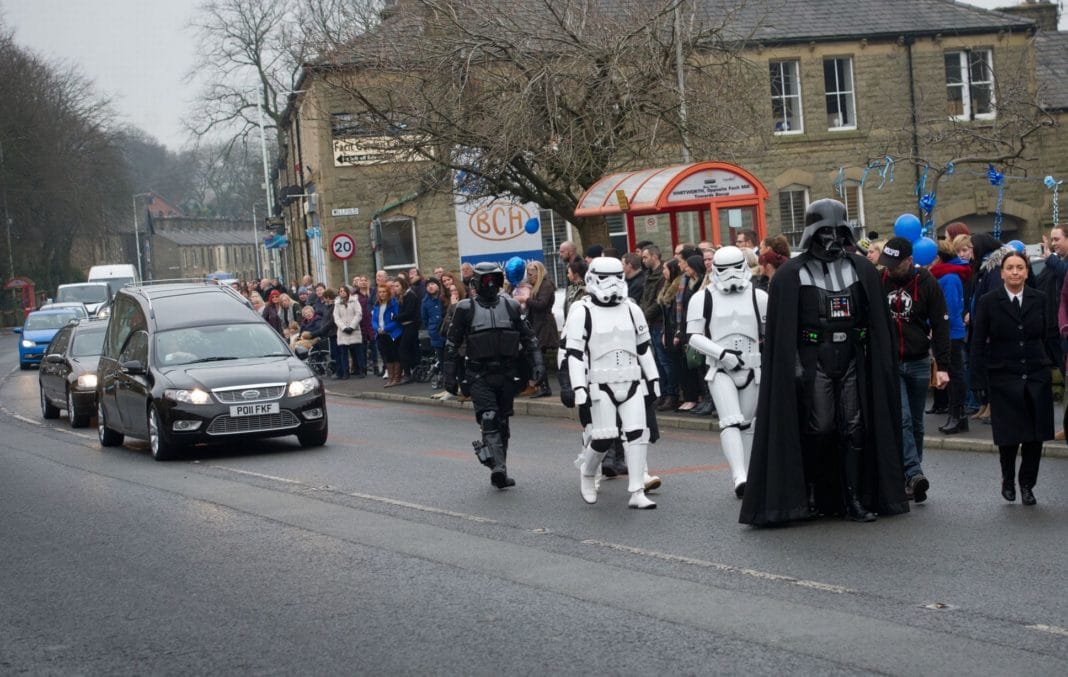 Hundreds of mourners lined the streets to pay tribute to a brave five-year-old boy who lost a battle with cancer. (Photo: Vincent Cole)

The youngster, who was diagnosed with a rare malignant brain tumour in October 2015, had been dubbed a ‘superhero’ by thousands of people around the world who followed his battle on Facebook.

He sadly lost his fight in the early hours of January 13. 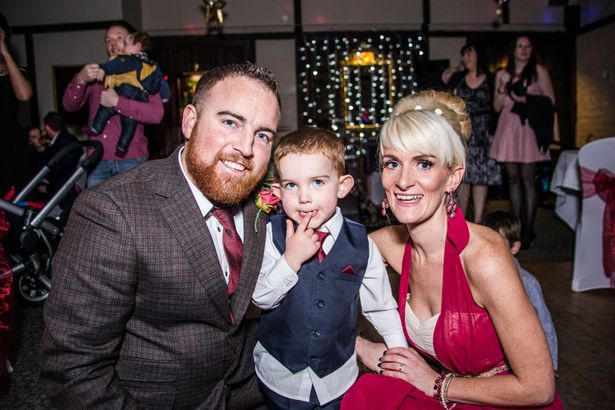 But the always-cheerful Joshua was remembered with an emotional send off as roads from Rochdale to Whitworth were crammed with members of the public all paying their respects.

They held balloons and ribbons aloft and blew kisses as the hearse passed.

Joshua was a huge Rochdale FC fan and staff, players and manager Keith Hill stood with their heads bowed as the cortege passed the football club on its way to St John’s Church in Whitworth.

He was named as a substitute for a match last November and the club retired the squad number he was assigned – 55 – in tribute after his death was announced. 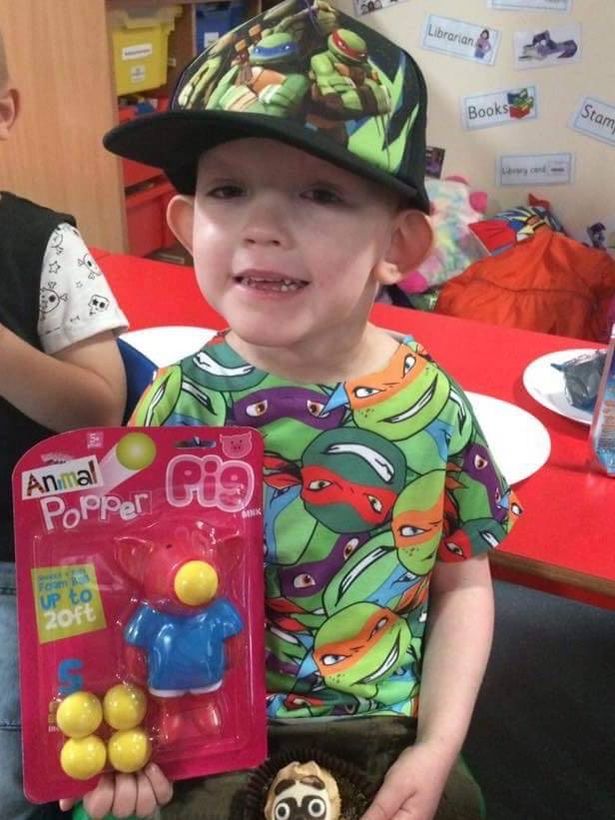 A banner of his shirt was attached to railings outside the Spotland ground.

The funeral service was followed by a private burial. Balloons were also released in Joshua’s memory.

Messages of support for his parents, Kev and Nicola McCormack, have flooded in on social media.

Writing on Facebook Ian Cross said: “Amazing to see that little Josh got such a fantastic send off, the whole route lined with balloons and ribbons, and a huge amount of people paying their respects.

“I have followed this little man’s story from the very beginning of his diagnosis, his strength and courage with which he has fought this horrid disease is a huge credit to him and his family.” 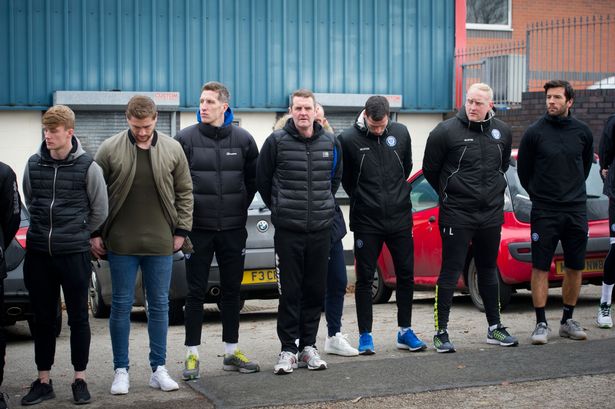 Kevin Done said on Facebook: “Nice to see so many people at Rochdale FC today to see off an amazing young lad.

“Sleep tight Josh. You will always be in our thoughts.”

After his diagnosis, Joshua underwent a life-or-death operation to remove the tumour. The odds of him making it through surgery were just 50/50.

He pulled through but gruelling courses of chemotherapy made him seriously ill until doctors said the treatment could no longer continue.