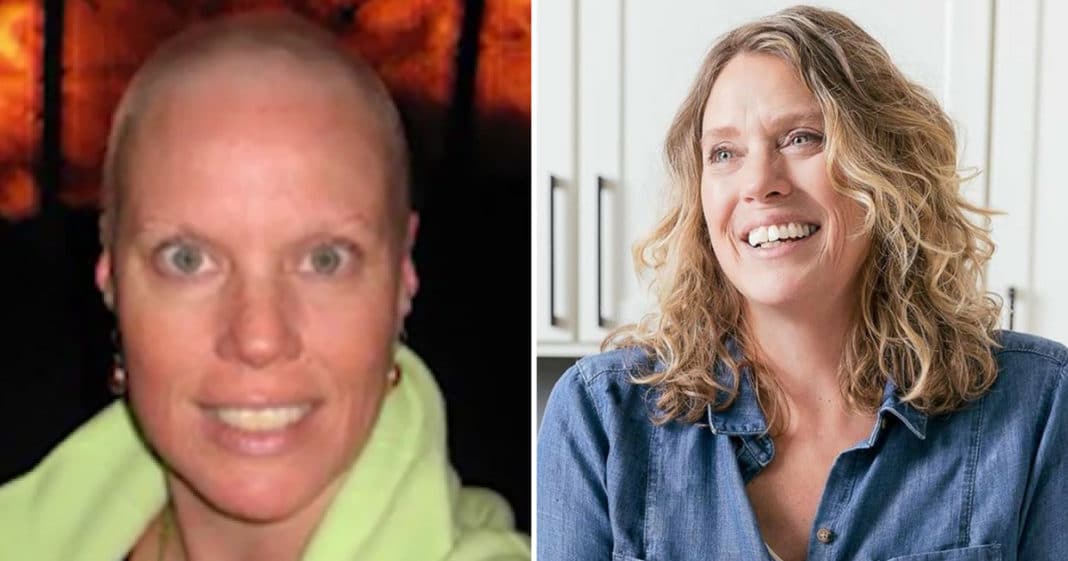 Science has made great strides in curing various illnesses; cancer still eludes the medical community. One woman cured herself of this horrible disease by simply modifying her diet. Now she’s helping educate others on how changing what they eat could save their lives.

I know what you’re thinking: This woman’s crazy for doing this on her own. What about science? Well, Harvard has sat up and taken notice of her results. Maybe there could be a cure for cancer in the very near future after all.

At just 41, Kathy Mydlach-Bero was diagnosed with inflammatory breast cancer. The mother of two from Wisconsin underwent surgery, radiation and chemotherapy treatments.

Despite the aggressive medical intervention, just 11 months after her initial diagnosis, doctors found a high-grade tumor in her head and neck. Kathy continued with treatments but found they were affecting healthy parts of her body.

“My kidneys were failing; my liver was failing. My lungs were damaged. My heart was damaged,” she recalled.

Frustrated, she began searching for other alternative and natural treatment methods. She said, “I told my oncologist that I’m done with that protocol because one way or another, I’m going to die. And I don’t want to go that way.”

Kathy stopped chemotherapy and decided to start a specific diet featuring anti-angiogenic foods. These foods like garlic, blueberries, leeks, and walnuts block the creation of blood vessels, which theoretically stops the spread of cancer.

As she implemented this new diet, Kathy and her doctors saw a change. “My doctors just kept saying, ‘Huh. That is interesting,’” she said.

She has been cancer-free for 13 years; and now she’s working with others with cancer, coaching them how to incorporate a list of foods she believes have cancer-fighting properties. “She’s teaching me food is the best form of medicine,” said Paul Baugh, one of her clients who is battling brain cancer.

Kathy feels validated because Harvard has begun to study how natural methods might help cure cancer. She no longer feels like the “crazy cancer lady.” Researchers will investigate those who have seen incredible results from more natural cancer treatment options.

“They’re looking at our genetics and the genetics of the tumor. What the outliers did; their attitude, environment, faith, social support,” she said. “What they’re trying to do is create a  database of all these different things and look for the commonalities between these people.”