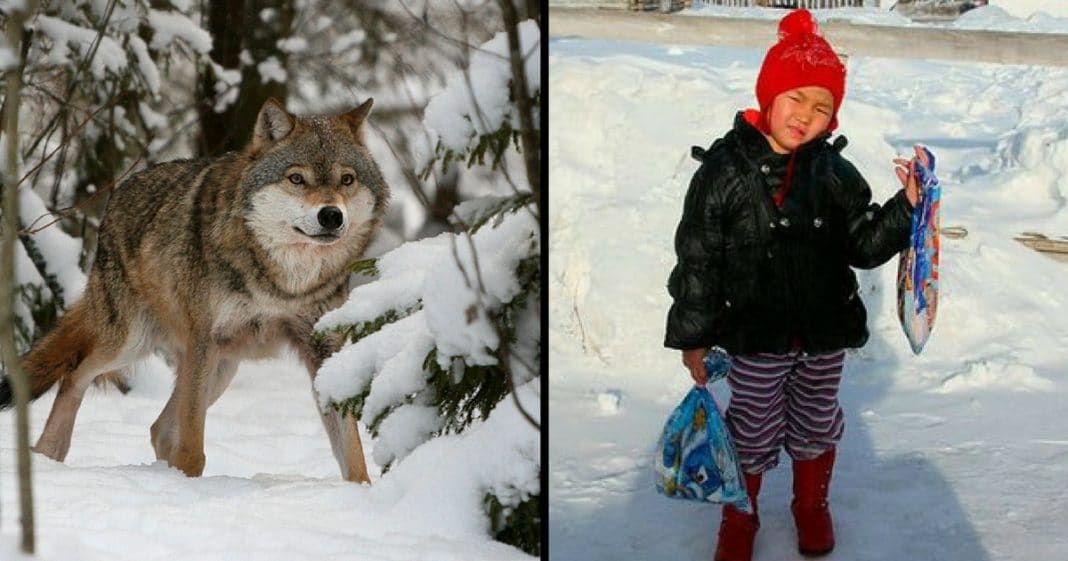 A four-year-old girl who walked miles through the freezing Siberian wilderness to get help for her sick grandmother has been hailed as a hero in Russia’s Tuva republic, while a criminal case has been opened against her mother.

Saglana Salchak had been living with her grandparents at their remote farm deep in the taiga forest near the Mongolian border, more than 12 miles from the nearest village and five miles from their closest neighbour.

Last month the child awoke to find that her 60-year-old grandmother was not moving. After talking with her blind grandfather, she decided to walk to the next homestead for help, according to local news.

Taking only a box of matches in case she had to light a fire, the four-year-old set out into the early-morning darkness, where temperatures hit -34C (-29F). It took her several hours to walk the five miles along a river bank through snowdrifts. Fortunately, she did not get stuck in the snow, often chest high, or encounter any of the wolves that had at times attacked her grandparents’ livestock.

“Tuva has simply filled up with wolves,” Semyon Rubtsov, head of the regional search and rescue group, told the Komsomolskaya Pravda newspaper. “They eat the livestock – the herders moan about them. She could have easily stumbled on a pack in the darkness.”

After five gruelling miles Saglana nearly missed her neighbours’ house amid the undergrowth, and would have passed it if one of them had not spotted her. They called in medical personnel from the village, who, after checking on the girl, made the trek back to her grandparents’ place. There they discovered that the grandmother had died of a heart attack.

Saglana told Komsomolskaya Pravda she was not scared making the trip through the forest alone. “I just walked, walked and got there,” she said. She admitted, however, that she had been cold and had “really wanted to eat”.

Although she caught a cold, Saglana quickly recovered at the local hospital and is now living at a social centre, where she just celebrated her fifth birthday. Local media have declared her a hero. “You can’t [easily] impress residents of the remote Tere-Kholsky district with extreme stories about taiga life. Nonetheless, the incident several days ago amazed even the old-timers in Kungurtug, the district centre,” Tuva Online also wrote about Saglana’s feat.

Read more about this heroic youngster on The Guardian.