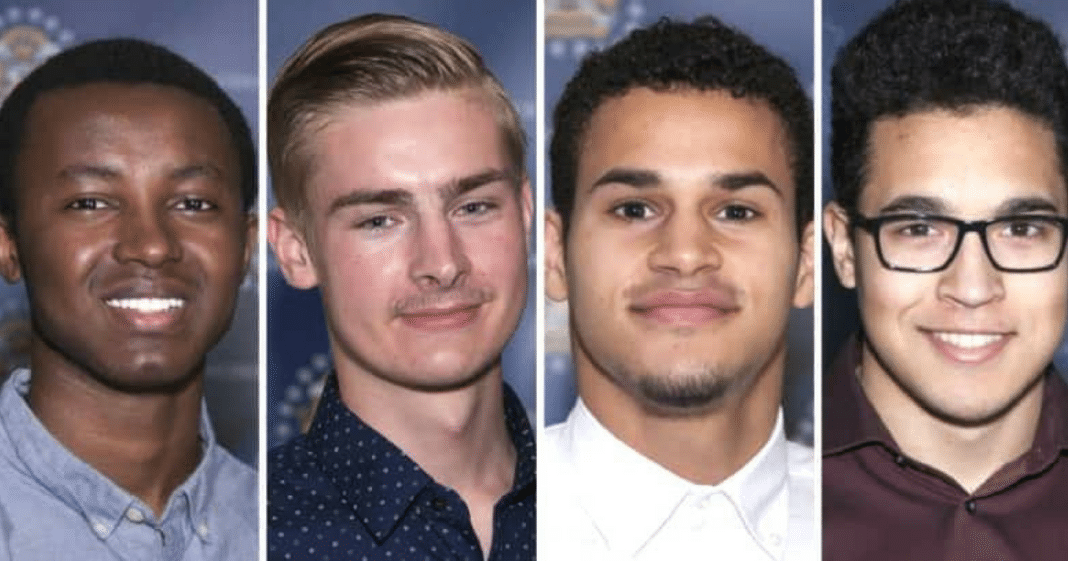 Some people are just vile; there’s no other adjective good enough to describe them. Four teenagers were hanging out at the Chinook Mall’s underground skate parkade when they encountered something odd. A well-dressed man was passing by carrying an intoxicated young woman over his shoulders. To the boys, this wasn’t normal.

The young woman was in great distress. Thinking they could help, they confronted the guy.

“She was screaming and yelling. She just wanted to be out of there. She was all scuffed up and dirty,” said Carsyn Wright.

The shifty man claimed he was just about to call the girl’s father to come and pick her up when they happened upon them.

Though uncomfortable with everything, they allowed the man to move on. “You don’t want to really think of the worst in somebody like that. You don’t want that situation to be real, so you just brush it off and hope for the best,” Wright said.

The teens decided to stay around; and good thing they did too. Almost immediately after the man left, they observed him sneak off into a dark stairwell with the girl. It was then they realized something was terribly wrong. They went to investigate.

The group headed to the stairwell and came upon something disgusting. They found the man assaulting the girl. “You walk in, and you see something like that, and you freeze. You don’t know what to do,” said Arnaud Nimeny, recounting his initial shock at what he observed.

As the man saw them, he fled; but the guys weren’t letting him get away that easily. They chased him down and held him until the authorities arrived to make an arrest.

Because of their interception, the four teenagers were recently honored for their exceptional bravery at the Chief Awards Gala by Chief Const. Roger Chaffine.

“I hope that anybody else that’s in that situation would come to help her,” said Wright. He said he and his friends weren’t brave for helping the girl. It was just the humane, ethical thing to do.