4-Month-Old Puppy Starved In Cage And Left For Dead, But Something Miraculous Was About To Happen 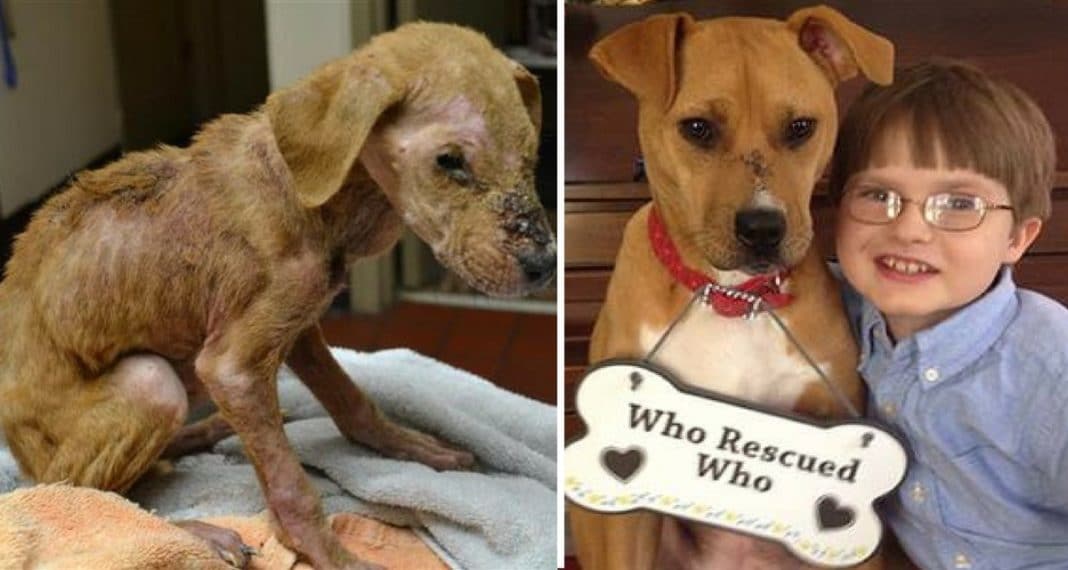 Children living with autism like Jonny Hickey can be unreachable to their closest loved ones. Autism is a developmental disorder that affects how people interact in social situations. Jonny’s parents knew he was different. He lived in his own little world where no one could interact with him. But incredibly, Jonny would soon meet a creature who would break through his fear of people.

In September of 2012, a 4-month-old Stafford pit bull mix was found in a pit on the street. Her wounds and state of malnourishment told a gruesome, disturbing story all their own. The fragile girl recovered in the care of veterinary staff. Her will to live shocked everyone. But it’s how she got her name: Xena, the warrior. 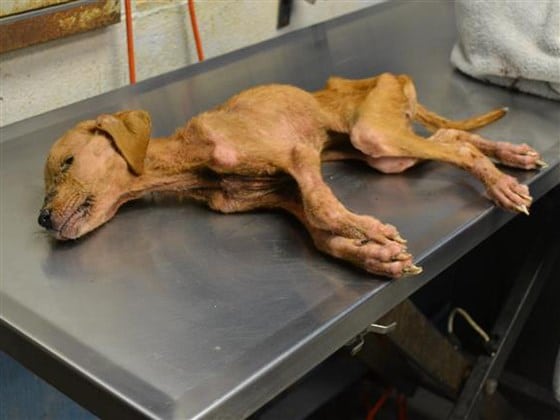 “I’ve been doing rescue probably for about 12 years, and I had never seen a dog that young in that sort of condition,” said Chrissy Kaczynski, who works for Animal Services and is a founding member of the rescue group Friends of DeKalb Animals. “I brought her home with me and I didn’t think she’d make it through the night.” 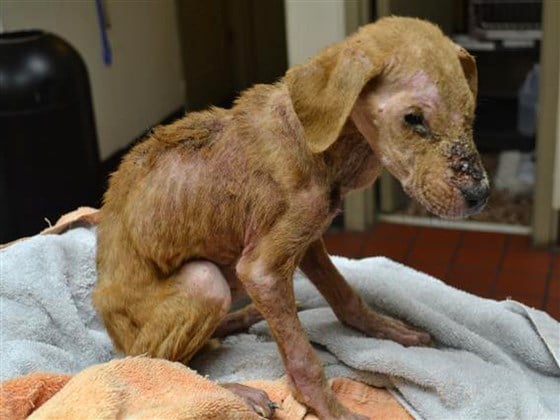 Xena’s condition soon improved; so much so she was ready to start a new life. All she needed was a loving, forever home to make her world complete. Very slowly, the sweet girl shed her fear of people. During an open house event at the shelter, fate intervened.

Xena met the Hickey family. Both staff and the Hickey’s were surprised when Jonny and Xena formed a quick friendship. They spent the entire day together. Jonny’s fright of people was forgotten. He allowed Xina to lick his face, which before meeting his new four-legged friend, wouldn’t have happened. 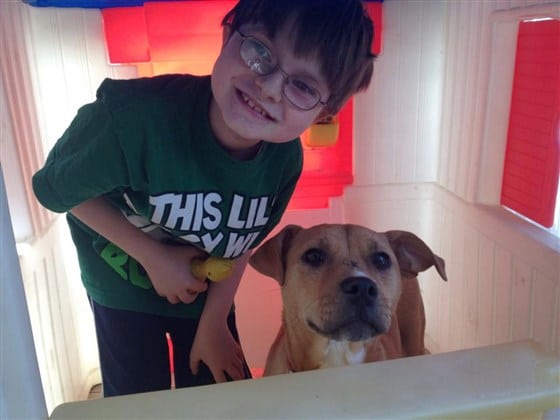 Jonny’s parents were overjoyed with the change in their son. His mother said, “Jonny had a limited vocabulary. But since Xena’s arrival, his readiness to talk has almost exploded. Jonny is like a new person!” 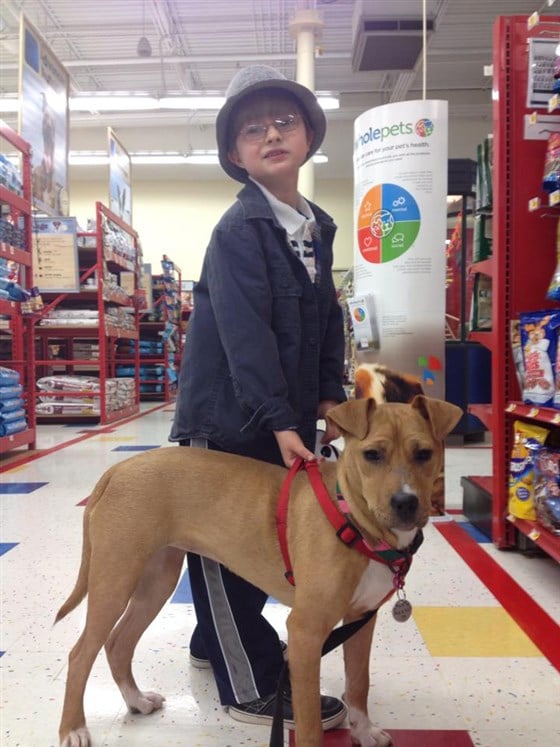 The little boy’s personality has continued to blossom. He helped out with an awareness campaign wishing to change peoples perceptions of autism. Xina and Jonny became an internet sensation. Xina even won Dog of The Year for 2013 by the ASPCA. In fact, boy and dog continue to give back by raising money for specific causes. If you want to learn more about this terrific team, head to their website. 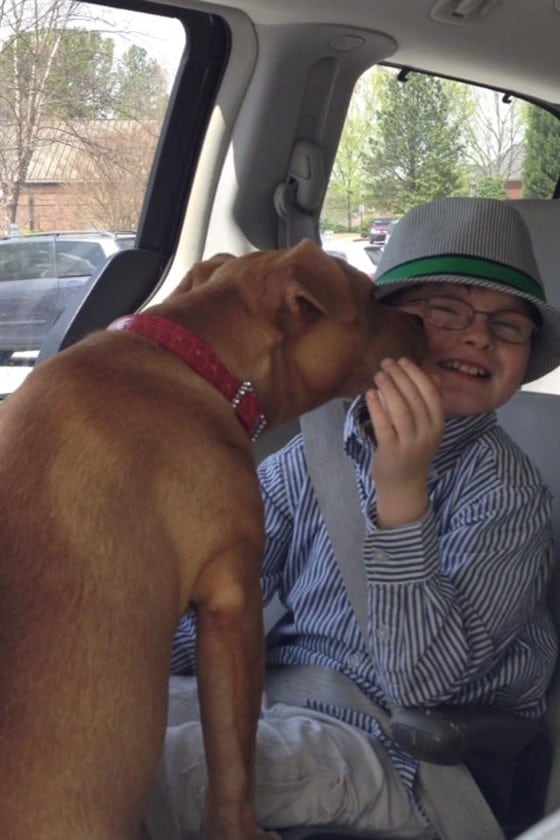