4-Month-Old Isn’t At Daycare When G’ma Goes To Pick Her Up, Then She Realizes Horrifying Mistake 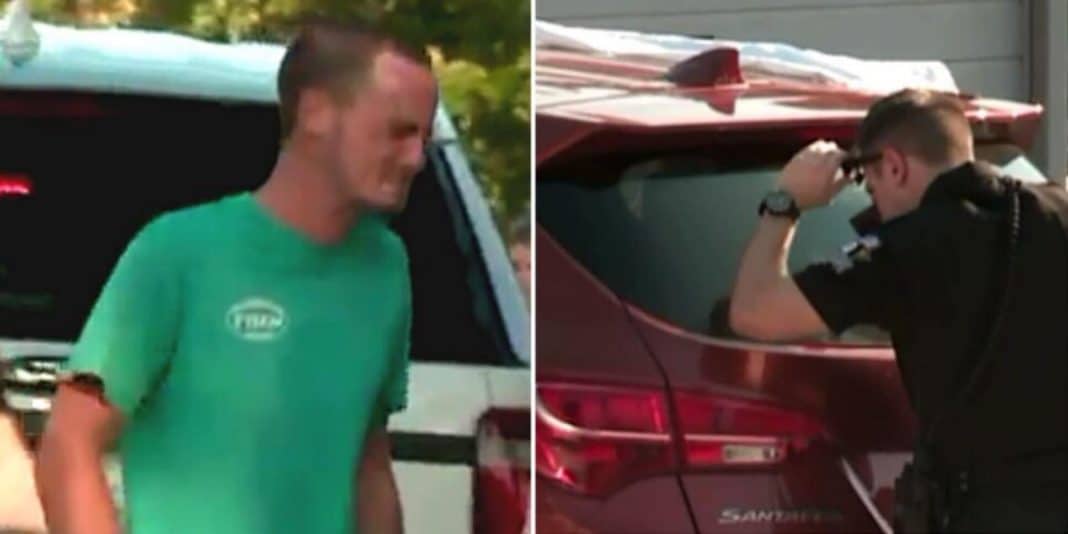 We all lead busy lives. With kids and jobs and errands, it seems never to end. But if we just slowed down and took a moment to make sure everything we needed for the day and everyone we know and love is safe and accounted for, things like this won’t happen.

It occurs all too often during the hotter months of summer; dogs are left in hot cars to die. This scenario is more horrific and it involves children. People accidentally leave babies alone in cars where they then become overheated and die.

Tragically, a grandmother in Oklahoma thought she’d dropped off her 4-month-old granddaughter one morning. When she returned to pick her up later that day, she discovered she wasn’t at the daycare.

In a panic, the grandmother and the daycare staff searched everywhere for the child to no avail. It wasn’t until they headed outside to the parking lot when they discovered her. The baby had died, alone hours earlier in the backseat of her grandmother’s car. On that particular August day, outdoor temperatures rose to the upper 80’s.

A GRANDMOTHER'S TRAGIC MISTAKE: A 4-month-old baby died in Oklahoma after she was reportedly forgotten in a hot car. Read the full story >> http://bit.ly/2wkS2XO

Losing any child is every parent and grandparents nightmare. Caretakers are charged with overseeing children, not misplacing them. And not leaving them in a car. This little one’s death could’ve been prevented. Her grandmother will have to live with this terrible tragedy for the rest of her life. She isn’t the only one affected by this horrible event. All those who cared for that precious child will forever feel the agony of her death. That’s so heartbreaking.

Yes, this has been repeated too many times, but it bears to be said again: A car is an extremely unsafe place to leave any child. Matters inside a vehicle can become life-threatening in just twenty minutes. Heat goes in through the windshield and is trapped by the car’s insulation. If it’s 75-degrees outside, in a car, it’s 100-degrees.

When police arrived, they noticed the grandmother in tears. She had custody of the child. she thought she’d dropped the little girl off at her daycare that morning. She did not, a spokesperson from the county sheriff’s office said.

The daycare posted this message on their Facebook page: “A tragic accident with one of our beloved babies. I ask everyone to pray for this precious family.” This child’s death is to be a warning said the county sheriff’s office. The organization, Kids For cars says that each year, 37 children needlessly die in locked cars. That’s too many. One is too many.

Charges weren’t brought against the grandmother. A representative from the sheriff’s office said, “She’s being questioned, she’s obviously distraught, this is a tragic situation, and that’s why we remind parents all the time. It’s hot out, and things like this aren’t supposed to happen, but they do.”

Remember, these tragedies are avoidable. Take a breath and take stock of everything, and everyone around you. Slow down and double check if you need to. Don’t leave your babies alone in a hot or cold car.