3-Yr-Old Starts Lemonade Stand To Buy New Uniform. What Cops Do Next Will Melt Your Heart 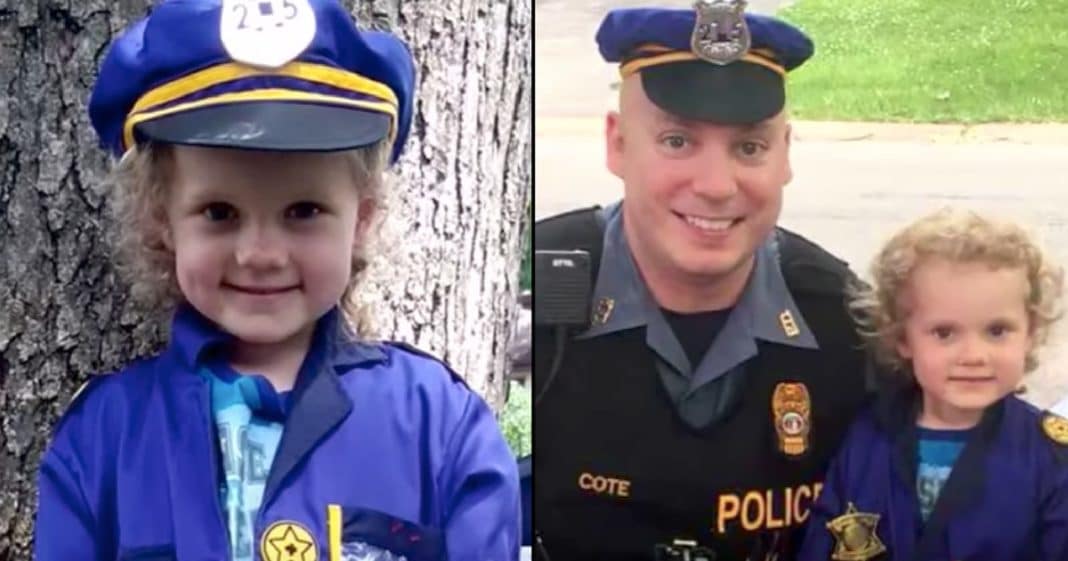 Ask 3-year-old Hannah Pasley what she wants to be when she grows up and she’ll tell you without hesitation – a police officer.

“She’s 3 years old, and all she talks about is being a police officer,” said family friend Sierra Moore.

She’s been talking about being an officer ever since she was 18 months old and saw the kid’s television show PAW Patrol.

When Hannah wanted to get her own police uniform and prop handcuffs, her mom, Amber Pasley, told her she could set up a lemonade stand to raise some money.

“We wanted to teach her the value of money and how you need to work hard to get what you want,” Amber said.

Hannah got the stand set up and got to work, eventually raising enough money to buy the costume. Her aunt took her to the store so she could pick it out, but when they got back, Amber noticed Hannah was looking a little down.

“I just really would like to meet a police officer,” Hannah told her mom.

Sierra decided to try to help the aspiring officer out by posting a picture of her in her new uniform on Facebook. She was hoping maybe one or two police officers would see the post and stop by, but she never could have anticipated what happened next.

“We just wanted one police officer, and then over 50 were there. This street was just lined up with these cars,” Sierra said.

Throughout the afternoon, a steady stream of police officers, deputies, K9 units, mounted patrol, and even a police helicopter came by the lemonade stand. Not only did they purchase a refreshing beverage, they took the time to talk to the little girl, show her around the patrol cars, introduce her to some of the horses that were part of the mounted force, and pose for pictures.

“They brought two horses for us to get to see and pet, and they brought the helicopter to hover over our house,” Amber said. “She was jumping up and down and running up to complete strangers and hugging them like they’re her brother or sister. She doesn’t know a stranger when it comes to police officers. She’s at home with them.”

We know this was a day young Hannah will not soon forget!

Did you love seeing how these police officers showed up to support Hannah? So share this!