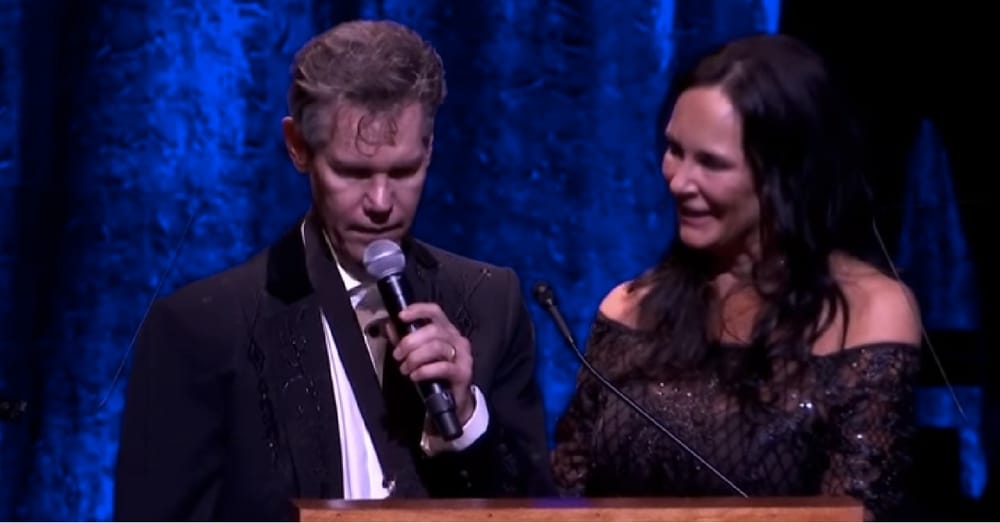 For years the name Randy Travis was synonymous with good country music, but after he suffered a stroke in 2013 the popular singer wasn’t even able to speak in complete sentences, let alone continue on with his music career.

On Sunday night, though, Travis was inducted into the Country Music Hall of Fame, and it was there that what some might call a miracle occurred.

Throughout the night Travis was honored by various other country stars, including Alan Jackson, Brad Paisley, and Garth Brooks.

Then it was his wife’s turn.

Mary Davis-Travis helped her husband carefully make his way up to the stage and then spoke about her husband’s long and illustrious career, calling it one that would “change the face and the fate of country music.”

Then, in a moment that drew audible gasps from the crowd, Travis took the mic and led the room in a verse of “Amazing Grace.”

For someone who has been through what he has, this was nothing short of a miracle. Once he was done there wasn’t a dry eye in the place.

See his emotional performance for yourself by clicking below:

Were you as touched by Travis’ performance as we were? So share this!