3 Years After Divorce, Dad Of 8 Gives Ex-Wife Gift That Has Whole Family Sobbing 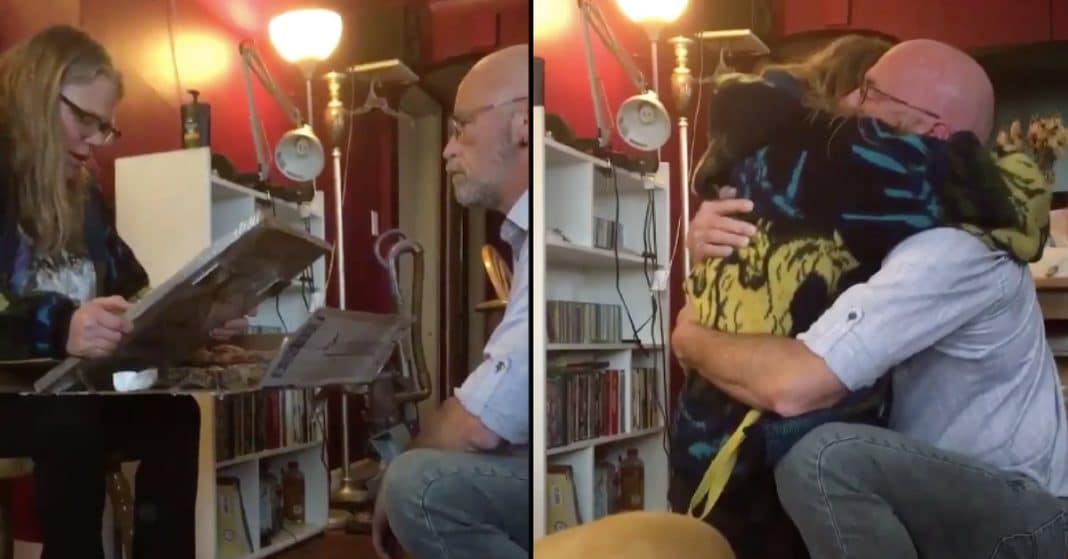 When a couple gets divorced, they are not the only ones left hurting. Families get torn apart, friends are often forced to choose sides. When there are kids involved, things get even trickier. They are often left confused, angry, and hurting.

That’s what happened when Jeffrey Agan Sr. and his wife, Lorrie, decided to end their 25-year marriage in 2014. Their eight children were left caught in the middle of a contentious divorce.

“Our family was torn apart for a long time,” said their son, Jeff Jr.

While both Lorrie and Jeffrey spent some time being angry and bitter, they each decided, on their own, to work on their issues and try to better themselves.

Lorrie found peace “in nature, through meditation, and self empowerment.” Jeffrey, a former truck driver, went back to school for nursing and discovered a passion for poetry that he used as an outlet for some personal mental health issues he wanted to work on.

Earlier this year, after dealing with his own personal demons, Jeffrey decided to get back in contact with Lorrie. By November, they were dating again.

Initially, Jeff Jr. said he was “terrified” of getting his hopes up that it would actually work out again, but it didn’t take long for him to realize that this time was different.

“I think it’s because they both took the opportunity to work on themselves and find themselves on their own path,” he said.

On Friday, the family all gathered together to exchange gifts. Jeff Jr. noticed his dad seemed a little nervous. When Jeff Sr. sat Lorrie in the middle of the room, their son knew something was up and immediately started filming.

“Is it a pizza?” Lorrie joked as she tore the paper off.

No – it was something much better than a pizza. Inside the box was a framed poem Jeff had written called “Love Burns Anew.”

As Lorrie began to read the poem aloud, Jeff got down on one knee in front of her. Her eyes flicked over the last line and her mouth dropped in shock as she realized what was happening.

That’s when Jeff handed her the ring.

Three years after their bitter divorce, their love is burning anew.

As their eight children and seven grandchildren stood around them, Lorrie leaped into Jeff’s arms, sobbing. She, of course, said yes.

Jeff Jr. posted his video of the emotional moment on Twitter, expecting only a few friends to see it. But when he woke up the next morning, he couldn’t believe it – his video had gone viral!

He said he’s been amazed by how many people have watched the video, but added that he understands why it has touched so many hearts.

As for Jeff Sr., he wasn’t thinking about anything so eloquent or grandiose in the moment.

“I was incredibly nervous, more so than I would have expected,” he said. “I was thankful I had the poem to speak for me so I didn’t have to say too much.”

Jeff Jr. launched a GoFundMe campaign to raise some money to help make his parents’ second wedding even more special. In just two days, he has already surpassed his $2,000 goal, most of the money donated by strangers touched by the couple’s incredible story.

“Their first wedding was actually in an electronic store, and mom walked the escalator at the store, because my parents were too poor to afford a real wedding at the time,” Jeff Jr. said. “I would like to give them a good wedding that they deserve.”

It’s unfortunate that this couple and their family had to endure so many years of pain and anger, but what a beautiful story of redemption! Out of the ashes of their broken marriage has come something more beautiful and incredible than any of them could have ever imagined.

Were you touched by Jeff and Lorrie’s redemptive love story? So share this!