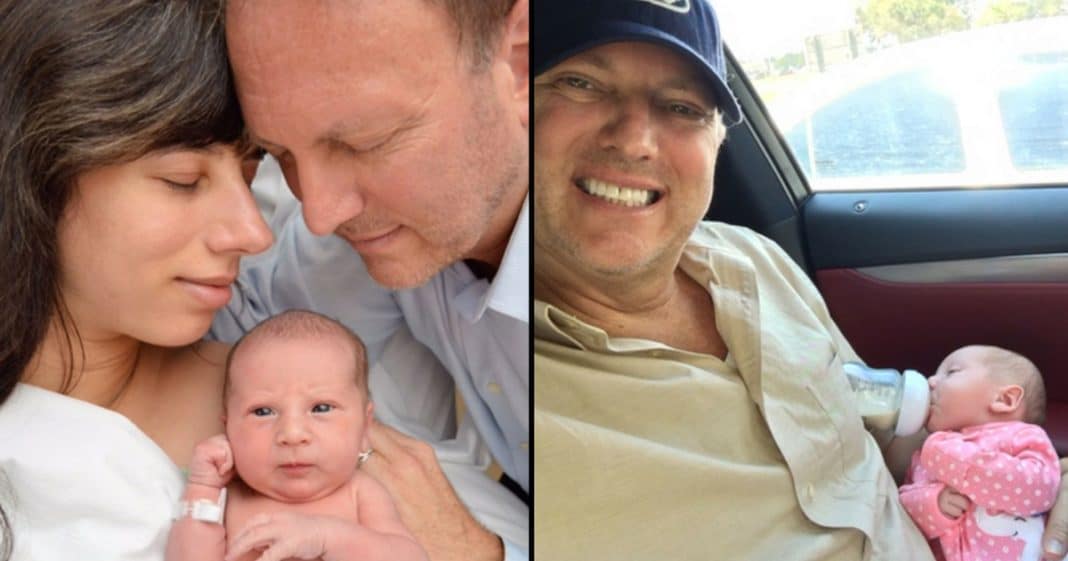 Most people will never have to live through such a traumatizing event as Hurricane Harvey or Hurricane Irma, but at just 3 weeks old, little Gabriella Coane has already weathered two major storms and lived to tell about it!

Gabriella was born on August 20, just a week before Hurricane Harvey hit Texas. Her parents, Bruce and Jessica Coane, huddled up with their newborn daughter in their Houston apartment as the storm devastated the city. Thankfully, they were okay, but many people weren’t.

“To see all the suffering going on was quite awful, everyone’s possessions were on the curbs,” said Bruce, who volunteered at the George R. Brown Convention Center during the storm. “Then we heard about the exploding chemical plants and how they were spewing toxic fumes into the air.”

Not wanting to expose Gabriella to all the toxins in the air, the couple decided to go to their other home…in Miami.

Bruce has commuted between Houston and Miami for work for years and keeps homes in both places. He and Jessica figured Miami would be a safer place for their newborn, so they decided to escape Texas and go there.

Because Gabriella hasn’t received her vaccinations yet, flying was not an option. The Coanes packed up their car and began the 1,200-mile drive to Miami.

At first, Bruce wasn’t too worried about the storm – he has lived in Miami for more than 20 years and has weathered his share of hurricanes. But when more and more people began to tell them to flee, the Coanes decided to heed their advice.

“We had so many friends saying that we shouldn’t stay with a newborn baby with a hurricane coming,” Bruce said. “So with enough people telling us, we decided to get out of Miami.”

The family got back in their car and headed north. They eventually found a hotel in a small town in Alabama where they could rest for a while. Then, figuring they had already made it that far, they decided to head back to Texas.

It’s safe to say little Gabriella has already had more adventure in her short life than some will have in a lifetime! While she may not remember it, her parents will certainly have some good stories for her when she gets a little older.

The family’s journey isn’t over yet. They just found out Gabriella has been accepted into a startup incubator program in Florida, so the newborn and her mom are about to make the long drive once again.

Next up on their to do list? Get Gabriella’s vaccination shots so she can ride on planes!

Were you amazed by the adventures little Gabriella has already had in her short life? So share this!