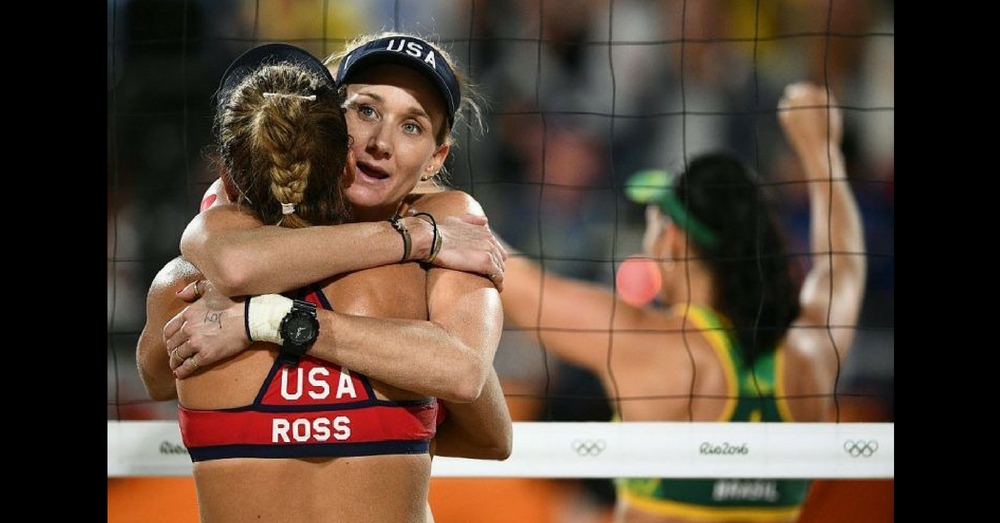 This is a new feeling for Kerri Walsh Jennings.

After 26 straight victories in Olympic beach volleyball, the 38-year-old American sports icon lost a match, to Brazil’s Agatha and Barbara in the semifinals on Tuesday night. After an unprecedented run of three straight gold medals, she will play for a bronze.

How does it feel?

“It’s a terrible feeling,” she said.

This is also a new feeling for the millions of fans Walsh Jennings has helped cultivate in the last 12 years while becoming one of the most successful American Olympians of all-time: Seeing her discuss a loss. Hearing her criticize her own efforts in defeat.

How did that sound?

Well, she didn’t call her opponents “cowards,” if that’s what you’re asking.

That’s where the bar is set for sportsmanship at the Rio Olympics, thanks to U.S. women’s national soccer team goalie Hope Solo’s petulant assessment of the Swedish team that eliminated them – calling them “a bunch of cowards” because “they didn’t want to play great soccer.”

Walsh Jennings? There are pole-vaulters who couldn’t clear that bar as well as she did.

“You have to pass the ball to win matches and I don’t know how many aces they got. Four per game maybe, on me? That’s unacceptable and inexcusable,” she said. “I’ve been served aggressively this whole tournament. And you can’t do anything without a pass. That’s what set the tone, and we didn’t get our mojo on anything else.”

To reset for a moment: This is a world class athlete. An icon. Someone that young volleyball players around the world honor with posters in their rooms. Someone trying to claim her fourth gold medal. And she blamed this devastating two-set loss on herself while praising her opponents, who victimized her rocky performance by targeting her on serves.