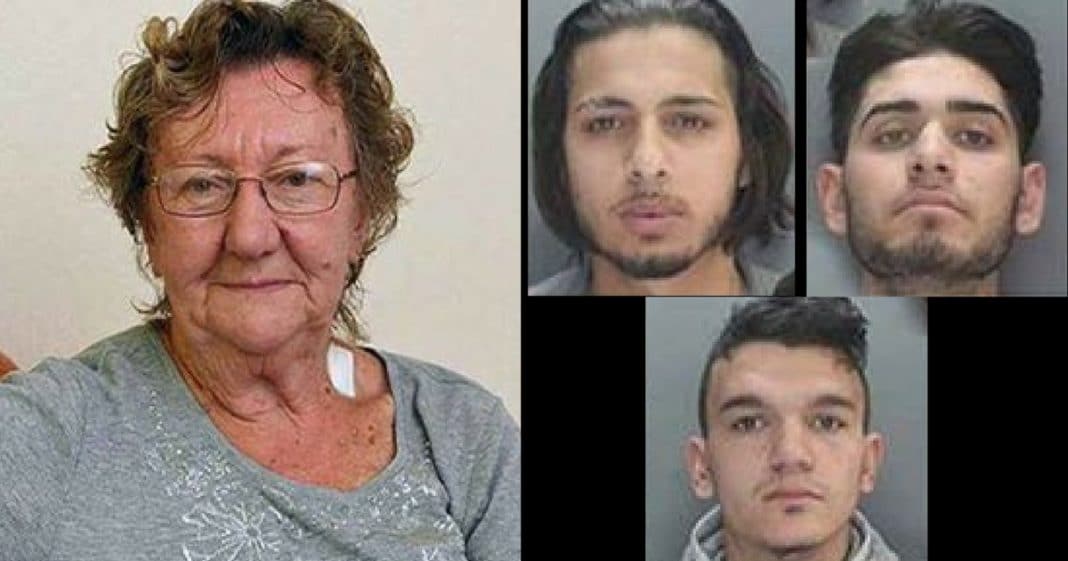 Three young criminals got what was coming to them after they targeted the wrong grandma!

Winifred Peel, 77, had stopped at the ATM to get some cash when she felt someone standing very close behind her. Before she even had time to react someone had pushed her and knocked her off balance.

As she tried to right herself she noticed another man behind her, and that’s when it hit her – she knew these young men! Winifred had seen both of them coming out of the bank earlier that day.

Winifred was still in the middle of her transaction and the second man tried to reach over her and push the button to withdraw £200, but she wasn’t about to let that happen.

One thing the thieves had failed to account for was that this was no weak and timid grandmother they had targeted. Winifred goes to the gym four times a week and wasn’t about to give up without a fight!

When the man tried to retrieve the withdrawal Winifred grabbed him by the collar and slammed his head into the ATM several times. That was enough to put the fear of God into the men and they hightailed it out of there!

Shaken, Winifred reported the incident and the three men who had coordinated the attack – Piper Dumitru, Florin Geblescu, and Felix Stoica – were picked up a short time later. Police were able to identify the thieves by the blood-streaked face of Stoica, the man Winifred had slammed into the ATM.

Winifred thought the young men would just get a stern talking to, but the three of them were charged and are currently serving jail time.

Winifred said the incident doesn’t make her want to start roaming the streets looking for thugs to bring to justice. In fact, she said, the assault has taken away some of her confidence.

“They did not care about how this would affect me,” she said about the three men who tried to rob her. “I would definitely say this has changed my life. I will never have the confidence I once did. I only hope my confidence returns.”

If anyone should be full of confidence, though, it’s Winifred – a 77-year-old woman who managed to stave off three young attackers and bring them to justice. We hope her confidence returns soon and she can get back to the normal – and uneventful – life she deserves.

Were you amazed by the way Winifred was able to fight off her three young attackers? So share this!