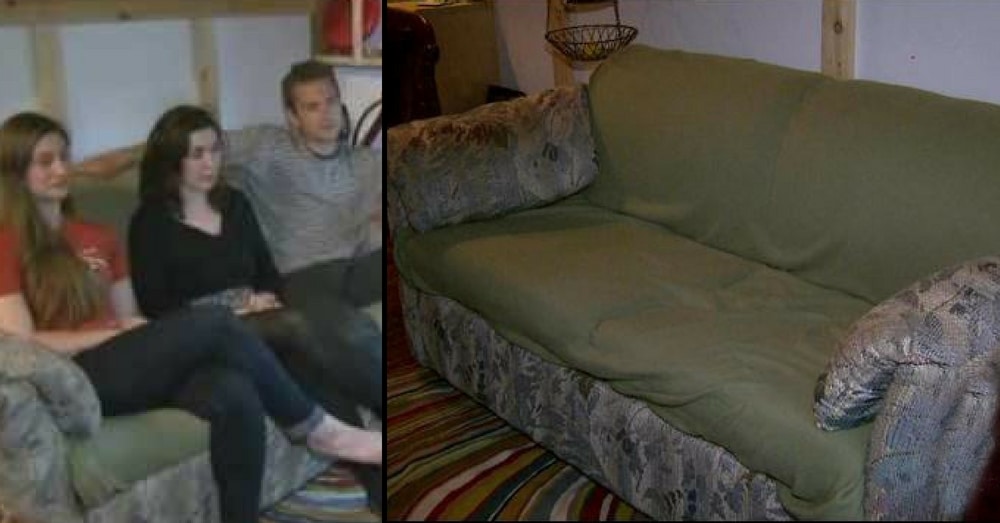 Reese, Cally, and Lara were looking for a new couch for their tiny New York apartment. Unfortunately, most of the couches they found were too big for their living room.

Finally, they found a couch just the right size at the Salvation Army. It was old and ugly and had a strange smell, but it was only $20 and it fit so they decided to take it.

A couple months later the roommates were sitting on the couch watching a movie together when they felt something strange in the cushions.

They looked under the arm of the sofa and found an envelope containing $700!

The trio couldn’t believe what they had found, but they were in for an even greater surprise. After some digging, they found several more envelopes in the couch. Between them all, they held $40,000 in cash!

As they tried to figure out what to do with the money, they noticed a woman’s name on one of the envelopes. They looked up the name in the phonebook and found a match.

When they called the number, the woman on the other end told them the money was her and her husband’s savings. They had kept the money in the couch for 30 years, but her husband had passed away.

The woman had had back surgery and started sleeping on the couch every night. As a favor to her mom, the woman’s daughter had bought her a new bed and had taken the couch to the Salvation Army, unaware that there were thousands of dollars hidden inside!

The woman was so grateful that the roommates had reached out to her to return the money that she gave them $1,000 as a thank you.

There was a lot of money hidden in that couch, and I’m sure these students could have done a lot with it, but they knew they couldn’t keep it. Now they can rest easy knowing they did the right thing and that woman will be forever grateful to them.

Are you proud of these students for returning the money? So share this!