3 Kids Trapped In Ice After Devastating Avalanche. What 9-Yr-Old Does Next Is Amazing 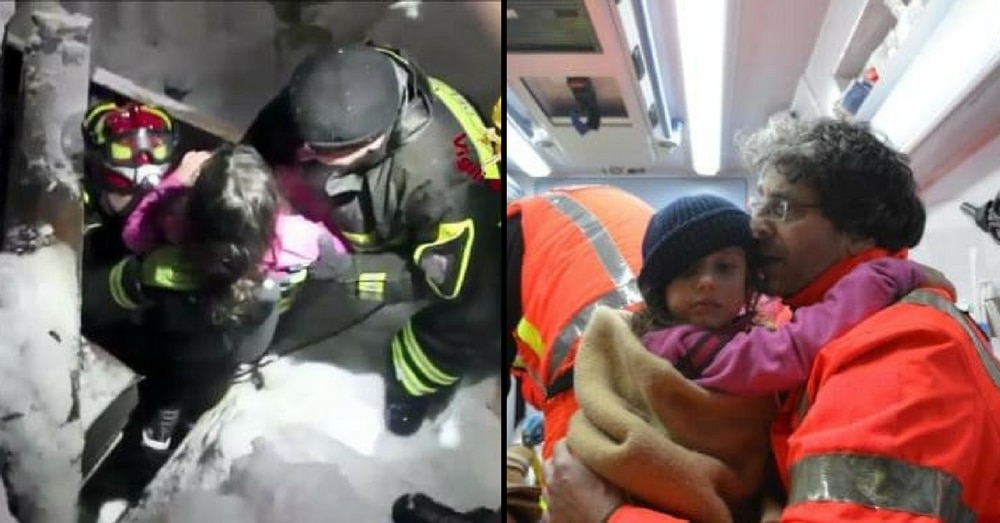 A nine-year-old boy who was trapped in the icy wreckage of the Italian hotel hit by a devastating avalanche kept up the spirits of two younger children by singing them songs and recounting stories from the Disney film Frozen. 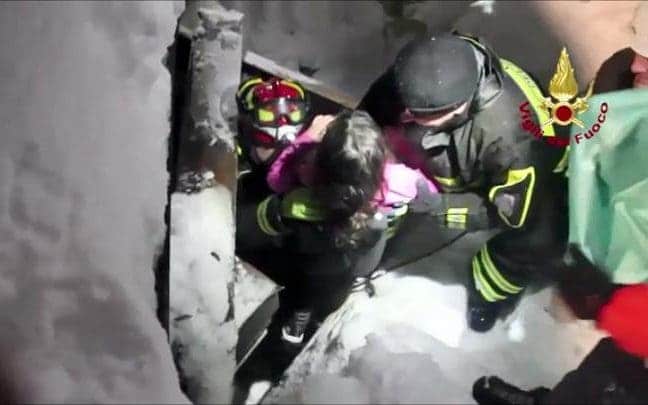 Six-year-old Ludovica Parete was one of the first people to be rescued alive from the snow-covered ruins of the Hotel Rigopiano CREDIT: ITALIAN FIRE SERVICE/AFP

The heart-warming account of Edoardo Di Carlo’s bravery came as the death toll from the disaster rose to 15.

Six bodies were recovered from the shattered ruins of the Hotel Rigopiano on Tuesday after rescuers managed to dig their way into the bar and kitchen area, leaving 14 people still unaccounted for.

Nine people have been pulled out alive after rescuers dug shafts into the mangled wreckage of the resort, burrowing through several feet of compacted snow and ice. 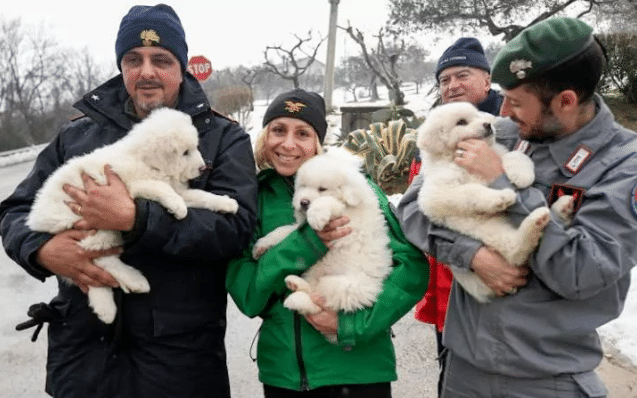 Hopes that survivors may still be found in the mangled remains of the resort were boosted on Monday after three sheep dog puppies were rescued from the hotel’s boiler room. CREDIT: ALESSANDRO DI MEO/ANSA

Edoardo, who is still recovering in hospital, was hailed a hero after it emerged that he hugged and reassured six-year-old Ludovica Parete and seven-year-old Samuel Di Michelangelo as they endured two days and nights of freezing temperatures in a pitch-black space inside the collapsed hotel, in a remote valley of the Apennines.

The children found themselves imprisoned in a small space, without food or water, in a collapsed games room after the four-star resort was almost obliterated by a 300-yard-wide avalanche that thundered in from the mountain overlooking the hotel.

Edoardo hugged the other children, sang songs and told stories from Frozen, because that was Ludovica’s favourite film.  She had dressed up in a Princess Elsa costume for her sixth birthday, just two days before her family were swept up in the avalanche. Her father, mother and brother also survived.

Details of the nightmarish ordeal emerged from psychologists who have been helping the children overcome their trauma while recuperating in a hospital in Pescara, a city on the Adriatic coast. 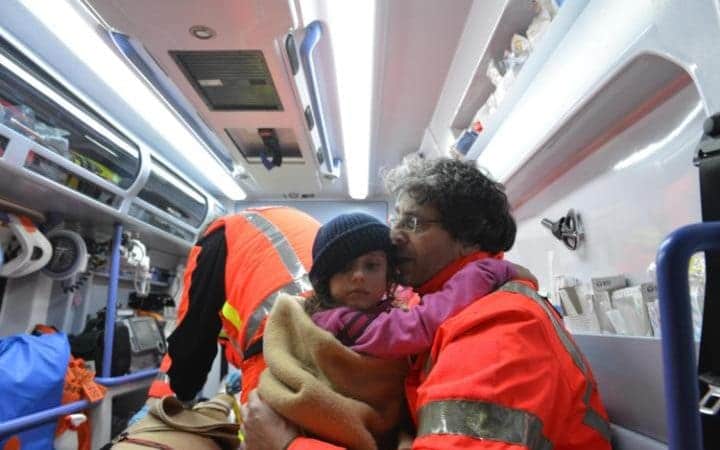 Ludovica Parete, six, was one of four children who were rescued after being buried by a wall of snow, ice, rock and shattered pine trees. CREDIT: CLAUDIO LATTANZIO/ANSA

“The three children clubbed together in a little team and in that way they managed to overcome their fear,” Alessandra Pagnani, a psychologist, told La Repubblica newspaper. They were eventually rescued on Friday and taken by helicopter to the hospital, where they have been playing together. “They are kids, so playing is their main form of expression – playing together is the way they have found to exorcise what happened to them,” the doctor said.

Read more about this heroic little boy on The Telegraph.