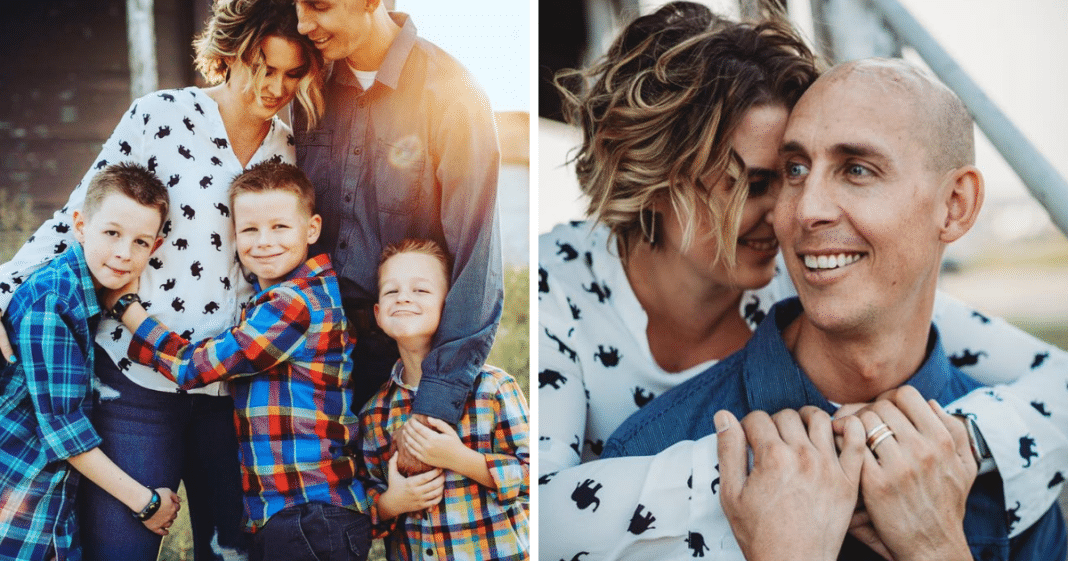 A courageous soldier was tragically diagnosed with a brain tumor just weeks after learning of his wife’s pregnancy. 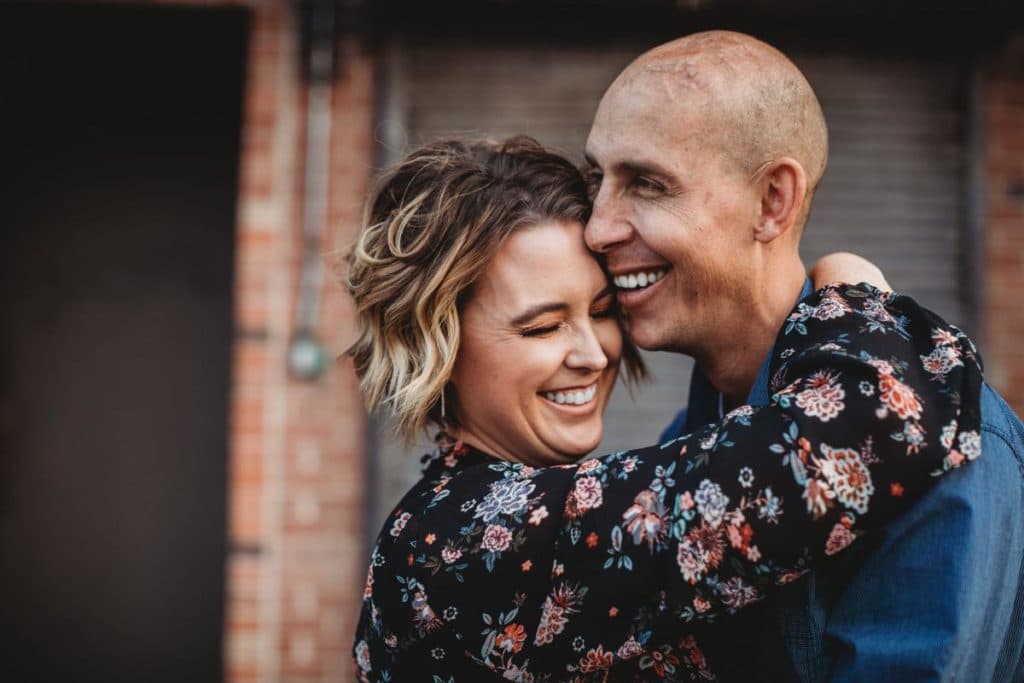 U.S. Marine Jason Shipmon was diagnosed with a brain tumor weeks after finding out that his wife, Amanda, was pregnant with the youngest of their three sons. At that time, doctors gave Jason only a few years to live. But that didn’t deter Jason and Amanda from fighting for Jason’s life.

With the help of radiation and chemotherapy, Jason lived past his prognosis.

We kind of had passed that five-year mark and were just very hopeful that maybe he was that small percentage that it wouldn’t come back,” Amanda told the Casper Star Tribune. “But we always knew that the odds of it coming back were very high.

Despite their hopes, the brain tumor had returned.

Jason and Amanda met in 2004 and married after a short engagement of six weeks, just two weeks before Jason had to leave for his second deployment with the Marines. They had to part several times over the next ten years, as is the nature of being a soldier. He survived combat in Iraq and Afghanistan, but cancer was too big an opponent for the brave soldier to survive.

“I have fought the good fight, I have finished the race, I have kept the faith.”
‭‭2 Timothy‬ ‭4:7‬ ‭

Last night my sweet husband, the love of my life left this earth to go home. He fought so hard for so long for me and our precious boys.

My heart is broken, I feel lost. I look in the faces of our boys and my heart breaks even more, but I feel a little less lost. They are my why. They will give me a strength to carry on.

“A true love story never ends.” Truer words could not be spoken. We wrote a beautiful love story. He made me happier than I even knew I could be and the gift of his love is the greatest gift I have ever known. It will continue to comfort me and carry me on.

My boys will always have the gift of waking each morning having called this man “daddy” and knowing their dad was a hero in so many ways but especially to us.

His fight was good and he has finished his race.

Now we must continue on ours. One day at a time. One step at a time.

“I have fought the good fight, I have finished the race, I have kept the faith.”‭‭2 Timothy‬ ‭4:7‬ ‭Last night my…

Jason and Amanda have three sons. Jason was only 37 years old at the time of his death. A soldier fought the good fight and will be remembered as a hero.