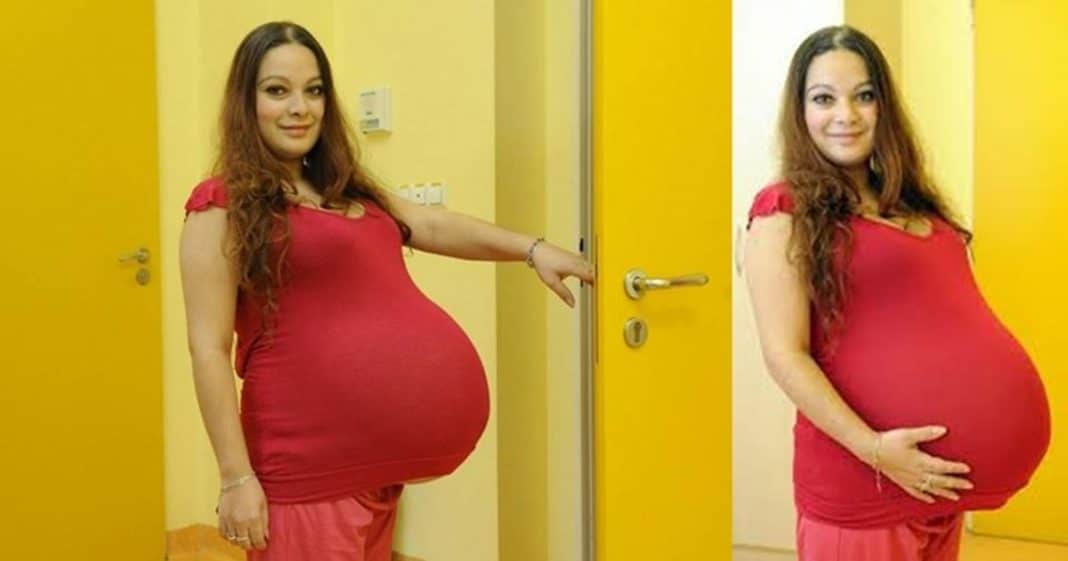 Alexandra Kinova, 23, and her partner Antonin Kroscen were looking forward to growing their family. The couple already had one child together. Twins were prominent for both their families. Alexandra found she was expecting; the good news? She was going to have twins.

The parents-to-be couldn’t believe their luck. How cool was it that they’d carry on the tradition of bringing twins into the world?

But a month later, something incredible happened. Doctors noticed the fifth baby: “When we finally found a fifth head, I started to cry,” said Kinova, whose chances of conceiving them naturally were one in seven million.

The sexes of the children would be revealed at birth. Two of the little ones remained hidden from the ultrasound. As in situations like these, the couple took the news in stride.

“The first child I nursed for almost a year and a half, and I want to breastfeed now. ‘While I know that some will be on artificial nutrition.

“I very much look forward to seeing how they will look,” Kinova said before giving birth.
When it was time for the babies to be born, 40 professionals including doctors and midwives were scheduled to be present. Kroscen barely made it to the birth on time after his train was delayed.

“I was crying all the way since I feared I would not manage it,” he said.

Can you just imagine the organized chaos in that delivery room? I wonder if the babies were handled like items on an assembly line.

The five children were brought into the world without any complications. The two are proud parents of four boys: Deniel, Michael, Alex and Martin. They had one baby girl they named Tereza.

Incredible pictures from the birth of quintuplets in Prague. See more on the link belowhttp://www.parentdish.co.uk/2013/06/03/czech-woman-gives-birth-to-first-quintuplets/

This was a historic milestone for the Czech Republic. Their children were the first quintuplets ever recorded: “In our country (birth) statistics have been recorded since 1949 and there’s no mention of quintuplets. In the Czech Republic quintuplets are born on average once every 480 years,” doctor Alena Mechurova said.

Though they were in good condition, mother and babies were sent to intensive care. The five little ones were given a 95% chance of growing up healthy.

Instead of one new baby, they have a family of six. We wish them all the best of health, happiness and love.