20-Yr-Old Starts Having Seizure In Grocery Store, Shopper Ignores Service Dog Trying To Save Her Life 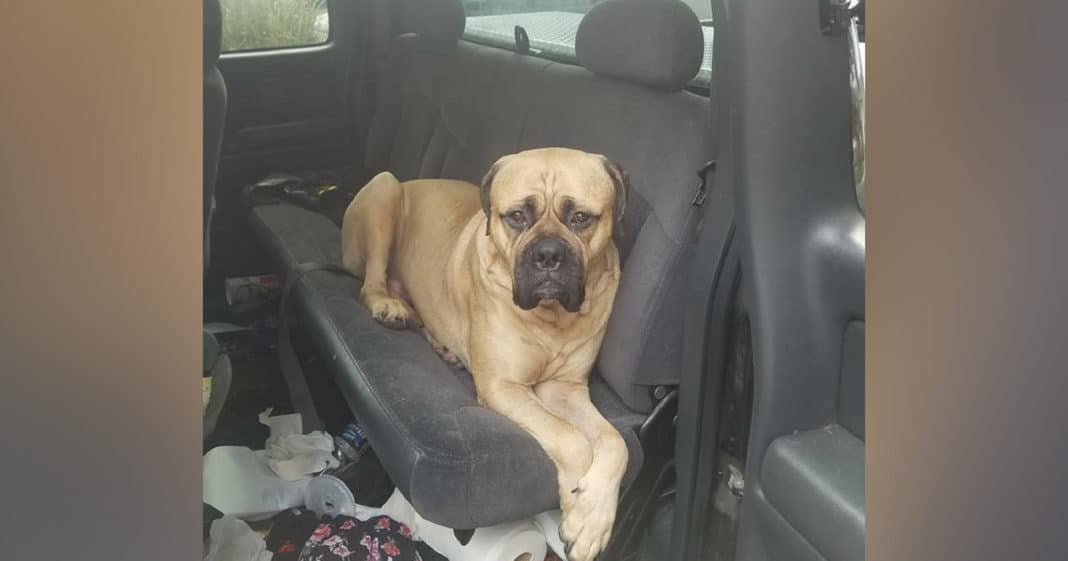 Education about service animals is hugely lacking for many. These animals aren’t pets. When their harness or vest is on, they’re working. They are with their owner for a purpose. Whether medical or to help guide them across a street, turn on a light, or provide emotional support, be assured if you see a dog on their own, without their owner, in public, there’s something wrong. If a dog approaches you, give it your full attention.

Raider is an English mastiff and bulldog mastiff mix. He’s been with 20-year-old Tessa Connaughton for three years. Tessa has autism and suffers from seizures.

Raider knows exactly what to do when his mistress falls face down. She needs pressure, so the dog lies on top of her to calm her.

Tessa explained raider’s responsibilities. “Layman’s terms: He lays on me if I get antsy.”

The young woman from California was diagnosed with epilepsy a few months ago. Since then, Tessa’s added another level of training for Raider. He knows to seek out outside assistance by nudging arms and legs with his nose. Tessa can’t handle loud noises; otherwise, raider could merely bark to alert those around them that his mistress needs emergency services.

“Loud noises are painful for me,” Connaughton wrote. “Especially when I’m already in distress.”

While at the grocery store one day, Tessa fell while reaching for coffee creamer and sweetener. She was unharmed, but Raider believed his mistress was having a seizure and needed immediate aid.

The smart boy responded accordingly; he sought out a woman for help.

When Tessa recovered from her fall, she observed Raider attempting to get the woman’s attention. Instead of realizing the dog needed her to follow him, she pushed him away, not understanding what he was doing at her side.

“She was swatting at his nose and telling him to leave her alone while she was shopping,”  she said.

Tessa realized if this shopper didn’t understand what raider was doing, she figured others might not either. She wrote a Public Service Announcement and posted it on Tumblr. It was shared to Twitter on June 16th, and then liked over 187,000 times and retweeted nearly 160,000 times on the social media platform.

In the post, she shared her story and what people should do if they encounter a service dog without their owner.

“If a service dog without a person approaches you, it means the person is down and in need of help,” the announcement said. “Don’t get scared, don’t get annoyed, follow the dog!”

Of course, there were critics. But more people got behind Tessa’s PSA and began sharing their own stories of coming across service animals without their owners.

my classmate's service dog came up to me alone outside and i said "where's your mom?" he ran off and i ran with him. his mom was having a seizure on the sidewalk and i was there to put my sweater under her head to protect her.

One of the supporters who shared her own story was someone named Gretchen. “My classmate’s service dog came up to me alone outside, and I said “where’s your mom?” he ran off and I ran with him. his mom was having a seizure on the sidewalk and I was there to put my sweater under her head to protect her.

For those who criticize her for posting her story, Tessa had the perfect practical response. “There are a thousand ways to train a service dog,” she said. “I live in a small town with a lot of people, so my method works for me.”

Take Tessa’s advice. The next time you see someone without their service animal, slow down and take a moment to investigate. You might just save a life.