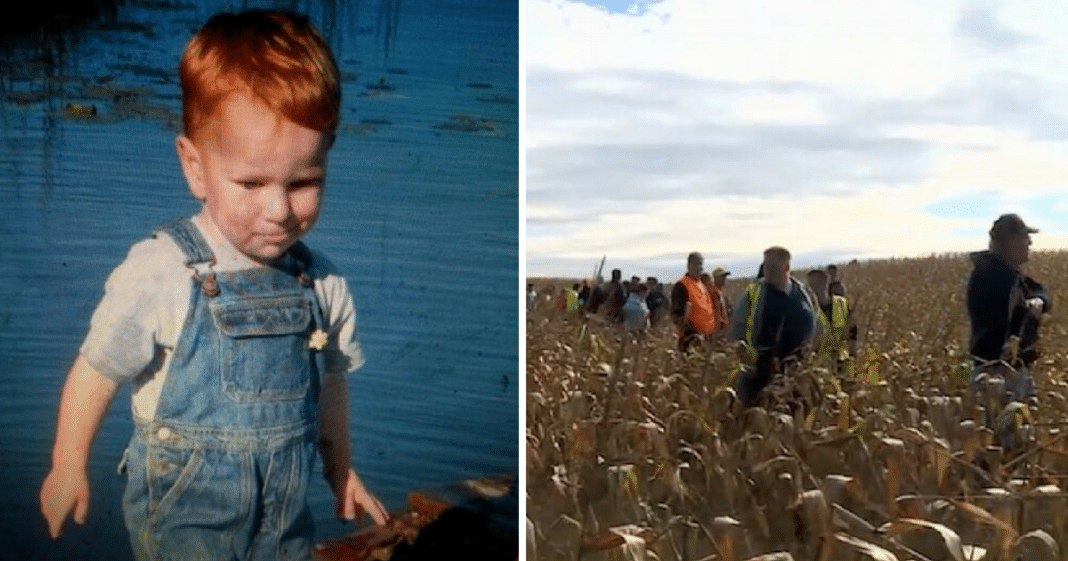 Cornfields are a familiar sight across rural areas of America. The sight doesn’t typically inspire thoughts about how hazardous they can potentially be, but kids can quickly find themselves lost in the thick uniform pattern of stalks. That’s what happened to 3-year-old Dynton Logalbo from Wisconsin.

Dynton was lost for 20 hours overnight when he wandered away from his mother in the backyard and entered a 400-acre cornfield.

When he went missing, hundreds of volunteers, search dogs, the Sheriff’s Department, and helicopters worked through the night to find him. The dense thicket of stalks made it almost impossible to see anything in the distance.

“We had to almost step on the child to find him, it was so thick,” said Sheriff Bill Greening. 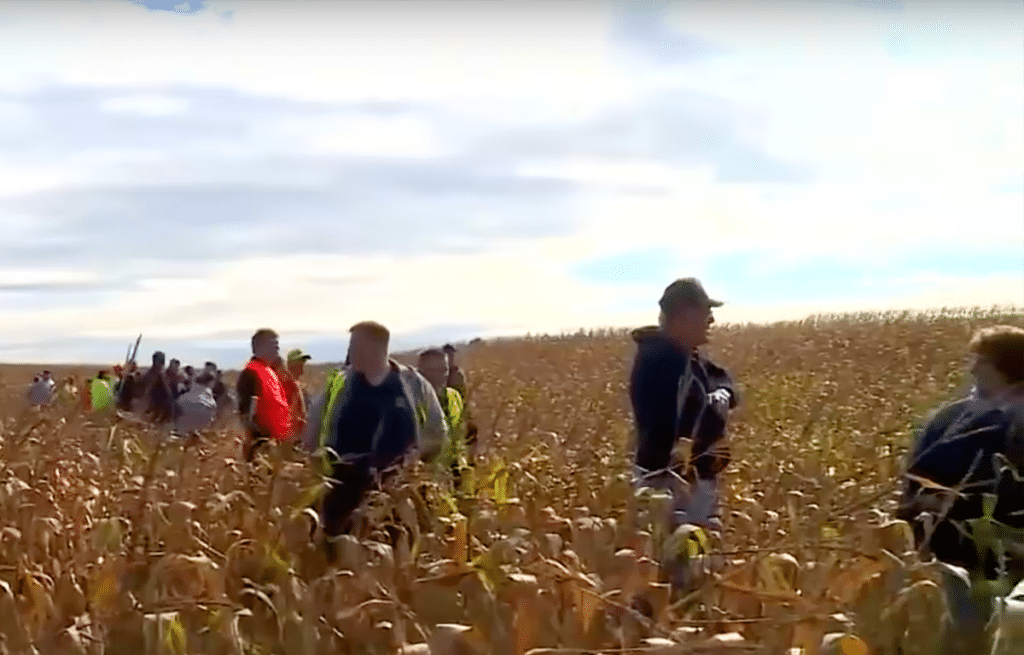 Volunteers search for the missing boy

A father of twins, Tom Andrashko was overcome with emotion when he spotted little arms and legs in the sea of corn stalks about 20 feet away.

Andrashko took off running to get closer and was overjoyed to see the 3-year-old sitting cross-legged on the ground. The little boy was scared but would be ok.

After getting some water and snacks, Dynton was taken to the hospital to be checked over and he was soon released.

“He was cold, and wet and scared,” Greening said. “But overall, he was in good health.” 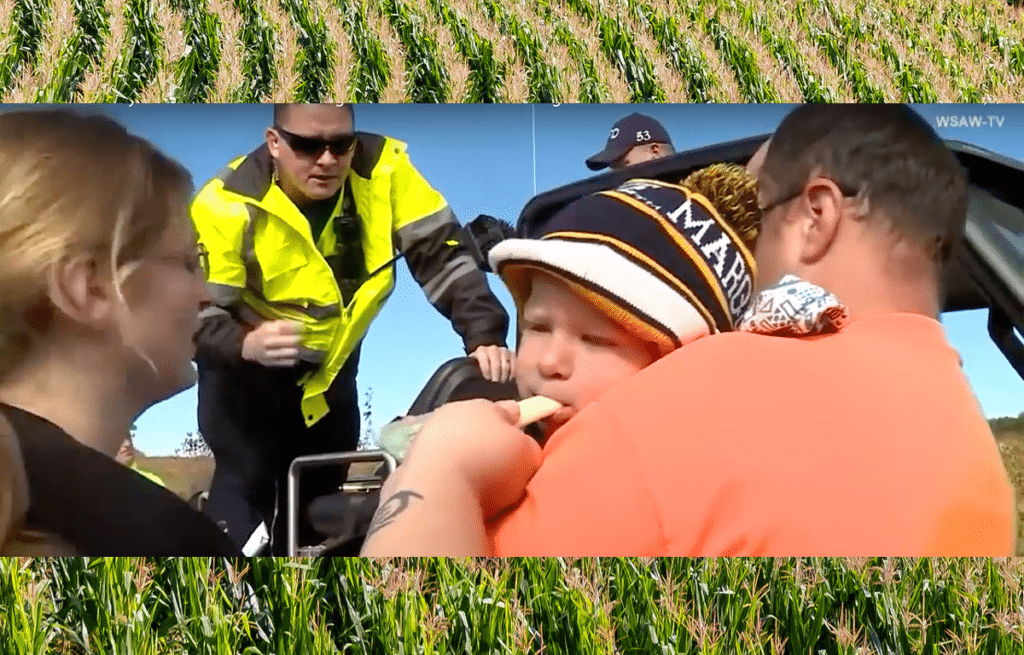 Greening was inspired by the 600+ volunteers who showed up by word of mouth up for the search.

“It was amazing. I’ve seen a lot of situations like this before and it is truly amazing the amount of caring and compassion that our community provides without even the need for announcements for volunteers,” Greening told the Antigo Times.

In a similar story, 3-year-old Remy Elliot went missing from her rural Missouri home. Like Dynton, she was lost overnight in a cornfield. However, she was accompanied by her loyal dog, a Yorkshire Terrier named Fat Heath, who stayed by her side all through the night.

After a 12-hour overnight search that seemed like an eternity, rescuers with two helicopters and over a hundred volunteers found her when her little dog started barking.

Remy was covered in mosquito bites but was otherwise ok.

A younger toddler, 2-year-old, Mason, went missing in a cornfield in Richmond, Minnesota.

A heat-seeking video revealed the boy and his faithful English Springer Spaniel, Bella Grace and her 12-week-old puppy, Madeline.

The special video helped rescuers find them all in several hours time.

An elderly woman with dementia from North Carolina was lost in a cornfield in 2017. Using a drone, the Sheriff’s Office was able to find her in just 25 minutes.

Featured image: Cornfield via Max Pixel with screenshot via YouTube