2-Year-Old Trapped Under Fallen Dresser. What His Twin Brother Does Next? Wow 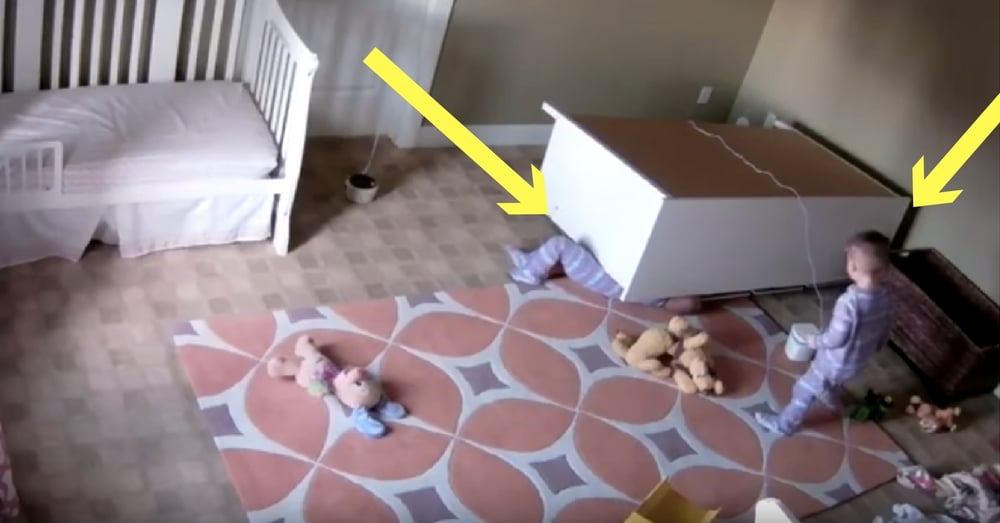 It was with terror, along with incredibly grateful hearts, that the parents of twins Bowdy and Brock watched the footage from a camera mounted in their boys’ room.

The video showed the two-year-old twins playing together and climbing up on their dresser drawers before the entire dresser toppled on top of them.

Bowdy managed to escape from the falling dresser, but his brother was not so lucky. Brock cried as he struggled under the weight of the heavy piece of furniture.

The footage shows Bowdy walking around the dresser trying to figure out what to do. At one point he even climbed on top of it, seeing if that would help him come up with a solution.

Finally, the toddler had an idea. Click below to see what happened next:

Bowdy managed to lift and push the dresser just enough so Brock was able to get out from underneath it.

Thankfully, both boys escaped the incident shaken up, but otherwise unscathed.

Their father, Ricky Shoff, is so thankful that his boys are ok. He credits his son’s ability to lift the heavy dresser to a higher power.

“We are so grateful for the bond that these twin brothers share,” he said. “We know Bowdy was not alone in moving the dresser off of Brock. And feel blessed that he is ok.”

He also added an important piece of advice that all parents of young children should take to heart:

“Please make sure all your dressers are bolted and secured to the wall.”

Were you amazed at how Bowdy was able to save his twin brother? So share this!