2 Sisters Take Stage To Sing A Classic, But Wait Till The One On The Right Opens Her Mouth… 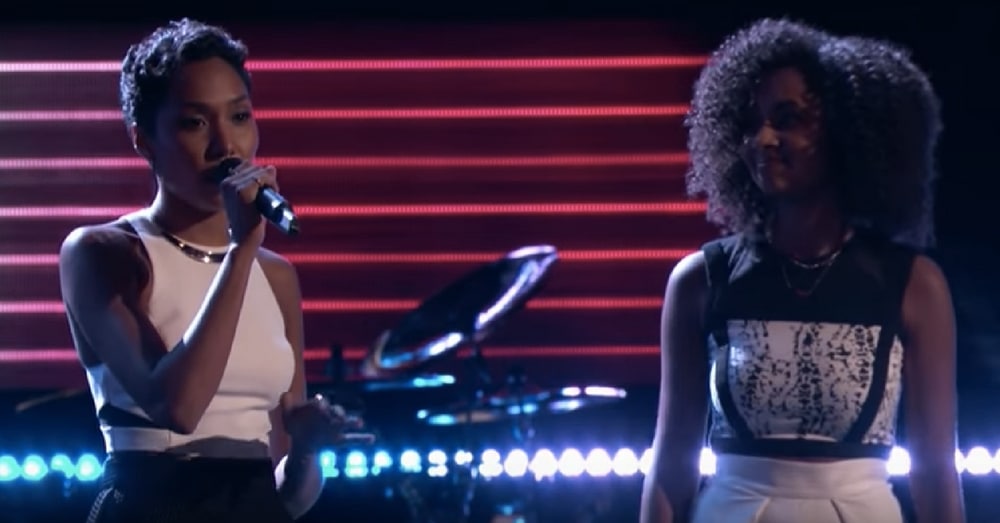 We love The Voice because the whole show is based solely on talent. The judges can’t see the singers when they are auditioning, so the only thing they have to go off of is their voices. That can lead to some surprises, and these sisters definitely had one when they auditioned.

When Whitney and Shannon started singing, even though they were going back and forth, their voices were so similar that the judges didn’t realize there were two singers. Then they started singing a beautiful harmony, and you could see the shock on the judges’ faces when they realized there were actually two singers on stage.

Apparently the sisters had not performed together in quite a while, but you would never know it listening to their clear, sweet voices and beautiful harmonies as they sang the Dixie Chick’s version of Fleetwood Mac’s “Landslide.” Their incredible rendition got all four of the judges to turn their chairs!

Judge Adam Levine turned his chair first and later told the girls, “You guys harmonizing, you can’t teach something like that. That collaboration is really, really a tough dance, and it either works or it’s a mess. And it was really, really, really beautiful.”

Alicia Keys then told them, “There’s no box for you for where you are gonna fit in. You’re everywhere. And that’s where I see you, and I’d like to help you get there. The world needs to see the two of you.”

Click below to hear the sisters’ poignant rendition and find out which judge they picked:

Did you love this performance as much as we did? So share this!