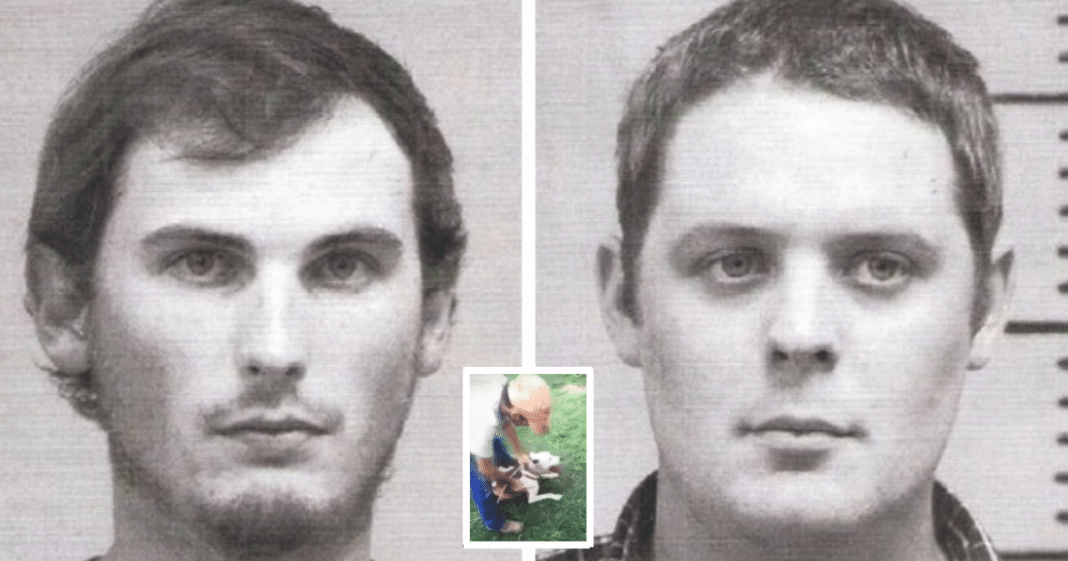 This is one of the most terrible incidences of animal cruelty I’ve ever had to share with our readers. It breaks my heart to write about this poor innocent pit bull who’s throat was slit by one man and posted to social media by another. They did it to be funny and to have a laugh. Instead of receiving the maximum sentence of ten years behind bars, they were given a slap on the wrist.

Both men are from Hamberg, Arkansas and were sentenced by a Morehouse Parish, Louisiana judge in Bastrop. On Thursday, Steven Sadler and video-maker Boots Stanley were sentenced to probation for one count each of aggravated animal cruelty, which carries a maximum sentence of ten years and a $25,000 fine. Instead, the judge gave them three years probation, fined them $5,000 each, and 480 hours of community service.

Lewis Unglesby, one of Stanley’s attorneys, said donating $5,000 to the Morehouse Parish Humane Society would cancel half the community service. Personally, for such a horrific crime, that’s disgusting. I’m sure the organization would accept the donation, but let’s face it, the money isn’t given out of a want to help or care for animals but as penance for a crime that should never have occurred. It wouldn’t kill these offenders to learn some empathy and kindness toward creatures in need.

The lawyer continued by saying Judge Carl Sharp suspended a 3-year prison sentence for each and barred them from owning any animals for a year. Just one year? Why not for life? Who’s to say these two won’t harm or murder innocent dogs in the future.

In April, both men pleaded guilty to a felony. Sadler’s an avid hunter; the Federal law prohibits felons from owning firearms. Sadler was initially charged with four counts of aggravated cruelty to animals, and both men had been charged with conspiracy. 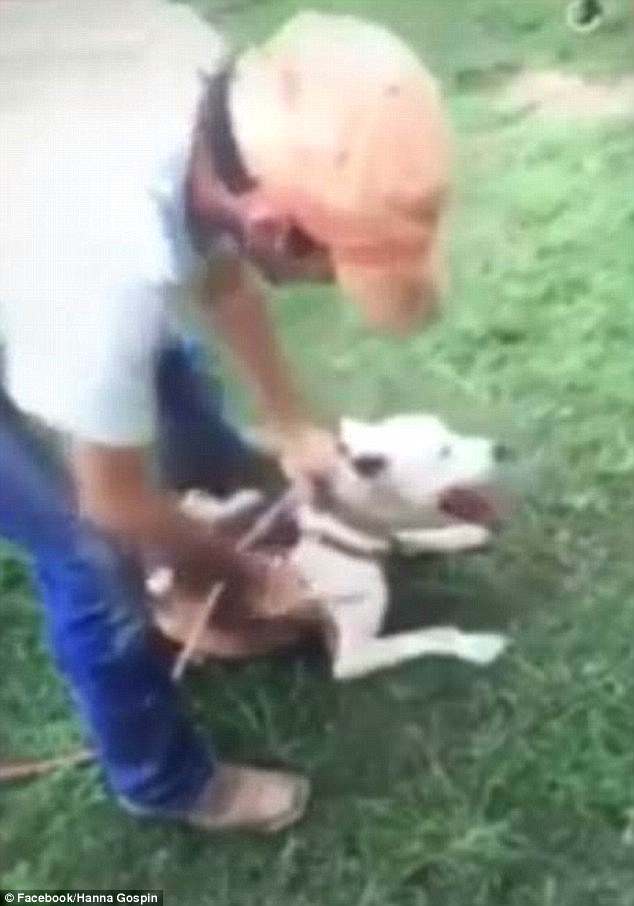 The judge offered them further clemency in their sentences; the men’s probation could be reduced after a year if they behave well and comply with the terms of their probation. If they don’t pay the fine, they could spend up to a year in the parish jail. Sick. Just disgusting. This doesn’t show the local community anything but acceptance of the mistreatment of animals.

The arrest warrant describes the crime in detail. Stanley is riding a horse. The pit bull is struggling to maintain its balance on the horse’s rear. Men can be heard laughing in the background as Stanley attempts to slit its throat. According to the warrant, it took several tries to cut the dog’s throat.

Where is the justice for this pit bull? These men could’ve been made an example of; clearly, the judge didn’t see much harm done with this crime. It’s just a couple of good ol’ boys having fun. It’s shameful and pathetic what they’ve been allowed to get away with… I fear for any dog or pet left in the care of these two idiots. Not all animals are meant to be humanely slain like those in the wild. Most are pets and are deserving of love and affection. Not to be violently murdered. If you found this story particularly disturbing, please share it.