2 Coyotes Sneak Into Yard And Attack. What This Dog Does Next Has Them Hailing Him A Hero 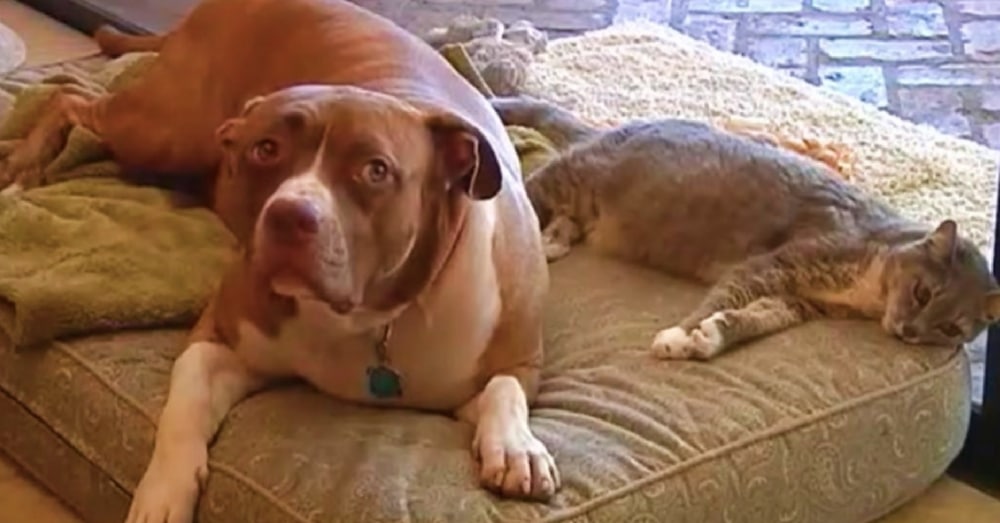 Some may think that dogs and cats don’t get along, but this incredible story demonstrates just how far dogs will go to help their feline friends in moments of need.

A cat in Florida named Kitty was in her backyard when two wild coyotes sneaked in and began attacking her. Pat Taylor, her owner, knew she could be killed and immediately began calling for help. But right when she and her husband ran outside to scare the coyotes away, the couple saw an unlikely hero coming to Kitty’s rescue.

Taylor’s newly adopted pit bull, Jack, fearlessly raced towards the coyotes and began fighting back. Jack was outnumbered, but nonetheless managed to save Kitty’s life and send the coyotes scurrying away.

The struggle left Jack with a few cuts and scratches, but Kitty suffered from a head injury and a broken tooth. The two were immediately taken to a vet, and fortunately, Kitty is expected to fully recover from her injuries.

What shocked the Taylors the most was that Jack was not particularly close to Kitty, as the two hardly ever spent time together during the few weeks since Jack’s adoption. But despite this, Jack went to Kitty’s rescue without any hesitation. To add to their bewilderment, Jack’s treatment towards Kitty completely changed after the attack, and he became very protective towards his feline sibling.

Read more about this heroic dog and how he’s watching out for Kitty at Shareably!