2 Boys See Trailer Go Up In Flames. Firemen Weren’t Expecting What They Do Next 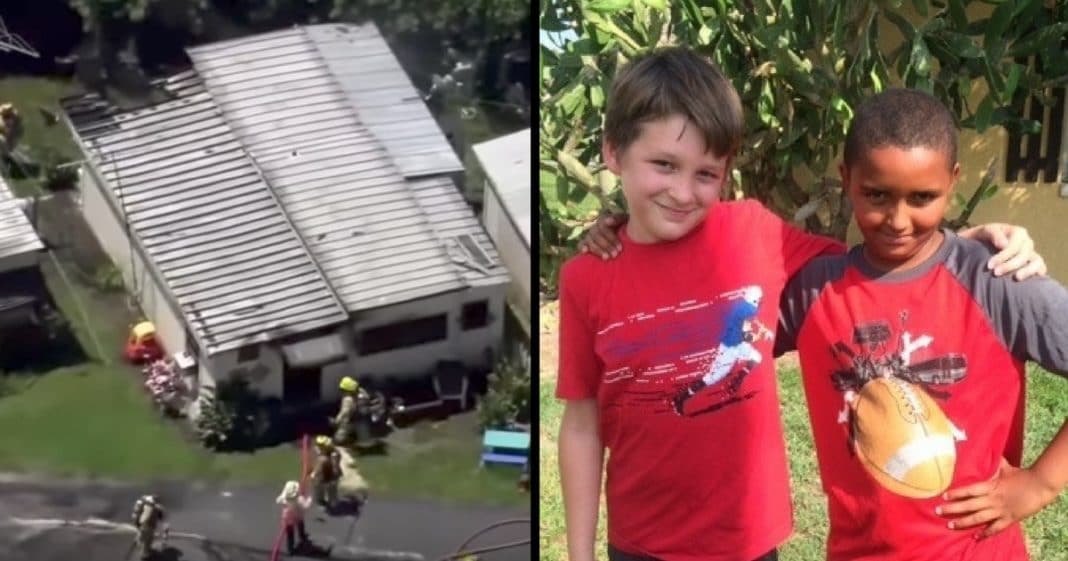 If most of us saw a house go up in flames we would rush to call 911, but these two young boys took things one major step forward, and now they are being hailed as heroes.

Isiah Francis, 10, and Jeremiah Grimes, 11, were hanging out when they looked out the window and saw flames coming from a nearby mobile home. They quickly called 911, but they knew there were children in the home and that by the time the firemen arrived it might be too late.

Without a second thought to their own safety, the boys rushed into the burning home.

“[It was] really hot. It felt like 150 degrees in there,” Jeremiah recalled. “I’m just thinking, ‘Stay calm, keep your mind straight, stay focused on what you’re doing.’”

Even though they could barely see through the flames and the smoke, the boys managed to grab two of the babies that were in there, ages 1 year and 8 months.

“I was freaking out trying to get the babies out before they got hurt or something happened,” Isiah said. “I found my way outside and I took the two kids to my house.”

There they waited for the emergency rescue team to arrive and put out the fire. Thankfully the firemen were able to rescue the other two children and the man who were left trapped inside the house. The two children sustained some injuries in the fire, but were in stable condition after being taken to the hospital.

The whole community is in awe that two young boys would put their own lives on the line to save someone else’s, but the boys don’t seem to be letting the praise go to their heads.

“I saved two people’s lives. Like, probably if no one did that, them two would probably be dead or seriously injured,” Jeremiah said. “I’m happy. As long as everyone is OK, I’m happy.”

Do you think these two young boys are heroes? So share this!