17 Yrs After House Burns She Gets Mystery Package. When She Opens It Knows It’s A Miracle 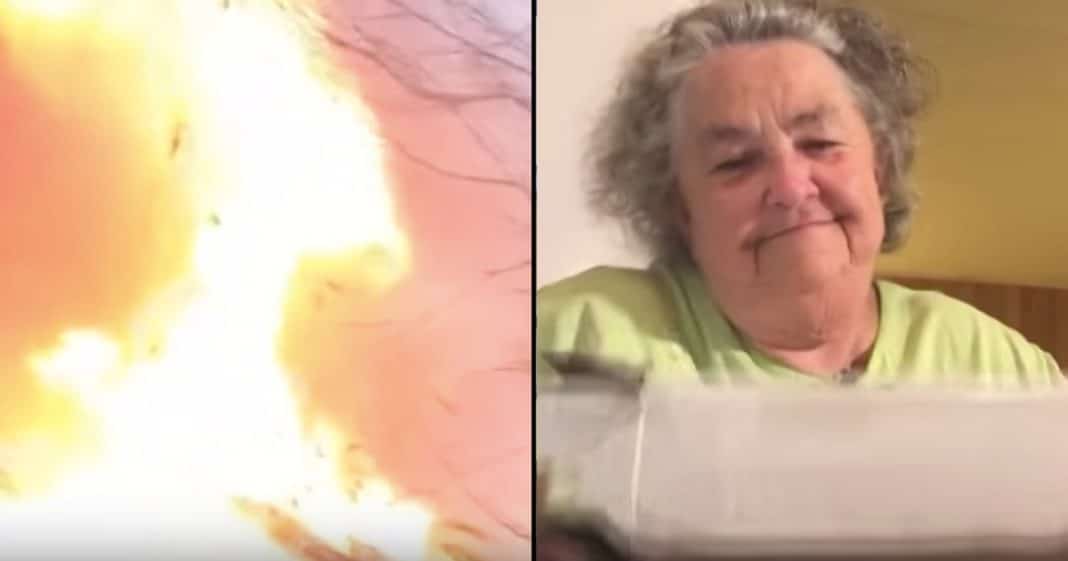 House fires can level a building in minutes, leaving nothing behind but metal pieces. That’s exactly what happened when Linda Crawford’s house caught on fire in the year 2000. Her home was totally destroyed by the flames and she had to move to another dwelling.

Linda recalled the devastation after the fire when she looked at where her house once stood. “If you’d had seen that house burn, there was no walls, no ceiling,” she said.

Seventeen years later it was a distant tragedy, but something from that fire was about to resurface that would leave Linda stunned.

Clifford Funk was walking through the area where Linda’s house once stood when he found a Bible. He took the Bible home and his wife started looking through it. That’s when she found a family tree…and Linda’s name at the bottom.

She looked for Linda on Facebook and contacted her to tell her of this lost treasure that was now found and waiting to be returned.

“Linda, from what I understand, she just busted out crying and couldn’t believe 17 years later [that the Bible was found and returned],” Clifford said.

When asked by NBC Charlotte’s Xavier Walton if Clifford thought the find was a miracle, he responded, “Absolutely I would call it a miracle.”

The treasured Bible back in her possession, Linda turned the pages and explained why it’s so important to her. “This is, it’s my treasure, because it’s my life, it’s my ever being,” she said. “It means more to me now because God brought something back to me that was took away from me.”

Clifford returned the Bible to Linda via a package in the mail, but plans are now being made for them to meet in person soon.

Were you amazed that Clifford found and returned Linda’s Bible after all these years? So share this!