16-Yr-Old Cancer Survivor Takes ‘Talent’ Stage. What Simon Does Next Brings Audience Members To Their Feet 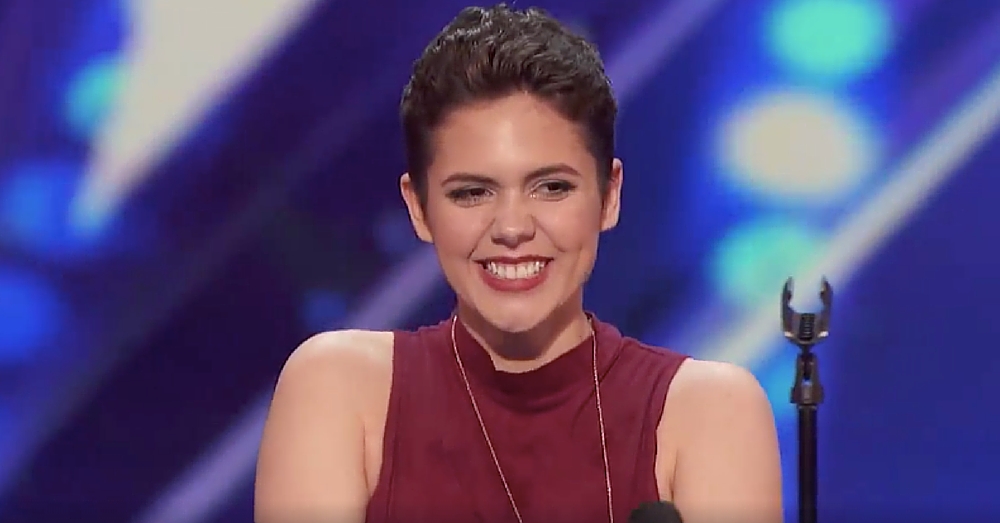 Caly Bevier first rose to Internet fame when she appeared on the Ellen show late last year. Now she’s making waves again after what she just did on America’s Got Talent.

The inspiring 16-year-old has quite the incredible story. While vacationing with her family in Florida, Caly’s mom noticed a lump on her stomach. When she got home, doctors diagnosed Caly with ovarian cancer.

The teen was sent into urgent surgery to remove the cancerous five pound tumor and then she had to go through an arduous chemo treatment.

While undergoing treatment, Caly heard Rachel Platten’s hit “Fight Song.” That song became her anthem as she fought hard against cancer, and a video of the bald teen singing the powerful song is what first got Ellen’s attention.

Now Caly is back in the news after what she did last night on America’s Got Talent.

The teen walked onto the stage with the poise and grace of someone much older and impressed the judges with her confidence and incredible story. It was when she started to sing, though, that she completely blew them away.

Caly stuck with the song that has brought her through so much, and though she was nervous her voice was strong and clear.

Once she finished the song the judges couldn’t give her enough praise.

“You have gone through an obstacle far greater that anybody much older than you could even imagine going through,” said judge Howie Mandel. “You made the choice of singing that song, and that’s your fight song. And it was so heartfelt and so inspirational.”

Judges Mel B. and Heidi Klum both commented on Caly’s beautiful voice, so mature and strong for someone her age.

But it was judge Simon Cowell who really showered Caly with praise.

“I love everything about you,” he said. “I just had this feeling when you walked in. I can’t explain it. Just your spirit, the choice of song, your voice. I think you’re really special. I’ve just got this really incredible feeling about you.”

“I predict great things are gonna happen for you,” he continued. “There’s something about you.” Then he did something that left Caly in shock and had the audience screaming.

Were you happy to see Simon give this inspiring teen the golden buzzer? So share this!