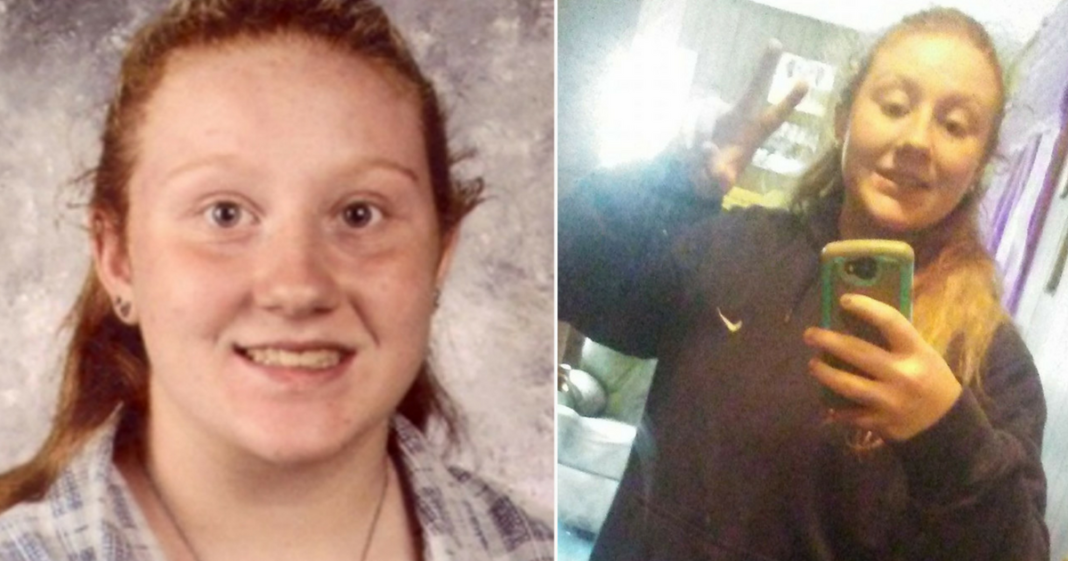 One family and several friends have been left shattered after the death of a teenager named Sadie Riggs. Sadie’s parents wrote a gut-wrenching obituary where they address those directly responsible for their daughter’s death. They do it in part, to help them cope and to also shed light on bullying and how unacceptable and cruel of a practice it is.

“In an effort to debunk the rumors about Sadie’s death we would like to share this information. Yes, Sadie took her own life, she hung herself.

“It is hard to fathom that someone so young could be so troubled. Sadie was seeking help, she was in counseling and taking medication, but it was all too much for such a young soul to live with.

“If you take a minute and look at Sadie’s family dynamics, you will see that a large percent of the people in her life were not related to her by blood, but she was sent to us by God who knew this child needed a family. Sadie had a tough life, and until a recent incident at school she handled everything life served her.”

It continues, discussing the cause of Sadie’s suicide. “For a young lady so excited about going to the High School things sure went terribly wrong for her. For the bullies involved, please know you were effective in making her feel worthless.

“That is all between you and God now, but please know that it is not too late to change your ways. Sadie’s death has taken us to dark places; we will stick together and protect one another as we try to make sense of this tragic loss.

“To all the bullies out there, I just want you to know that as much as we despise your actions never, ever do we wish for you to feel the paralyzing pain that engulfs our bodies, a pain so severe that it makes the simple act of breathing difficult or the guilt that leaves us wondering  what we could have done differently-or that struggle to remember the last words we spoke…Our hearts are beyond broken.

“Sadie, it was a privilege to have you in our lives, and we will always love you. May you find peace in the arms of God and may we all be kind to one another.”

Instead of flowers, Sadie’s family requested that we all be kind to one another. A simple request, but one humankind doesn’t always follow. Bullying is done to intimidate and abuse. Force and/or coercion are applied in an attempt to dominate someone. Those who behave so despicably should be punished.

Bullying isn’t always physical. It can involve verbal or written attacks about someone’s race, religion, social class, disability, or gender just to name a few. Bullies either work alone or in groups. This behavior takes its toll on the bullied. Some handle it while others don’t. The bottom line is, no one should have to deal with it.

Sadly, Sadie isn’t the first teenager who ended her life because of bullies. If we can learn anything from this tragic story, let it be that words and actions do hurt. Bullying shouldn’t be tolerated. Those who perpetuate this behavior must be held responsible for their actions and realize how much they’ve harmed someone else.