When a blind and deaf passenger needed help, this 15-year-old girl came to his rescue 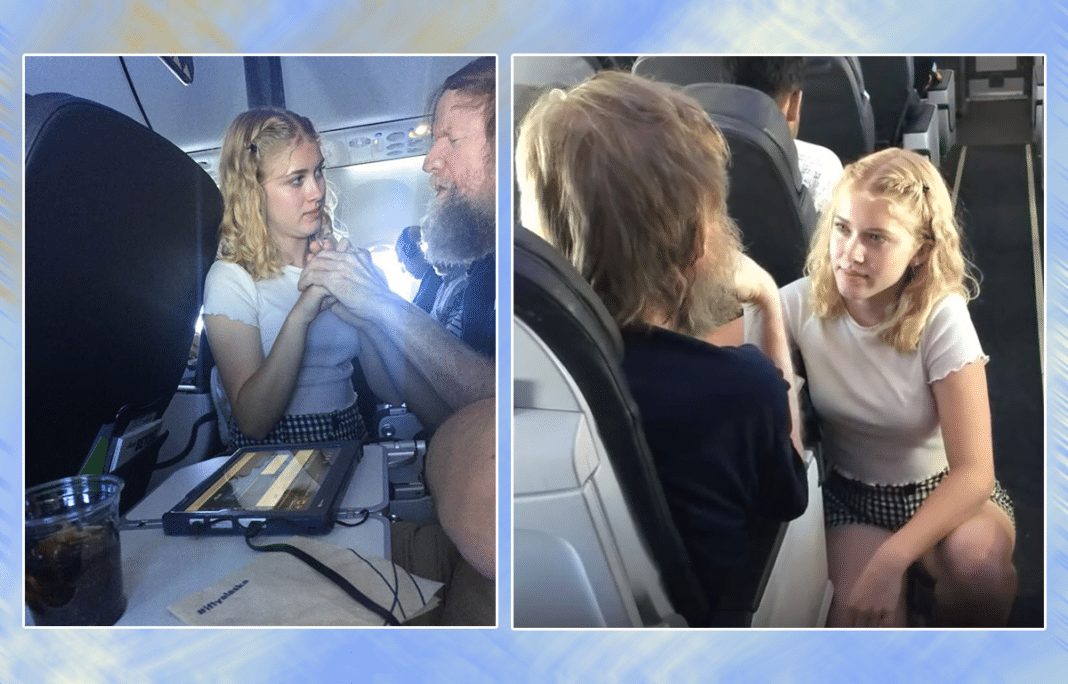 On a long flight from Boston to Los Angeles on Alaska Airlines, a man who was both deaf and blind was trying to communicate with the flight attendants but was finding it impossible. Although they tried their best, they just couldn’t understand each other. The attendants decided to ask over the intercom if anybody knew sign language. That’s when a 15-year-old named Clara Daly stepped up to help.

Daly was flying home from Massachusetts after visiting her grandmother. She had taken sign language for about a year as a means to communicate without writing since she was dyslexic. Now those skills were going to be very important.

The flight attendant asked Daly to “finger spell,” signing out the letters of the alphabet in the man’s hand. She was excited to do it, but slightly worried she might misspell something.

The man, who she soon learned was Tim Cook, said he needed a glass of water, which Clara was happy to get for him. She returned to her seat, but then later the flight attendant came over and told her that Tim was asking for her again.

“How much of the flight do we have left?”

She told him it was going to be three hours more and returned to her seat. Two more hours passed and the flight attendant came and told her that he was requesting her again.

For the last half hour of the flight, the two shared an animated and more personal conversation with small talk and stories about their families. Clara learned that Tim was a travel salesman before he went blind and deaf.

A passenger on the flight who observed everything that happened shared the details of Daly and Cook’s animated conversation on Facebook and the story went viral, reaching over 672,000 shares to date.

She recalled that many people went out of their way to help the anxious passenger.

“…When he asked her if she was pretty, she blushed and laughed as the seat mate, who had learned a few signs, communicated an enthusiastic yes to Tim. I don’t know when I’ve ever seen so many people rally to take care of another human being. All of us in the immediate rows were laughing and smiling and enjoying his obvious delight in having someone to talk to,” wrote Lynette Scribner.

Clara found it “kinds of weird” that so many people have been touched by the story of what she did on the airplane:

“You just do things because you do them and you’re supposed to. That’s how the world works but then people call you extraordinary, but it’s just something that you do,” said Clara.

Interestingly, Clara wasn’t supposed to be on that particular flight, but her original flight had been canceled. She thinks she was put on the flight for a reason: She was meant to help Tim.

Tim Cook said the flight was:

“the best trip I’ve ever taken.”

See the video from CBS News below:

See more with Clara in the video below: