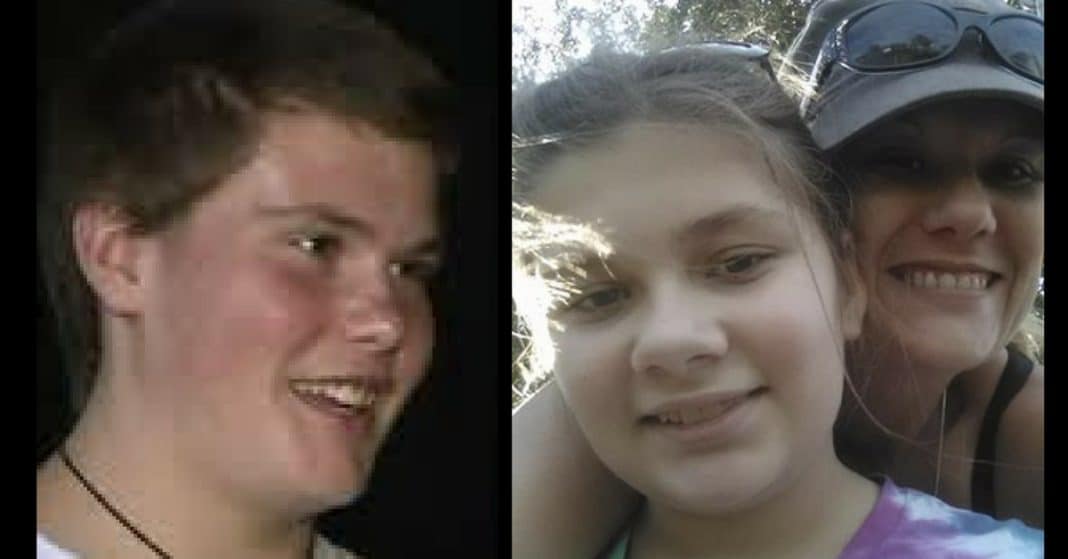 Heroes come in all shapes and sizes, ages and backgrounds. Oftentimes they are ordinary people called on with a moment’s notice to step in and save a life.

During these life-threatening incidences, they don’t think of themselves – just about helping the person in danger.

Caleb Bass is 13 years old and the older brother of 10-year-old Kira. Caleb, Kira, and their mom, Brandi, were heading home to Texas after visiting their older sister in Illinois. She’d just given birth to her first child, making Brandi a grandmother.

The trio was driving through Arkansas when they got into a horrible car accident.

“We ended up hitting the side, going off the road hitting a tree and going into a flip and when we landed [Kira, who wasn’t wearing a seatbelt] came out of the back window,” Brandi said.

Caleb was knocked unconscious in the crash but soon awoke to the sounds of his sister’s screams. Without a second thought to his own injuries, he pulled himself from the wreckage and went to find her.

“And he found her, he saw her injury, and she was already in shock and thought her knee was broken,” Brandi said.

Caleb noticed Kira was losing a lot of blood – too much blood. Remembering something he had once seen in a movie, the boy calmly removed his shirt and wrapped it around his sister’s leg like a tourniquet. Kira was losing consciousness, so he knew he had to work fast.

“What was going through my mind was that I have to save her,” said Caleb.

Knowing he’d done all he could for Kira, Caleb then went to find his mother who suffers from MS and other medical conditions.

He found Brandi still in the wrecked car. After pulling her out, Caleb returned to his sister.

First responders credit the young man with saving his sister’s life. If not intercepted by her brother’s quick thinking, the size and location of Kira’s wound along with the massive blood loss would have meant certain death.

“[Caleb] keeps telling everybody, ‘I am not a hero.’ And I keep telling him, ‘Yes you are, baby doll. You saved your sister’s life. People are just telling you that you did that,’’’ said Brandi.

Kira was taken to another hospital that could better care for her wound, which had exposed her leg bone. Since the accident, she is doing much better, but the little girl will require physical therapy and her leg will need monitoring as it heals.

Kira is now able to enjoy more time outdoors with her family and friends. She uses a walker to get around, but at least she’s alive.

“I tell her, ‘It sucks that it happened. But we have to fight. It hurts. But you’re alive,’” Brandi said.

“Without my son and God, I don’t know if we’d be standing here,” she added.

Who knows what Kira’s condition would have been if she had been wearing her seatbelt at the time of the accident. This mishap was a hard lesson for Kira to learn. Thankfully, she had her older brother there to look after her.

Do you agree that Caleb is a hero? So share this!