13-year-old tells cop he wants to run away from home, then officer looks inside his empty room 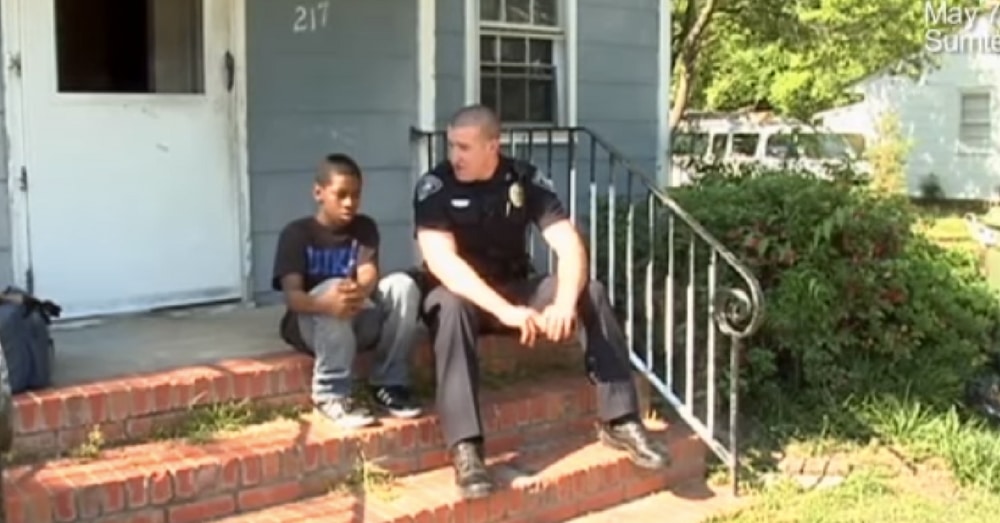 After 13-year-old Cameron Simmons made a distressed call to the Sumter Police Department, Officer Gaetano Acerra went to check in on him.

When he started talking to Cameron, the boy told him that his mom was yelling at him for playing his older brother’s video games and he wanted to run away from home, but Officer Acerra sensed there was more going on.

That’s when Cameron took the police officer into his bedroom. Officer Acerra couldn’t believe what he found.

The room was completely empty. There was no bed, no dresser – Cameron’s clothes were just thrown in a trash bag on the floor.

Acerra learned that Cameron’s mom had fallen on hard times after making an unexpected move from Texas to South Carolina to care for a sick relative.

Acerra talked to the boy and convinced him not to run away, but little did Cameron know that the officer was planning something much greater.

Unbeknownst to Cameron or his family, Officer Acerra began to gather items for the family. Then one day he surprised them all by dropping off a brand new desk, chair, bed, TV, and Wii gaming system. In addition, he brought a full bedroom set for Cameron’s brother and an air hockey table for them to play together!

The entire family was shocked and Cameron was left in tears when he saw the officer’s generosity.

Officer Acerra said he didn’t do it for praise or recognition.

“I put a smile on this kid’s face, and a friendship,” he said. “I think that’s well worth it.”

In a time when things are so tense between people and the police, it is heartening to see one officer go above and beyond the call of duty to help someone in need. The example he set for Cameron and his brother is sure to last a lifetime.

Were you touched by what Officer Acerra did for Cameron and his brother? So share this!