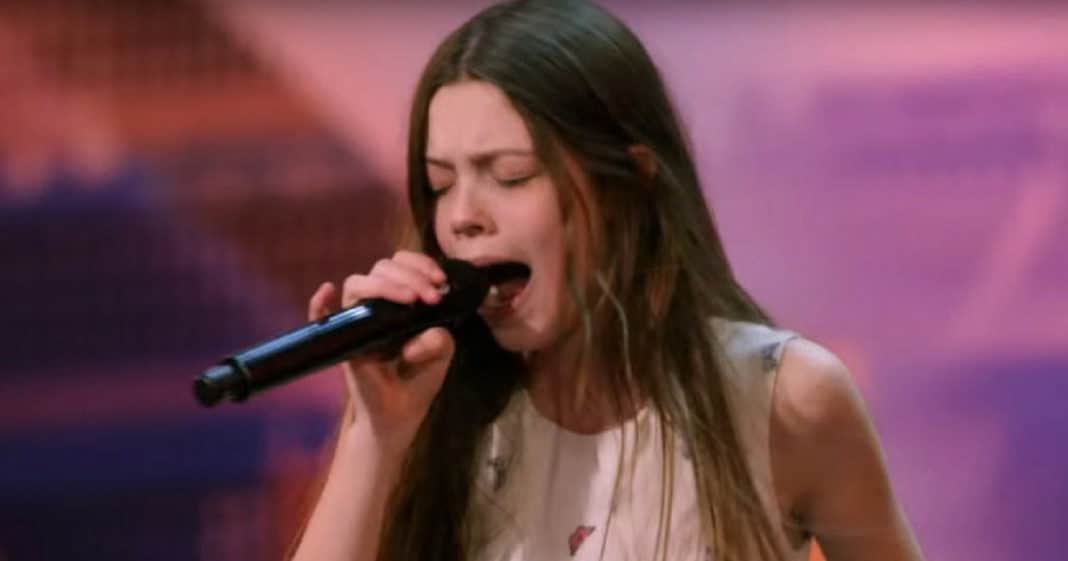 I’ve done my fair share of singing in public. Granted I’ve never done anything to match America’s Got Talent, just for wedding ceremonies and in church. But I can completely relate to feeling nervous like AGT contestant, 13-year-old Courtney Hadwin.

The shy young woman was a finalist in the U.K’s The Voice. She appears unassuming and very quiet as Mel B chats with her before she hits the stage. But wow, once the music starts, Courtney transforms into someone none of the judges expected.

She shocked them all as she belted out Otis Redding’s “Hard to Handle.” she dominated the stage, played to the crowd and judges. Everyone fell in love with this young lady. Heidi Klum’s jaw hit the stage floor. She was heard saying, “Oh. My. God.”

The usually steady, cynical and unflappable Simon Cowell said, “Bloody hell, Courtney. “You were like this shy little thing when you first came out, and then you sing. You’re like a lion.”

But it was Howie Mandel who made the young teen’s night when he hit the Golden Buzzer, sending Courtney directly on to the live shows later in the season.

“You are not from this era. You’re from a whole different era. And I’m a huge Janis Joplin fan and there’s a story — if you’ve ever watched the documentary — Clive Davis, he goes to the Monterey Pop  Festival and he sees this young girl that nobody’s ever seen before, that nobody knows. It was the first time that Janis Joplin got signed and that changed her life. I’m not Clive Davis, I’m Howie  Mandel, and I can’t sign you to a record deal. The only thing I can do for you, young lady, is give you…”

Confetti rained down as he slammed his hand on the buzzer. Courtney burst into happy tears.

She later took to social media. “I didn’t know what to expect when I auditioned for @AGT, but the golden buzzer was more than I ever could have dreamed of.”

You won't believe your ears or eyes.See why Howie Mandel called Courtney Hadwin the next Janis Joplin on #AGT!