12-Yr-Old Dog Sparks Panic When He Goes Missing, Then Family Sees Note Attached To His Collar 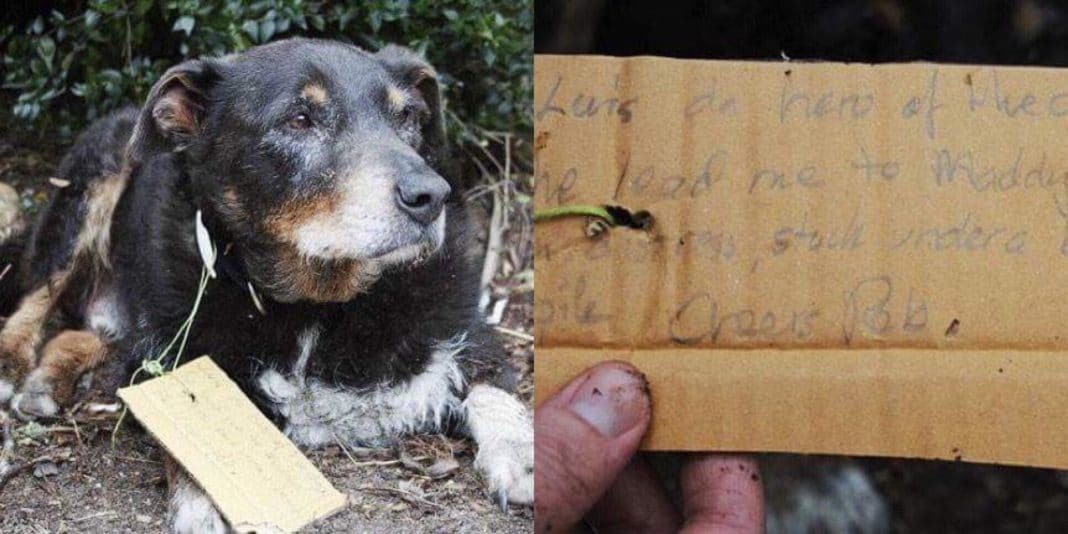 We tend to worry more about our pets as they age. They experience more medical issues, forcing us to drag them to the vet more often. We fret over every lump and bump; are they eating enough or too much? How about their liquid intake? Are they breathing all right? If your dog is older and suddenly disappears, it’s no wonder your heart would drop to your toes. That sickening feeling of dread won’t go away until your pooch is back home safe and sound where they belong.

Louie, the sheep dog’s owners, couldn’t mask their concern when their 12-year-old beloved dog went missing. His owners had no idea their old friend was on a rescue mission.

Over the course of one afternoon, the missing dog returned home. His owner said: “He looked so exhausted, and had basically just collapsed.”

What in the world had Louie been up to? Why would he be so tired? If I were his owner, I’d be frantic with worry.

Thankfully, his owner wasn’t stressed out for long. Louie’s fatigue was explained in a note that someone had thoughtfully attached to his collar.

“Louie is the hero of the day. He led me to Maddy in distress stuck under a branch pile. Cheers, Rob”Rob is a farmer who lives nearby. Maddy is his dog. That day, Rob couldn’t find Maddy. Louie came to rescue, insisting Rob follow him.

Louie the sheepdog heroically saves fellow doggle Maddy after she got trapped under brancheshttp://ow.ly/kP2P30fZ5S3?Marolyn Diver

Posted by Doggletoggle.com on Friday, November 17, 2017

How would Louie know Maddy was in distress? Do dogs have some way of communicating science has yet to understand? How did Louie know to head to Rob’s place?

When he arrived at Rob’s, the smart old boy led him to a tree. Maddy was stuck beneath a pile of branches. Louie didn’t stop there.

“Once he found her, Louie helped Rob dig her out, pulling at branches, digging out the ground” until she was safe.

Such a good boy, that Louie! He responded how sheepdogs are supposed to – caring for animals in distress. Though Maddy wasn’t part of his herd, the old sheepdog helped save her. Louie’s a hero in our book.