12-Year-Old Steps Up To Mic. When She Opens Her Mouth Crowd Is Speechless 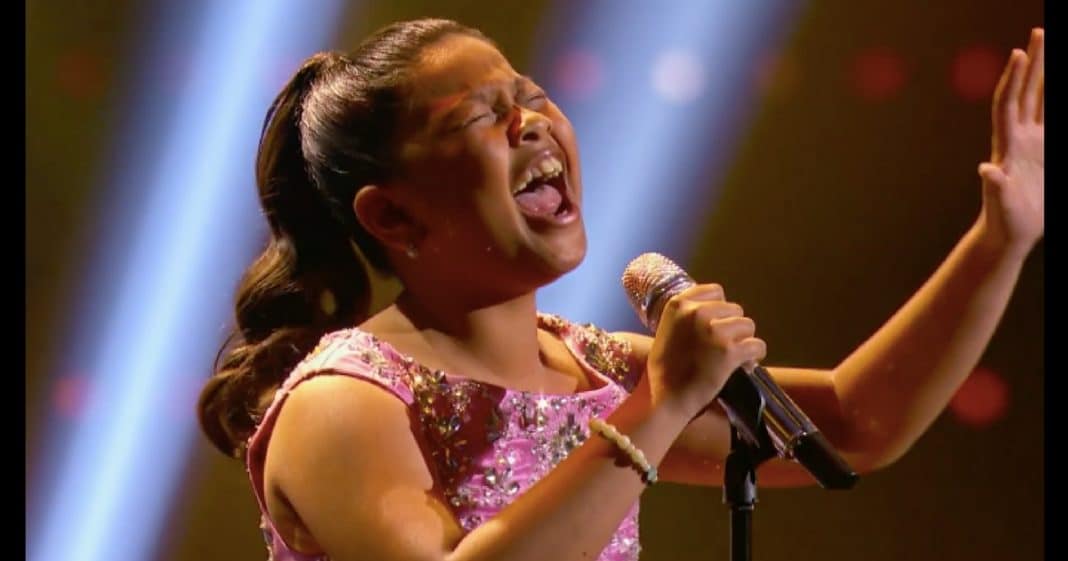 TV host Steve Harvey had a hit on his hands with Little Big Shots when it premiered last year, and now he’s back with even more insanely talented youngsters.

These are kids with talents that leave even the adults in the room in total shock, but if there was one highlight from a night full of them it would have to be 12-year-old singer Elha Nympha’s solo.

As soon as the young girl opened her mouth, the entire audience knew they were about to hear something special!

Elha chose to cover Sia’s “Chadelier,” a song that is notoriously difficult due to its quick range jumps. It was no problem for Elha, though! She hit each note flawlessly and had the entire audience on their feet by the end!

Elha isn’t new to the stage. The young girl from the Philippines actually found fame after winning the second season of The Voice Kids in her native country.

As a child she worked selling bananas to help support her family, but her mom noticed her gift for singing and helped her pursue her career.

We’re sure this isn’t the last time we’ll be hearing from this incredibly talented young lady!

Were you as blown away as we were by Elha’s performance? So share this!