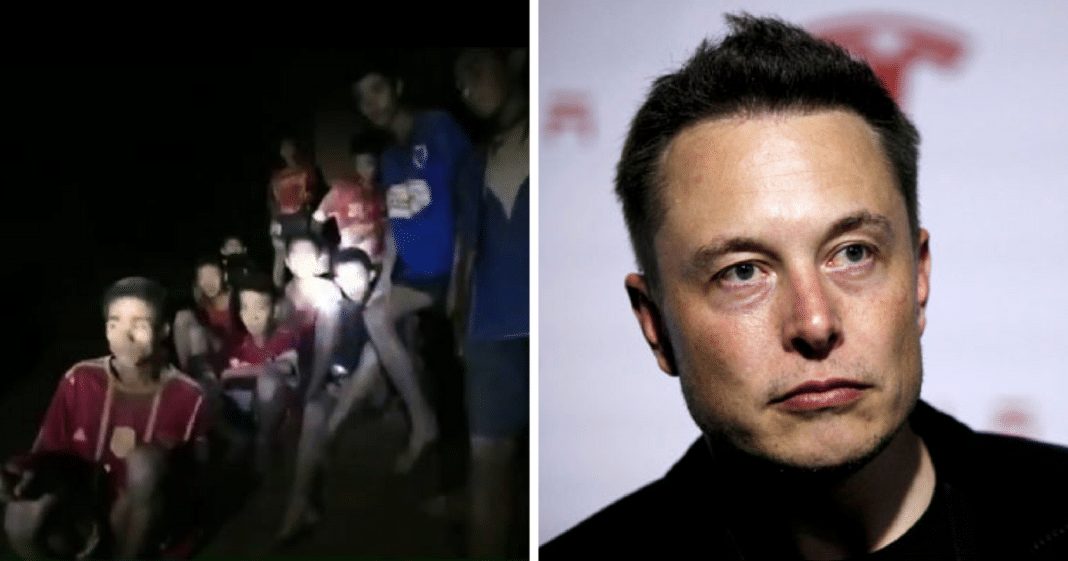 Pressure is mounting on Thai authorities to bring forward a rescue plan for 12 boys and their coach trapped deep inside a flooded cave in northern Thailand.

The boys, members of a youth football team, and their coach have been trapped in the labyrinthine cave at the Tham Luang Nang Non complex for nearly two weeks, unable to navigate their way out of a series of narrow passages after floodwaters forced them to take shelter on a rocky ledge.

A former Thai navy diver has died while taking part in efforts to rescue the trapped boys and their football coach. Petty Officer Saman Gunan lost consciousness on his way out of the Tham Luang cave complex, where he had been delivering air tanks.

In a possible new bid to avoid the waters, engineers working for tech billionaire Elon Musk will be dispatched to Thailand. In a series of tweets, Musk said his tunneling firm Boring Co. and others will look for potential ways to reach the underground chamber in northern Thailand. He made the announcement on Twitter after brainstorming different ways to evacuate the children.

Elon Musk is ready to take the human race to Mars???https://bizboo.st/2d8LbqW

The 47-year-old entrepreneur said his Boring Co, which digs tunnels for advanced transport systems, could feed a nylon tube into the submerged sections of the cave before inflating it ‘like a bouncy castle’ to create an underwater tunnel.

Maybe worth trying: insert a 1m diameter nylon tube (or shorter set of tubes for most difficult sections) through cave network & inflate with air like a bouncy castle. Should create an air tunnel underwater against cave roof & auto-conform to odd shapes like the 70cm hole.

Musk said engineers from his Boring Co and SpaceX companies needed to be on site to oversee the evacuation.

The schoolboys are trapped 2,600 ft underground, the equivalent of two Empire State Buildings stacked on top of one another.

A spokesman for The Boring Company told the BBC: ‘We are speaking with the Thai government to see how we can help, and we are sending SpaceX/Boring Company people from the US to Thailand today to offer support on the ground.

‘Once we confirm what exactly will be helpful to send or do, we will.’

This is not the first time Musk has been approached to assist in a disaster zone.

The Puerto Rico government called on the 47-year-old billionaire for help last year, after a devastating hurricane hit the Caribbean island.

As well as providing expert advice to help rebuild the island’s infrastructure, electric automaker Tesla sent high-capacity battery packs to help keep the lights on in local homes and businesses.

Video footage of the trapped boys in Thai cave

Medics treat the trapped Thai boys and their football coach as the rescue effort to free them from the flooded cave continues.Read more: yhoo.it/2tTTmRO

Our thoughts and prayers are with the young boys, the coach, their families and all of the people involved in this dangerous rescue mission. We hope they are able to safely return home as soon as possible.