11-Yr-Old Calls Cops On Drunk Driver, Then They Discover Who She Is 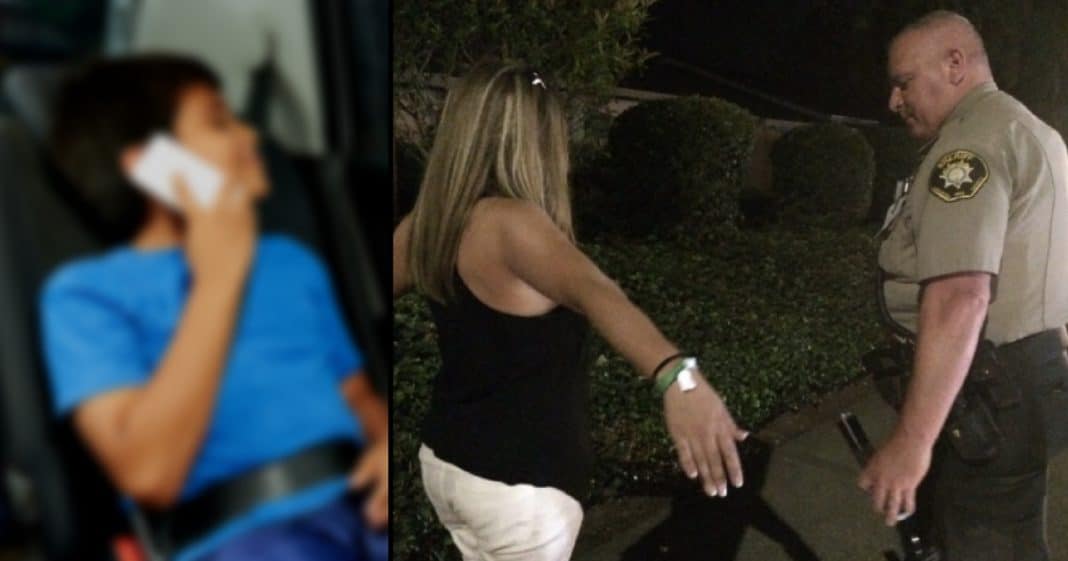 When police officers in Hillsboro, Oregon, got a call about a drunk driver, they figured it was going to be a run-of-the-mill DUI bust. But it wouldn’t take long for them to realize that this call was anything but routine!

The person on the other end of the line was an 11-year-old boy reporting erratic driving. The kicker? The driver was his mom!

Nicole Norris, 30, had been at a Hillsboro Hops minor league baseball game with her son and they were on their way home when the young boy realized something wasn’t right. Scared for his own safety, he grabbed the phone and dialed 911.

“He was able to tell us how much he saw her drinking, and told us he thought she hit a curb,” Wilde added. “Her driving was so bad he realized this was not normal.”

Though the boy didn’t know exactly where they were, he was finally able to give dispatchers the name of a restaurant they had passed. The dispatchers used this information, as well as GPS coordinates from the cell phone, to locate and track the vehicle.

At one point, the tracking stopped, but police were able to find Norris close to her home.

“I think Mom told him to put the phone down,” Wilde said, “we lost that ability to track the phone, which is why we got to where we thought they lived.”

Norris blew almost twice the state’s legal limit in a breath test and was arrested and charged with driving under the influence of intoxicants. She could also face child endangerment charges.

Wilde knows it wasn’t an easy decision for the boy to call the cops on his mom, but is proud of him for doing the right thing.

“He was a very brave courageous young man,” Wilde said, “sometimes doing the right thing is not easy.”

The boy has been placed in the custody of his grandparents. Norris was released on her own recognizance pending a court hearing.

Are you proud of this young boy for what he did? So share this!