11-Yr-Old Boy Sees Age 3 Girl Go Underwater In Lake, Then Realizes She’s Not Coming Back Up 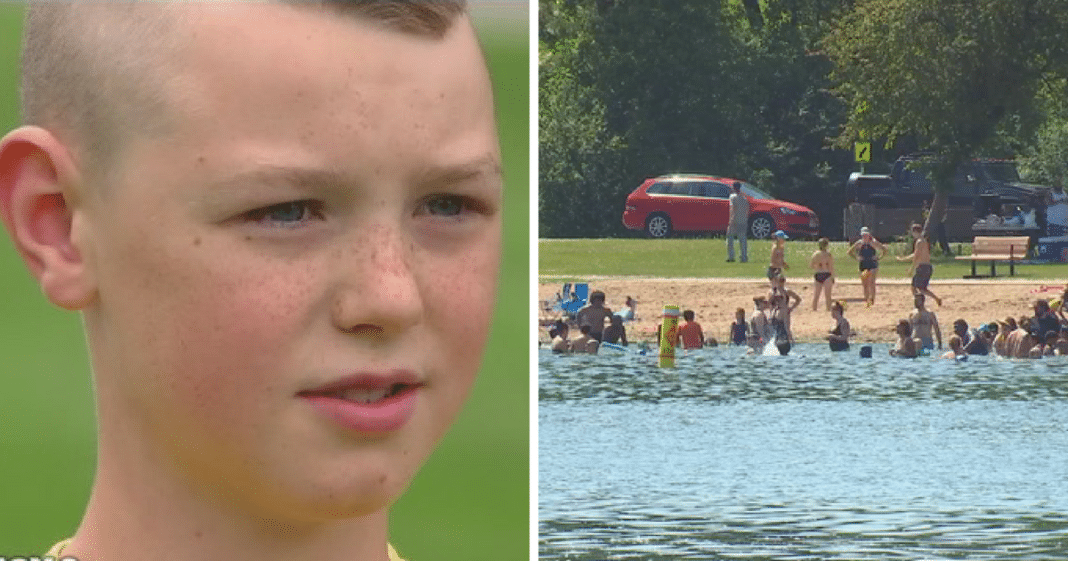 Everrett Melling, 11, from Arden Hills, Minnesota is been hailed a hero after his quick thinking saved a 3-year-old girl from drowning over Memorial Day weekend.

While Everrett was enjoying the holiday weekend with his family at Lake Johanna he had no idea he’d be a part of a much bigger story.

As the boy was playing in the water he spotted a little girl who was floating just beneath the water. He quickly swam over to the little girl and noticed she was unresponsive.

“Her head was under water,” Everett told KSTP. “She wasn’t moving at all.”

Once he realized it wasn’t a game he ran to his mother, Elena Melling, and asked for help. She immediately started yelling, “Drowning!”

Right away, people began to react. Several nurses just happened to be nearby who ran to the call of duty. They performed CPR on the little girl and were able to revive her.

“I feel like it was a miracle, because by the time he told me, and I reacted, and other people reacted, she was face down in that water for so long and not struggling,” Elena told KSTP, “It was amazing they were able to revive her. I was so thankful.”

After this weekend’s events, the mother and son plan to get certified in CPR. “We need to know how to respond in these situations and be ready,” Elena said.

She also wants to emphasize to people the importance of remaining safe while having fun in the water. Reminding us of “the beast that water is and recognize the danger.”

Thanks to Everrett’s attention to detail and the medic’s quick response, the 3-year-old is expected to make a full recovery.