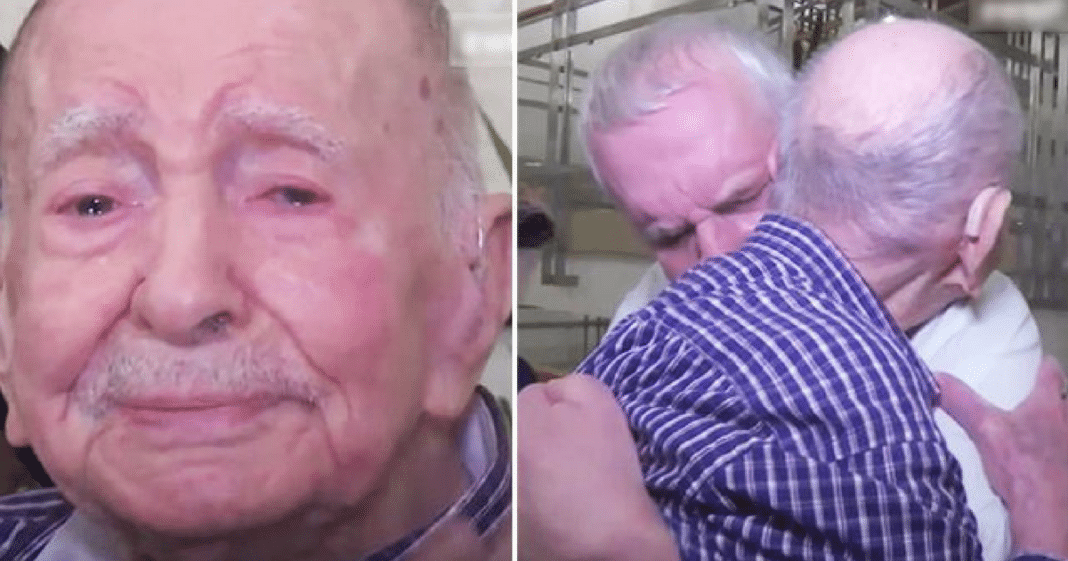 Imagine waiting an entire lifetime to find out family members who you thought had perished in the Holocaust actually survived.

With the death toll at approximately 6 million, the individuals who survived the atrocities of Hitler’s concentration camps all share similar stories. They walked away with only their lives, many had no family left to speak of.

Thankfully, one organization has made it their mission to give each Jew murdered a memorial.

Yad Vashem’s Shoah Victims’ Names Recovery Project records biographical information in their Pages of Testimony so that each individual’s is accounted for.

“Since 1955, Yad Vashem has been fulfilling its mandate to preserve the memory of Holocaust victims by collecting their names, the ultimate representation of a person’s identity…. This is a race against time, before those who remember them are no longer with us,” the website states.

Recently, Yad Vashem’s project led to an incredible family reunion that resulted in a most unexpected homecoming.

Hagit Weinstein Mikanovsky had spent hours on the Yad Vashem database searching for information to fill out her family tree. During her search, she discovered that she was related to Eliahu and Volf Pietruszka.

As Mikanosvsky continued her research she found some conflicting information.

Apparently, Volf had registered his brother Eliahu as deceased since he knew nothing of his whereabouts or survival after the Holocaust.

But Eliahu had survived and fled to Poland when he was 24, right after World War II began. He also assumed his twin brothers, Volf and Zelig, as well as both of their parents had died in the concentration camps.

Unfortunately, Eliahu was correct about his parents and Zelig. Except Volf had actually managed to escape from the Siberian work camp where he’d been detained.

Unaware of his brother’s status, Eliahu later married and settled in Israel and was currently living in a retirement home.

Eventually Mikanosky was able to contact Eliahu’s grandson, Shakhar Smorodinsky by email and explained her findings.

With Smordinsky’s help, they found that Volf had worked as a construction worker in Russia and passed away in 2011. He was survived by a son, Alexandre, 66.

Eliahu Pietruszka, a 102-year-old Holocaust survivor, thought his whole family had died. That is until he found out he had a nephew. https://usat.ly/2hHfpEG(Photo: Sebastian Scheiner, AP)

They contacted Alexandre right away and informed him that his uncle Eliahu was still alive.

Arrangements were made for the pair to meet and finally at the age of 102, Eliahu saw his nephew for the first time. The heartwrenching reunion was filmed by The Associated Press.

“It makes me so happy that at least one remnant remains from my brother, and that is his son. After so many years I have been granted the privilege to meet him,” Eliahu said.

Thanks to Yad Vashem, families affected by the tragedies of the Holocaust are finding closure and slowly putting the pieces of their family tree back together.

A Holocaust survivor meets his nephew for the first time

This is the moment a 102-year-old Holocaust survivor meets the nephew he never knew he had. Eliahu Pietruszka had grown up thinking his whole family had been killed in a Nazi death camp.

Debbie Berman, a Yad Vashem official who came to the reunion, commented, “I feel like we are kind of touching a piece of history.”