102-Yr-Old Handcuffed, Put In Back Of Police Cruiser To Fulfill Bucket List Wish 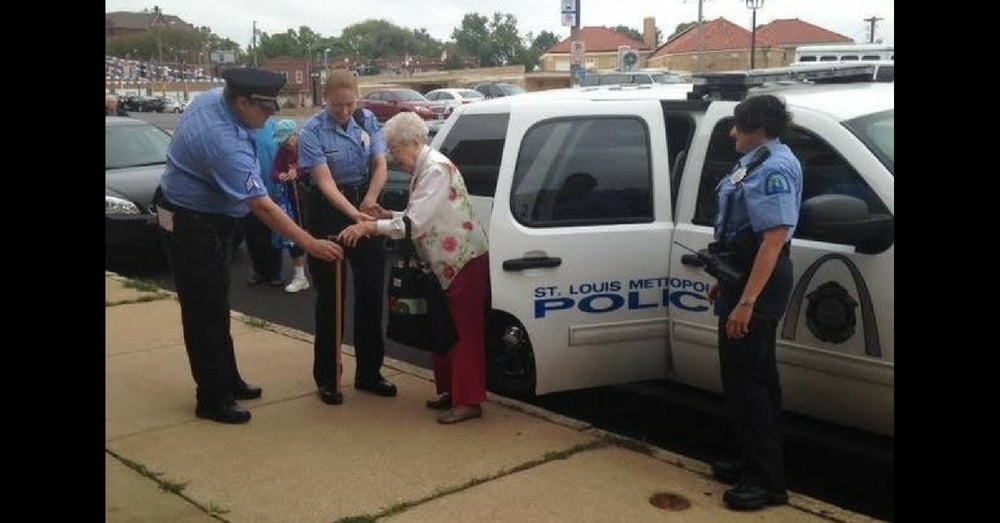 This arrest was one for the books.

Edie Simms, a 102-year-old Missouri woman, was handcuffed and placed in the back of a police cruiser Friday as officers helped her fulfill an unusual bucket list wish: getting arrested.

“We love it and we get more out of it than the seniors do,” St. Louis Police Sgt. John McLaughlin told the station. 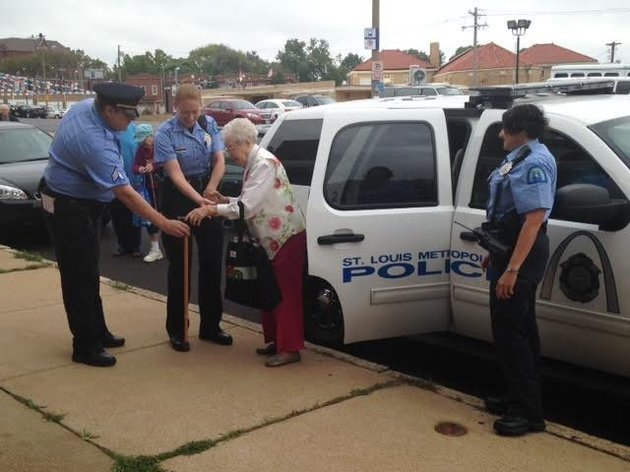 Edie Simms is seen being helped out of a police car following a fun-filled ride on Friday. ST LOUIS METROPOLITAN POLICE

Asked if she enjoyed her ride, Simms answered: “Oh yes, handcuffs and all.”

The unusual treat was one that followed several years of Simms creating and donating handmade items to the residential center’s members, the center’s executive director, Michael Howard, told The Huffington Post Monday.

“Like walker bags, eyeglass cases, pillows, scarves,” Howard rattled off some of the items donated by Simms through a volunteer.

Though they came to appreciate Simms’ generosity, the center’s members never formally met her until Friday. 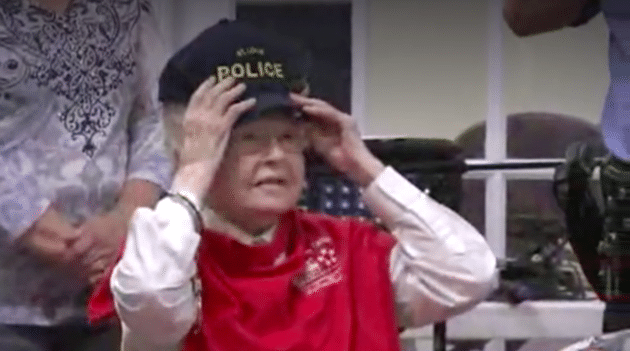 The do-gooder is seen trying on a St Louis Police Department hat after handing out handmade gifts to some of the senior center’s guests. KPLR

Since one of the center’s volunteers is friends with a local police officer, the police department “offered to send a police cruiser to take her” to the center, Howard said.

Simms’ reaction was one of unbridled joy.

“She said oh that’d be wonderful and said, ‘do you think that they’d put the handcuffs on me?’” Howard recalled.

Once in the back of the car, Howard said Simms was one proud passenger.

While passing a county police officer, Howard recalled: “Edie held her hands up to show that she had the handcuffs on! She’s just such a neat lady.”

Read more about this awesome centenarian on The Huffington Post!