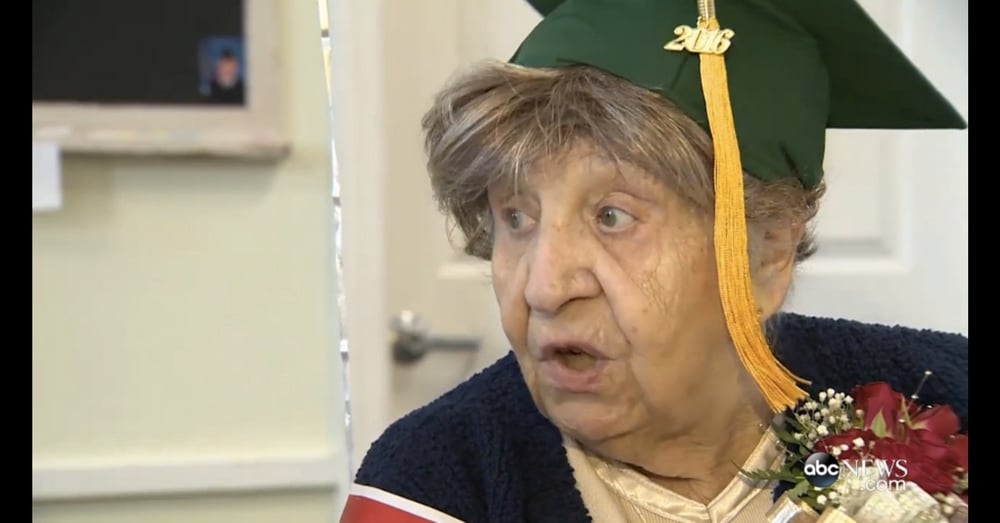 A Massachusetts woman turning 100 on Friday recently got an early birthday surprise: the high school graduation she never had over 80 years ago.

Just before Clare Picciuto was supposed to start high school in the early 1930s, the Great Depression hit, according to her daughter, Deborah Picciuto. Clare was asked by her parents to stop her education and start working, Deborah said.

“Her brothers were allowed to continue with their education, and she always bemoaned the fact that she wasn’t able to,” Deborah Picciuto, 59, told ABC News today. “But she never lost her love of learning.

Clare would read dictionaries and encyclopedias for fun, and she constantly reminded Deborah — and later, Deborah’s daughters — to never take their education for granted and to always study hard, Deborah said.

“She’s been to so many graduations — my high school, college and grad school ones — and a bunch more for all of my daughters’, but she’s never had her own,” Deborah said. “So I wanted to give her that.”

Read more about this inspiring new graduate at ABC News!