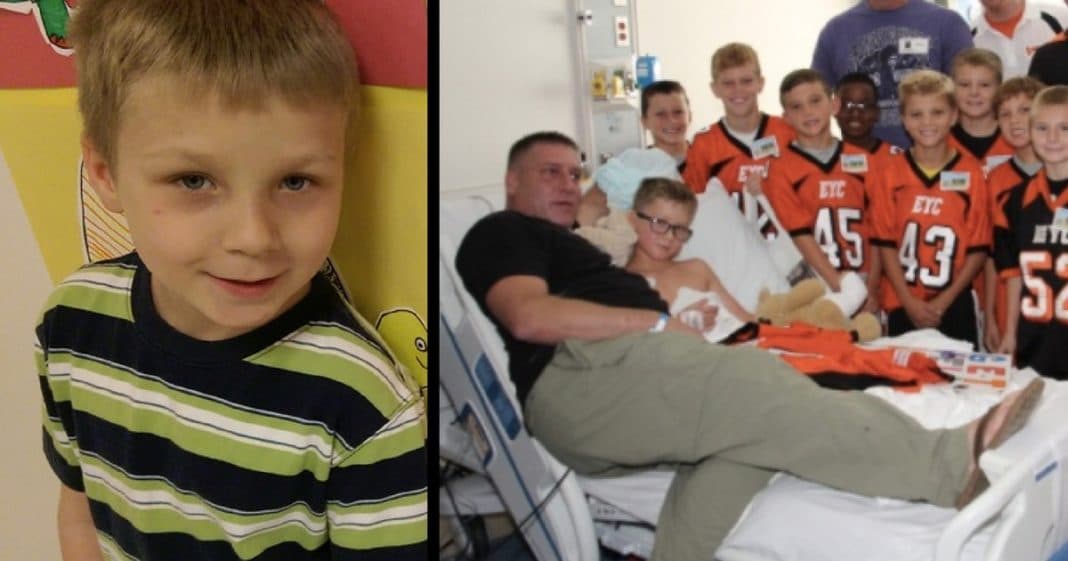 Ayden Zeigler-Kohler is just like any other 10-year-old boy. He loves to run around outside, play football, and hunt and fish.

Seven months ago, though, Ayden was at football practice when he passed out while running a lap. They rushed him to the doctor where they discovered the young boy had two tumors on his brain.

Doctors told the heartbroken family that one of the tumors was inoperable because it was on Ayden’s brain stem. They gave him between eight and 12 months to live.

At first Ayden’s family frantically searched for a clinical trial that might offer some hope of a cure for their son, but the tumors are highly aggressive and notoriously difficult to treat.

Instead, his family is now focusing on making sure Ayden can enjoy his final time on earth.

Bill said he really struggled when he first returned from Iraq, but Ayden’s birth changed all that. He says Ayden saved his life, and now he is determined to help Ayden live the rest of his life to its fullest.

The family is still praying for a miracle, but in the meantime they have enlisted people in their community to help Ayden make special memories, like honoring him at football and basketball games and going on special trips.

Bill got to watch Ayden shoot his first buck this winter, and he even got Ayden’s wheelchair fitted with a special extendable arm that can support his crossbow when they go on a hog and ram hunt.

Bill said it is difficult to plan events very far in advance because Ayden’s health is deteriorating and they don’t know how much longer he has left, but he has promised his son that he will be by his side for it all.

“No matter how this turns out, son, I will be by your side,” Bill told Ayden. “The whole way.”

You can follow Ayden’s adventures on a Facebook page the family has set up, and if you would like to help support the family you can visit their GoFundMe page.

Were you touched to see how this father is working to make sure his son’s last days are special? So share this!