10-Yr-Old Boy Shares Tear-Jerking Plea For A Family To Adopt Him: ‘I’ll Do Anything For Them’ 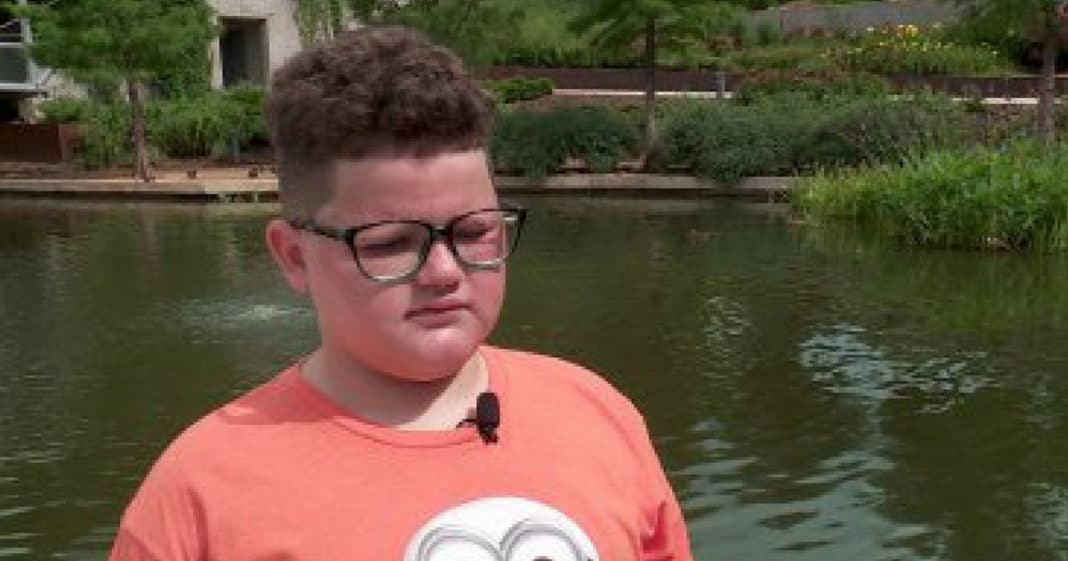 There are thousands of children in need of a family. 10-year-old Jerimiah is just one of many. He’s been living in an Oklahoma group home for the past three years. He knows his eighteenth birthday will come all too quickly. That’s why he’s promised the folks who will hopefully adopt him that he’ll do anything for them.

The young boy spends his time playing video games and swimming at the local YMCA. Reading is another favorite pastime of his. He’s currently enjoying a series of children’s books titled “Underworld.” The series follows a boy who fights monsters as he tries finding a lost friend.

Jerimiah has said he’s having issues with some of the boys in his group home. “I want to be adopted because I get beat up in my group home,” he told KFOR News. His adoption worker said they are working with him to resolve this matter.

‘I’ll do anything for them,’ says 10-year-old who wishes for a new family, homehttps://t.co/DXR5An9XLC pic.twitter.com/k1HilVPSRQ

This story breaks your heart. It did mine. I can’t imagine living with children who mistreat you. And not having a family of your own, people who love you unconditionally, who teach you life lessons you can’t learn in the care of the state causes these kids to miss out on important events that deserve to be shared with family.

This young man knows his time for finding a family of his own won’t last forever. His urgency and maturity are evident. “By the time I’m 18, I might not be adopted by then, and I don’t want that to happen to me,” he said. “And I don’t want to be in a group home until I’m 18.”

Sadly, there are too many kids in Jerimiah’s situation. If his heartbreaking story has touched you, you can call the foster parent hotline at 1-800-376-2979. If you’d rather, you can also contact your state’s Department of Child Safety.

Jerimiah sounds like an adorable kid. I hope he finds a loving family soon!